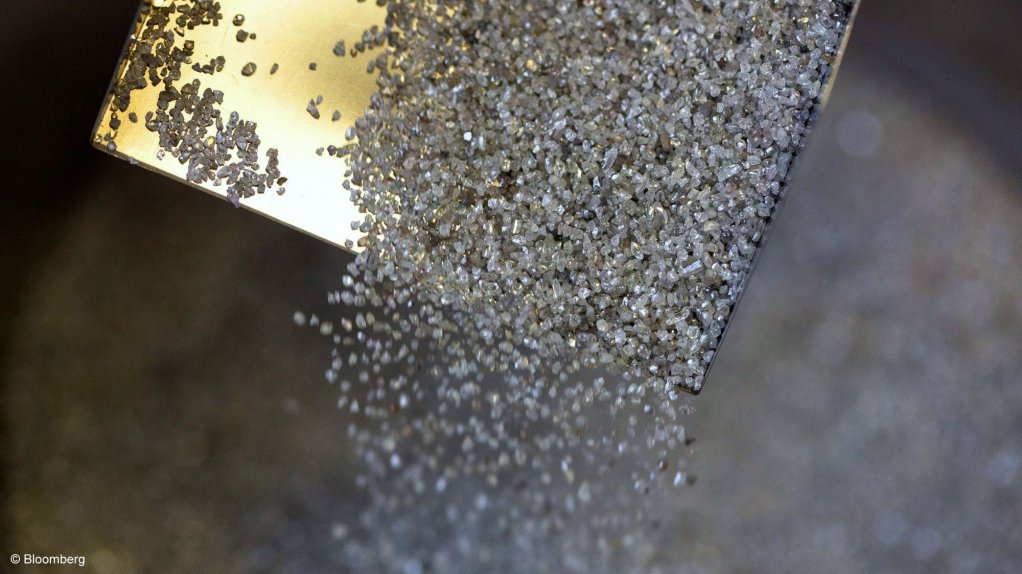 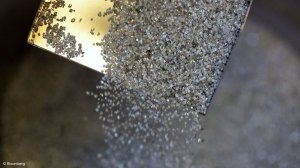 Russia-based diamond miner Alrosa has completed the first phase of a study, set to continue into 2023, into kimberlite’s ability to absorb carbon dioxide (CO2) from the atmosphere.

This follows preliminary studies undertaken by Alrosa and Russian research centres showing a degree of interaction between kimberlite and CO2 in the atmosphere.

The discovery of kimberlite ore’s ability to absorb carbon has created the opportunity for diamond mining companies to advance climate initiatives involving CO2 capture and storage.

The initial results show that the CO2 absorption potential is comparable to, and in some scenarios several times greater, than the CO2 emissions of the entire Alrosa group.

Preliminary results, therefore, indicate that CO2 absorption by kimberlite in the Udachnaya pipe could be as high as 80 kg/t of processed raw material, which is almost four times greater than the diamond mining industry’s average yearly CO2 emissions.

The preliminary studies focused on the chemical processes that occur in spent ore, and included ore samples in various stages of their lifecycle, such as extraction, processing and post-processing storage.

Selected ore samples that had gone through the technological cycle and been placed in tailings storage tanks for a period of between one month and ten years were compared with original kimberlite samples extracted from the drill core sample.

Alrosa innovation and technology centre head Mikhail Dubovichev says the company is planning to engage leading geochemical and geological research centres in the process of the study.

“If future research confirms the preliminary data, we will have established significant potential for compensating greenhouse-gas (GHG) emissions in diamond mining through the ore’s ability to absorb CO2 from the atmosphere.”

He adds that this discovery could mark a new step in the efforts to preserve the Earth’s ecosystem.

“Alrosa group currently generates around 90% of its power from renewable sources, while its logistics function is replacing traditional liquid fuel with natural gas, enabling a structural reduction in GHG emissions.”

However, she says achieving carbon neutrality today merely by upgrading existing production processes is challenging. “Alrosa’s ambitious carbon neutrality goals can only be met through a combined approach that also includes absorbing CO2 from the atmosphere and offset measures.”

Together with the Moscow State Institute of Radio Engineering, Electronics and Automation and the Institute of General and Inorganic Chemistry of the Russian Academy of Sciences, Alrosa experts have authored an article titled ‘Potential for Compensating Greenhouse Gas Emissions from Alrosa Group Enterprises by Carbonisation of Processed Kimberlite’.

The article has been accepted for publication in the Rational Exploitation of Mineral Resources scientific journal.

Further, earlier in September, Alrosa presented a sample of kimberlite ore at the Living Matter exhibition, devoted to the evolutionary processes of the planet’s ecosystem, new principles of ecological thinking, and potential forms of coexistence between people, animals, the organic and the inorganic world. The exhibition was held in the New Tretyakov Gallery in Moscow, Russia, from September 8 to 10.