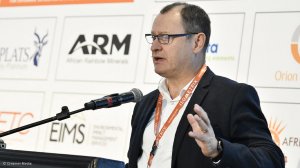 Economist Dr Roelof Botha, who compiles the index on behalf of Afrimat, on Thursday said it was, nevertheless, encouraging to note that the first-quarter ACI had improved on a year-on-year basis, which was better than the zero real growth recorded for the economy as a whole since the first quarter of last year.

“The recessionary environment in the South African construction sector is confirmed by a declining trend in the ACI’s four-quarter average value that lasted for seven successive quarters, although there was a marginal upward movement this quarter,” he pointed out.

Botha noted, however, that the ACI was now 9.1% higher than eight years ago, GDP had expanded by 12.2% over the same period, and that this signalled a below-par performance for the construction sector.

“This reflects a dire need for government to incentivise a higher level of business activity throughout the whole of the construction sector supply-chain, especially via a revival of the Reconstruction and Development Programme (RDP) housing scheme and restoring the functionality at dozens of bankrupt municipalities,” he stated, highlighting that the latter would assist local governments in accessing conditional grants earmarked for infrastructure.

He further indicated that the best performing ACI subindices during the first quarter had been the values of building plans passed and buildings completed, when compared with the previous quarter.

Compared with the same quarter last year, the best performers were the values of buildings completed and building material sales.

“Unfortunately, the other six indicators recorded declines, although this was not unexpected [owing] to the traditional spike in construction activity during the second half of each year, which is followed by a dip in the first quarter of the following year.”

According to Botha, the key factors that weighed on construction sector activity during the first quarter of the year included ongoing fiscal restraint as a result of slow growth in taxation revenues and the need to curtail the growth in public debt, as well as the refusal by the Reserve Bank’s Monetary Policy Committee (MPC) to adopt a more accommodating policy stance.

He stated that South Africa’s real repo rate was 450 basis points higher than the average real bank rate for the eurozone.

Additionally, high domestic interest rates have dampened construction activity through an increase in the real cost of capital of more than 100% since the retirement of former Reserve Bank governor Gill Marcus.

Moreover, lingering uncertainty over the issue of land expropriation without compensation has caused a predictable hesitancy among property developers and other investors to engage in construction activity, Botha said.

In the run-up to the May national elections, many public sector agencies and government departments were also rendered less efficient, owing to uncertainty over the likely results and the high level of politicisation that exists in all three tiers of government, he elaborated.

High levels of crime and intimidation being experienced at building sites, have also been cited as a concern, which the South African Institute of Consulting Engineers has brought to government’s attention.

Botha was, nevertheless, confident that construction activity should improve considerably during the second half of the year and gain further momentum in 2020.

“President Cyril Ramaphosa has made it abundantly clear that, apart from combating corruption, higher economic growth and employment creation will be afforded overriding priority during his term of office.”

Botha added that the gradual implementation of the recommendations of the National Development Plan, especially the emphasis on creating new infrastructure and targeting sectors with high growth potential, could soon lift the construction sector to a new sustained growth path.

“A particularly welcome development that augurs well for construction activity in Gauteng is the announcement by Transnet that a concession will soon be awarded for a public–private partnership to build and operate a new R2.5-billion inland container terminal.”

The Tambo Springs Intermodal Terminal will be built on a 607 ha property near Vosloorus, in Ekurhuleni, and is expected to catalyse further logistics-related investments worth R20-billion over the next 15 years.

The Gauteng government also plans to invest R6.5-billion to strengthen the road infrastructure around the Tambo Springs Logistics Gateway.

According to Botha, projects such as these were needed in the country’s other metropolitan centres and the streamlining of the regulatory environment, combined with the adoption of public–private partnerships, could spark a revival of construction activity in the near future.

“We are seeing some evidence of green shoots in the construction space, with certain elements of the economy stabilising to some extent, although this is currently limited to smaller projects in KwaZulu-Natal, Gauteng and the Western Cape, with noted improvement in the eastern Free State particularly,” said Afrimat CEO Andries van Heerden, who believes this bodes well for the sector if the trajectory continues.

He warned, however, that it was still too soon to tell if the recovery would be full-blown.

“Therefore, Afrimat will continue to look for further opportunities to diversify, where feasible and sensible, while still providing quality products, backed up by our excellent management, marketing and business development teams who thrive in an entrepreneurial environment, where challenges come with the territory,” he noted.

Afrimat is an openpit mining company that produces construction materials, such as aggregates and concrete products, as well as industrial minerals, such as iron-ore.