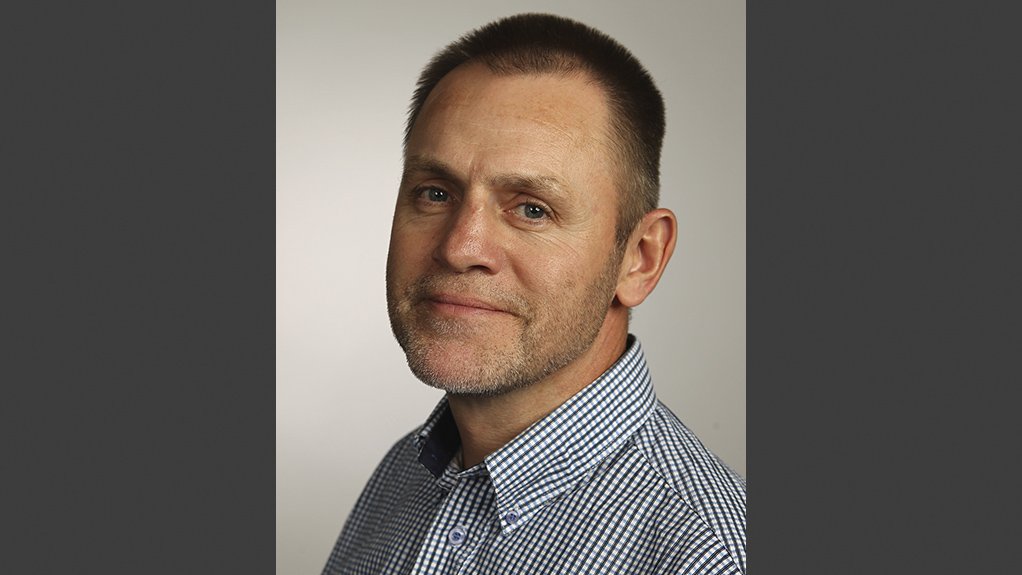 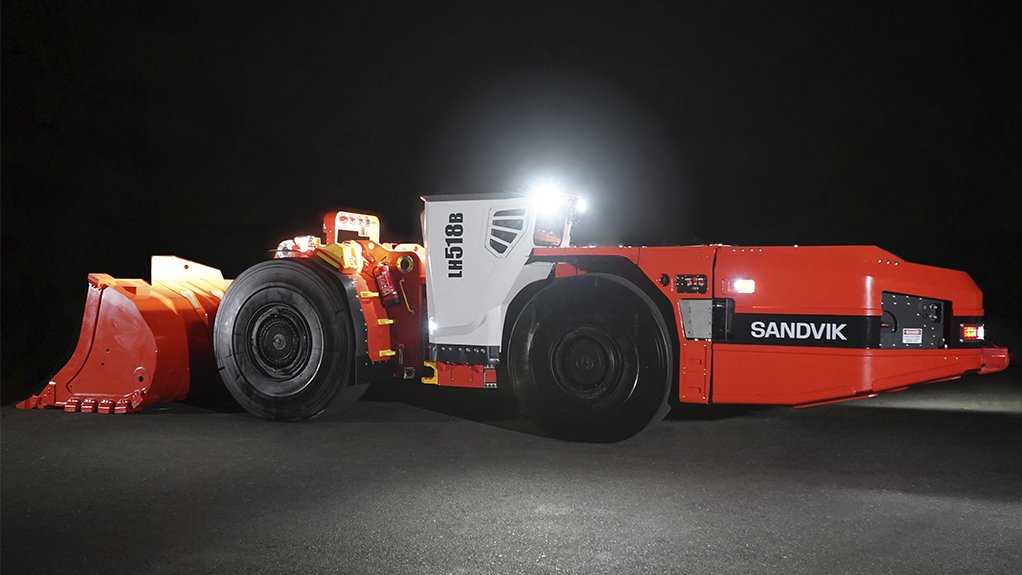 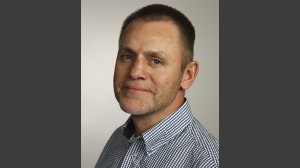 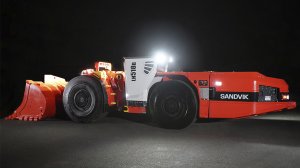 SIMON ANDREWS The uptake of battery technology in Africa in its uptake will not be driven by legislation as it is in Europe
ELECTRIC SOLUTIONS The LH518B battery loader from Sandvik has been designed, from the ground-up, entirely around the loader’s Artisan battery system and electric driveline

Following the opening of Sandvik Mining and Rock Solutions’ Battery Electrification Innovation and Development Centre in Turku, Finland, in 2018, Sandvik announced that it had strategically acquired US battery-powered underground equipment manufacturer Artisan Vehicle Systems in early 2019.

Andrews says battery technology is developing at a very fast rate, and the acquisition forms part of Sandvik Mining and Rock Solutions’ aim to position itself in this fast-growing market. The company aims to launch its own specially designed battery electric vehicles this year.

The first battery electric vehicle units from Sandvik Mining and Rock Solutions will begin trials this year in the US, with a full market offering becoming available by early next year.

Andrews says that, while battery technology is not new, Sandvik Mining and Rock Solutions aims to approach it in a fresh way.

He notes that the complexities inherent in battery management – including servicing, recharging and environment-friendly disposal – can be a deterrent for potential clients.

Therefore, it makes sense that the company manages the batteries on their behalf – a value-add proposition that is a fresh take on the battery-powered equipment sector, adds Andrews.

This approach, coupled with the relatively innovative battery technology that Sandvik Mining and Rock Solutions acquired from Artisan Vehicle Systems, means that the OEM’s strategy is to retain ownership of the batteries entirely.

Consequently, the batteries are leased, rather than owned, thereby releasing clients from the responsibilities of battery management.

Although numerous battery electric equipment options are available, Sandvik Mining and Rock Solutions is applying the technology with a more steady and strategic mindset to be a long-standing and formidable competitor in the sector. This included a complete rethinking of not only the technology but also its roll-out and management over time.

“We believe that this technology has a place in Africa, and the reason we have not introduced it at the rates of some of our competitors is that it’s not simply about replacing the engine with a battery – it involves replacing all of the mechanical operating units on the machine with electric units, driven wholly by battery technology,” Andrews says.

Meanwhile, one of the most commonly cited drawbacks of using battery-driven vehicles is short lifecycles, resulting in batteries being changed out midway through a shift, causing unwanted delays.

Andrews cites two solutions to this challenge. The first is that the batteries in Sandvik Rock and Mining Solutions machines have regenerative properties – the batteries, can recharge if, for example, the battery electric vehicle were to descend down a decline.

The second solution is the company’s AutoSwap feature, its patented self-swapping system for the Artisan battery pack.

“Battery swapping is made fast and easy, with minimum manual handling. Changing the battery takes only about eight minutes, and it can be done in a passing bay or old remuck bay, with no overhead cranes or external infrastructure needed,” Andrews explains.

He says the battery change can also enable an operator to “stretch his/her legs” outside of the cab.

Moreover, Sandvik Mining and Rock Solutions’ AutoConnect feature will also be available on some units, making swapping even faster by automatically connecting and disconnecting the battery pack to the machine. Aside from unplugging and plugging in the charger, an operator will not need to leave the cabin when using this feature.

The expansion of Sandvik Mining and Rock Solutions battery electric loader and truck offering is well under way, with the company preparing to enter new market areas globally, which will happen in phases and model by model.

Andrews says that, although Africa is ready for the adoption of battery technology, its uptake will not be driven by legislation as it is in Europe and North America.

“I believe that the decision to incorporate battery technology in Africa is going to be from mining operations and mining houses. That’s where the drive will come from.”

Discussions regarding battery technology will play a part in the virtual Investing in African Mining Indaba conference in February, which Sandvik Mining and Rock Solutions will attend.

“We’ll be watching the virtual event with great interest, and when there’s an opportunity for questions and answers, we’ll certainly be involved to ensure that we can hear about the kind of challenges mining houses have to deal with regarding the technologies we provide,” Andrews concludes.