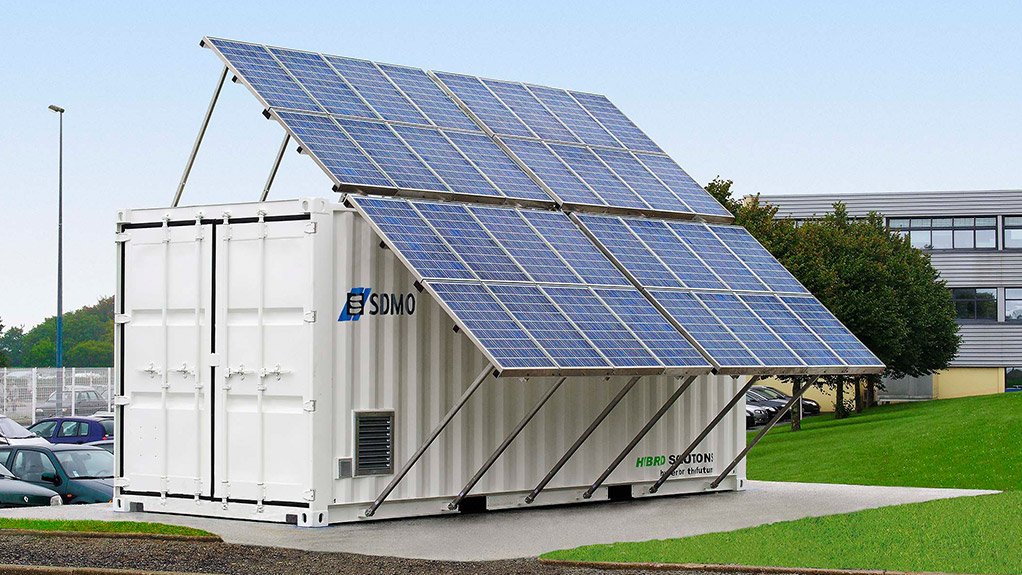 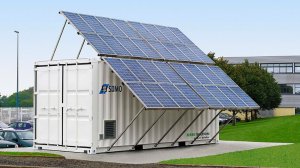 WASHINGTON – African Barrick Gold (ABG), which has three mines in Tanzania and is expected to mine about eight-million tons of gold-bearing ore this year alone, has been actively exploring renewable energy options for the past eight years, according to GM of technical services Nic Schoeman, and corporate manager, maintenance Manfred Hildebrandt.

In its attempts to move away from diesel generation, ABG first embraced grid power sourced by Tanexco, the electric supply company wholly owned by the government of Tanzania. Tanesco’s energy is greener than diesel because about half comes from hydro with another 40% from nearby gas reserves and 10% from thermal.

“Moving our operations from diesel to grid power ensured that a percentage would be renewable because of the hydro energy,” says Schoeman.

Given subsequent performance problems with grid power, ABG is now reassessing its options. The company is currently exploring the possibility of using solar energy for its Bulyanhulu mine.

Schoeman points out that there’s a six-hour window of maximum solar penetration in a given day for its three Tanzania mines: Bulyanhulu, which requires about 32 MW of energy, North Mara at 16 MW, and Buzwagi at 17 MW.

“If you get solar right, it has the potential to give us nearly 18% of our power needs,” he says.

Given the recent fall in gold prices, ABG needs to find a renewable solution that’s economically attractive. “Solar has improved significantly over the past few years with much better technology, and the capital costs per kilowatt-hour have reduced almost threefold. We believe solar is competitive but it’s not a total solution,” says Schoeman.

In 2006, ABG started on a strategy to put North Mara and the new project, Buzwagi, on the national grid; at the time, Bulyanhulu was the only mine using grid power. The decision looked simple because the cost of grid power was about one-third of diesel generation.

ABG is structured so that individuals at many levels of the organisation support decisions such as this. Schoeman, for instance, heads up a small group of technical experts that support ABG’s three mine sites and any new projects coming on line. Hildebrandt works closely with the company’s engineers and his team reports into Schoeman’s team. “Between Manfred and I, we speak to the site engineering staff and we develop strategies in terms of our power options,” explains Schoeman.

Once a proposal is finalised and the costs calculated, the recommendation goes to the senior leadership team, requiring approval from the CEO and the CFO. In some instances, the proposal must also be presented to the company’s full board.

Schoeman emphasizes that power needs fluctuate because the mines themselves change. He notes that as miners go deeper into the earth in underground operations, the heat increases and more refrigeration and ventilation are needed to provide workable conditions. As a result, he says, the power demands at Bulyanhulu are growing over time.

Unanticipated problems from moving to grid power quickly became apparent. Schoeman points out that Tanesco did not meet is own public power plan for increased generation. Tanesco’s grid stabilisation project also struggled and so the mines were not receiving a reliable energy supply.

Although moving to grid power clearly reduced unit energy costs, Schoeman points out that the costs from lost production from outages, equipment failures, and capital expenditures for grid protection can also be significant.

After consultations with Tanesco, ABG realised that the grid stability project would not be completed for many years and so it began exploring other energy possibilities. In 2010, ABG decided to ensure “spinning” minimum load power at North Mara by using 2.5 MW diesel gensets, as well as by installing full backup power at Buzwagi.

ABG also began revisiting other forms of renewables. The three mines use roughly 34 kWh of energy and half a ton of water per ton of ore milled. As a result, the company’s current energy costs for processing are more than $70-million a year. As part of its investigation into other options, earlier this year ABG put out a tender for a potential solar solution for Bulyanhulu that could take the form of an independent power project arrangement.

Schoeman points out that in spite of this setback, ABG’s greener energy plans have advanced in other ways. When ABG built Buzwagi, it designed for renewable energy systems. Schoeman is particularly proud of Buzwagi’s 75 ha water catchment area, which collects and stores rainwater in a large, enclosed plastic liner.

By harvesting rainwater, the mine no longer pumps water from Lake Victoria and transports that water many kilometres to the mine. He points out that Buzwagi also makes use of energy-saving lighting and solar-powered geysers.

ANTICIPATING A FUTURE WITH SOLAR

Over time, solar has become more attractive. Schoeman points out that thin film and other panel technologies have advanced significantly, “improving the overall life efficiencies and life spans of solar solutions.”

Because solar is potentially so cost effective, ABG is exploring the option of optimising its solar supply, says Hildebrandt.

Although he does not anticipate solar being difficult to integrate, he is concerned that the many voltage dips and outages on the Tanesco side mean that the control systems have to function extremely well.

Economic considerations are important as Schoeman points out that renewable projects tend to have “lengthy payback periods” because of the upfront capital investments required. Therefore, in the current capital-constrained environment, any project would have to demonstrate significant operating cost benefits to justify the potential investment.

In the end, Schoeman is convinced that “solar definitely has its place,” but is not the entire solution. Schoeman and Hildebrandt are both enthusiastic about the potential for solar because it could supply more stable energy at costs “more competitive than diesel generation.”

Shoeman will be speaking at the Renewables and Mining Summit, to be held on June 23 and 24, in Johannesburg.