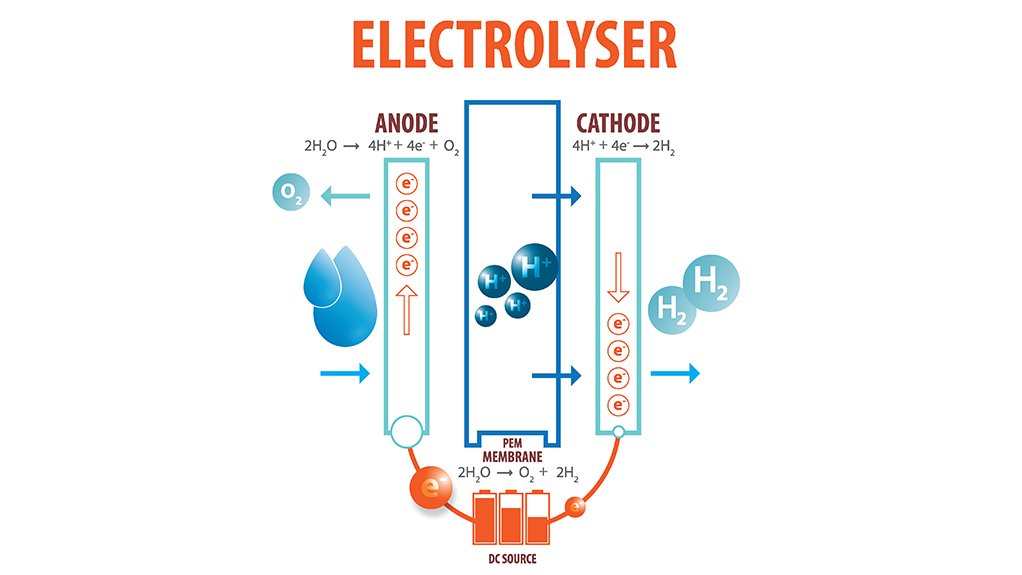 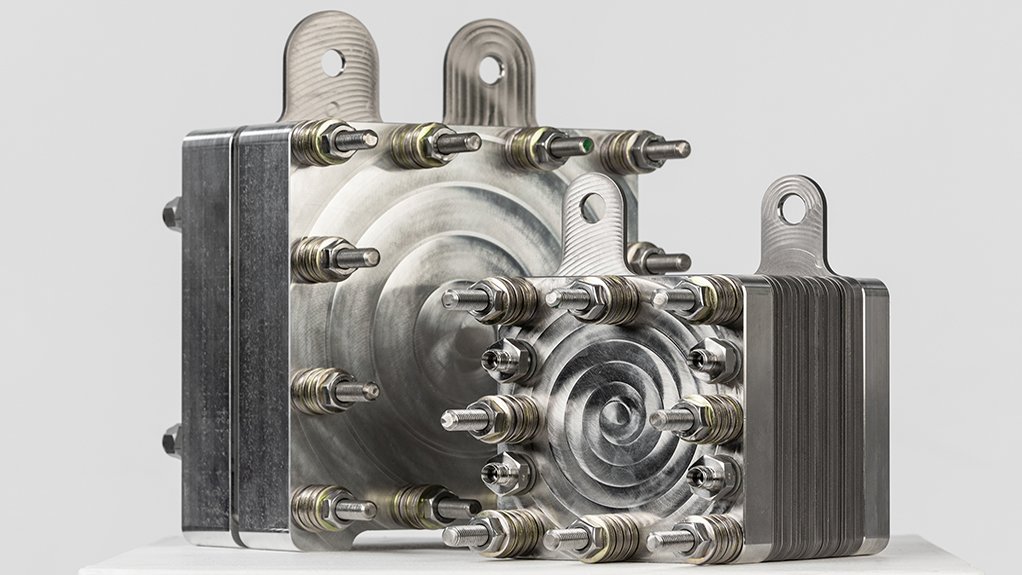 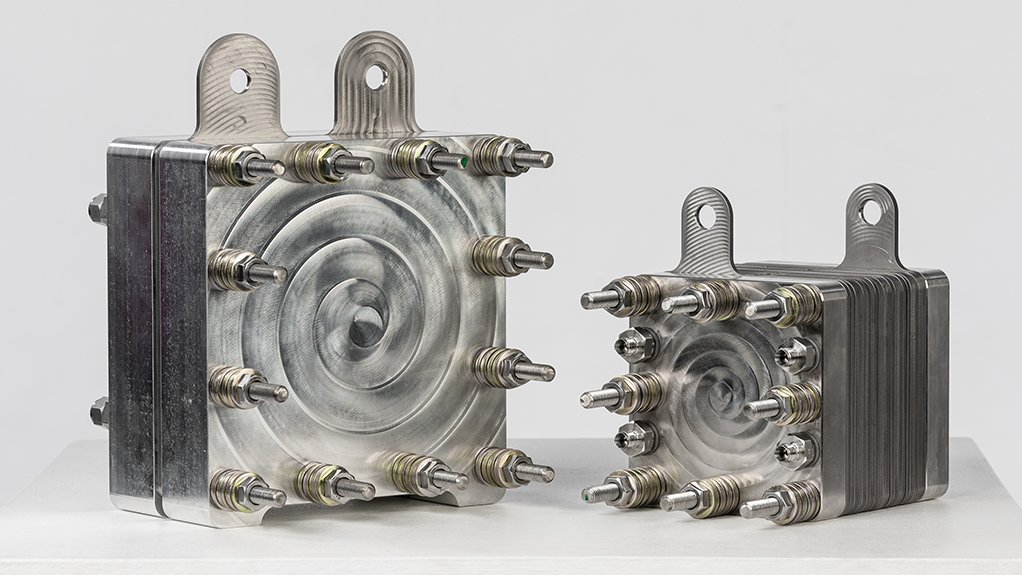 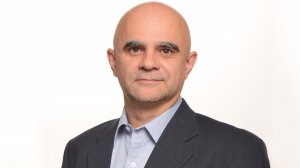 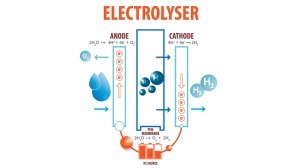 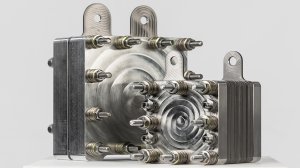 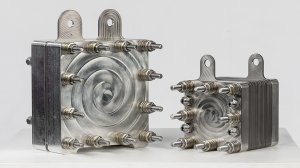 JOHANNESBURG (miningweekly.com) – In the past, geopolitics was such that oil- and gas-rich countries developed faster, but now countries that are able to export their sunshine in the form of hydrogen will be the ones in the pound seats as the world transitions to clean, green energy.

“Africa is an example of a place on our planet that can lead this geopolitical shift,” says Hydrogen South Africa Infrastructure Competence Centre director Professor Dmitri Bessarabov, who was speaking to Mining Weekly in a Zoom interview ahead of the big global International Conference on Electrolysis (ICE 2023), which ­he will be chairing at Sun City from August 27 to September 1. (Also watch attached Creamer Media video.)

Hydrogen technologies, Bessarabov noted, have a special relevance for South Africa as most of the platinum group metals (PGMs) that are needed for the related technologies are hosted and mined in South Africa, which also offers excellent sources of renewable energy.

This comes against the background of water electrolysis being poised to make the world a better place, with proton exchange membrane, or PEM, electrolysis in particular relying on the uplift that South Africa’s PGMs can provide.

Moreover, electrolytic green hydrogen generation, which will be taken to the next level at ICE 2023, is also a cornerstone of South Africa’s Hydrogen Society Roadmap, which the Ministry at the forefront of drawing it up believes can be turned into a near-future reality with proper collaboration.

“If we indeed work together, we can speed up the energy transition and make the green hydrogen economy a reality in the near future,” Higher Education, Science and Innovation Minister Dr Blade Nzimande stated during a just energy transition webinar last month.

South Africa’s Public Investment Corporation (PIC) calculates that investment of more than R4.3-trillion would be required. The PIC, which has R2.339-trillion worth of assets under management, has a hydrogen investment strategy aimed at unlocking value through providing early-stage capital for the development of the hydrogen value chain and leveraging off more than 200 hydrogen projects that have already been announced worldwide.

The PIC sees hydrogen as the next frontier in clean energy technology owing to its extensive value chain applications.

In addition, H2Global ­– a market ramp-up instrument that serves as an innovative form of subsidy scheme to smooth out bumps along green hydrogen’s early-mover road – has made a strong call for final investment decisions to be taken on the multiplicity of green hydrogen projects that are already underpinned by memoranda of understanding.

Meanwhile, South Africa’s technical and vocational education and training (TVET) colleges are being enhanced to play a more pivotal role in the rapid expansion of renewable energy generation and the transition away from fossil-fuel dependence.

“In transitioning to the inclusive green hydrogen economy, the TVET ecosystem needs to cultivate transversal skills, develop a knowledge commons for skills and create an enabling, collaborative environment to address local shifts and challenges,” Nzimande told the event amid green hydrogen emerging as an area of huge investment potential.

South Africa has the potential to generate between six-million tonnes and 13-million tonnes of green hydrogen and green hydrogen derivatives by 2050, an output which would require from 140 GW to 300 GW of renewable energy, and the TVET colleges are seen as not only having the potential to empower young people, but also enable workers to transition into the green labour market.

“In short, we need green artisans. That’s the challenge, and around which we can also cooperate across the world,” said Nzimande.

The intention is for ICE 2023 in Sun City to build on ICE 2017 in Denmark, ICE 2019 in Norway, and ICE 2021 at the Colorado School of Mines in the US, with all the conferences devoted entirely to the topic of electrolysis for energy conversion, as the changing of electrical energy to storable chemicals and fuels becomes an inevitable part of the green transition to a sustainable energy future.

Water electrolysis offers great technology for water splitting, but there are still economic and technological challenges for its deployment at gigawatt scale and the need for full awareness of the pros and cons of the different water electrolysis technologies on offer.

“The conference on South African soil will not only create a great deal of awareness and advance knowledge in the area but will also allow young scientists and students to network and learn,” Bessarabov emphasised.

Currently, some 80-million tons of hydrogen is produced annually worldwide, but fossil fuels are used as source, which comes with the penalty of large carbon dioxide emission. Transition to green energy will include not only conversion of water to hydrogen for immediate use on site, but also using hydrogen as an energy storage. In addition, water electrolysis to generate hydrogen can potentially also contribute to valorisation of by-product oxygen when linked to renewable energy sources.

Mining Weekly: What should South Africans do now to make ICE 2023 the best ever ICE conference?

Bessarabov: One of the concerns that I am aware of is that South Africa is relatively far from many parts of the world with advanced green hydrogen technologies, such as North America, Asia and the European Union. That could limit affordability. As chair of this event, I am in the process of negotiating some sponsorship locally that could help to contribute towards attendance of students in need. I will be happy to share the sponsor participants soon. For now we have great support from Royal Bafokeng Platinum, which has agreed to accept a relatively sizable group of registered participants on a first come, first served basis for an exciting mining underground educational tour, all about PGMs. I hope I can provide other names soon as well in the next update.

The ICE 2023 organising committee at North-West University (NWU) in Potchefstroom can be reached at ICE2023@nwu.ac.za (www.ice2023.net) and conference chairperson Professor Dimitri Bessarabov at Dmitri.Bessarabov@nwu.ac.za