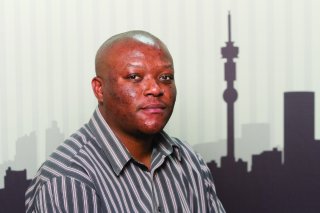 18th October 2013 Cutting the running costs of a hydraulic or pneumatic system entails that managers and supervisors find alternative ways of enhancing the efficiency of technology, thereby increasing their control over operational variables, says global group of energy and petrochemical companies Shell South... →

Expansion into construction market next step for range

4th October 2013 Johannesburg-based milling company Energy & Densification Systems (EDS) reports that it is planning to upgrade its energy-saving EDS multishaft mill, which it believes works more efficiently than other designs in the market. “We are currently designing an even more mobile units. This would make... →

4th October 2013 Underground precious metals producer Hochschild Mining reports that it has received approval from the Peruvian government for the construction of a mill at its 60%-owned Inmaculada advanced project. This represents the completion of the final stage of the project’s construction permitting... →

4th October 2013 Russian supplier of crushing systems TerraSource Global [TG] reports that it has been awarded a multimillion-dollar contract to provide crushing and screening systems to Uralkali, a potash fertiliser company, at one of it plants in Moscow. The system will include three Gundlach brand crushers,... →

27th September 2013 Elevator and escalator engineering company Schindler, part of Schindler Group, says it has been inundated with orders for its new lift that was launched in April – the Schindler 5500 – especially from Namibia, and is supplying about 20 across Southern Africa. →