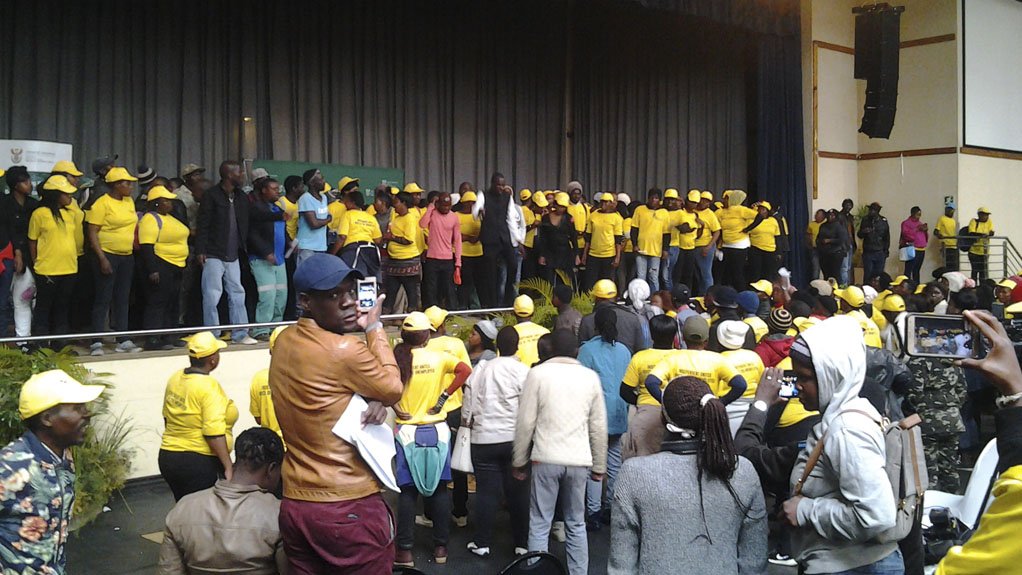 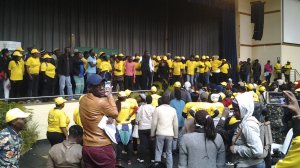 MIDDELBURG (miningweekly.com) – Mineral Resources Minister Mosebenzi Zwane was, on Friday, forced to leave a community engagement imbizo in the Steve Tshwete local municipality, in Mpumalanga, without addressing the meeting.

The Minister, who was meant to hear the views of affected communities following the release of the third iteration of the Mining Charter last week, left the meeting after being heckled by sections of the audience.

Newly formed civil society organisation Practical Radical Economic Transformation (PRET) secretary general Sandile Mathebula demanded to know why Mpumalanga Premier David Mabuza was not in attendance at the imbizo, accusing the Department of Mineral Resources and Zwane in particular of “disrespecting the people” by not having their provincial leader present.

Mathebula raised a number of other issues, chief among them the PRET’s concern that the new charter did not hold mines to account for “wrecking our environment” and “causing [people in the community] to die from terrible diseases”.

Soon after Mathebula’s interjections, members of the PRET stormed the stage, forcing Zwane to flee out the back entrance.

PRET president Themba Sigudla stressed that the organisation was not against the new charter and was in fact in “full support” of it increasing black ownership stakes in mining companies. However, he too was incensed with Mabuza’s absence from the gathering.

Another community group present at the imbizo, the Nkangala Community and Economic Development Forum (NC&EDF), was aggrieved by the PRET’s disruption of Zwane’s address.

Members of the group told Mining Weekly Online that they were “outraged” by the “antics” of the PRET, which they accused of sabotaging the government’s agenda to implement “radical economic transformation” branding them “agents of foreign and white monopoly capital”.

NC&EDF and PRET members exchanged insults and there were a few scuffles between the rival groupings, which were quickly broken up by police officers. The meeting was brought to a close and attendees were dispersed without further incident.

Mining Weekly Online canvassed opinions of people who were present at the gathering and established that there were a significant number of attendees who said they detested Zwane branding him a “Gupta Minister”; those who felt slighted that they had not been consulted about the contents of the new Mining Charter prior to it being gazetted; some who were not sure what the implications of the new charter would be for them; and others who just wanted to hear what the Minister had to say.

There were also some who were “deeply concerned” that the new charter would result in the closure of mines and, thus, increase unemployment in the country.

The 2017 Mining Charter has increased the required level of black ownership at mining companies from 26% to 30%. Additionally, mining prospecting rights will now need to have a minimum of 50% plus one share of black ownership, while companies will be required to give 8% of their shares to workers.

The 2017 Mining Charter has instituted a 5% investment of the “leviable amount” on skills development, with 2% to be set aside for essential skills development activities, such as artisanal training, bursaries, literacy and numeracy skills for employees and nonemployees (community members); 1% to go towards South Africa’s historically black academic institutions; and 2% towards a newly established institution called the Mining Transformation and Development Agency.