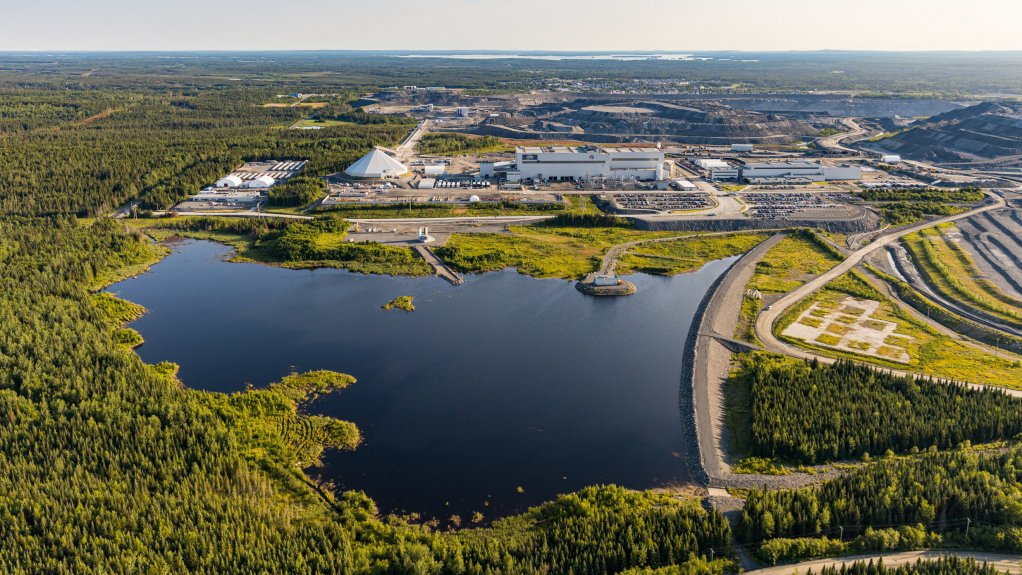 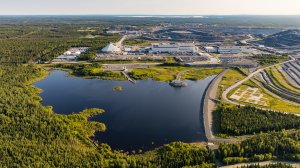 The Canadian Malartic operation in Quebec

Bullion miner Yamana Gold expects its production in Quebec, including output from Wasamac and the Odyssey underground mine at Canadian Malartic, to increase to about 500 000 oz/y by 2028, and continue at this level through at least 2041.

The discovery of a new shear zone and continued exploration success at the development-stage Wasamac gold project support a higher production plan of 200 000 oz/y over a longer mine life of 15 years, senior VP and COO Yohan Bouchard reported on Wednesday.

These developments improve the overall value at Wasamac, which has an approved development plan of an average of 169 000 oz/y over a mine life of 10 years.

At the Odyssey underground project, continued exploration success supports longer-term potential for higher production than the currently contemplated average of 545 000 oz/y (100% basis) from 2029 onwards and for extending the mine life beyond 2039.

“Exploration is continuing to deliver exciting results at Odyssey and we believe that exploration success, in time, will allow the partnership to take advantage of the excess plant capacity in order to maximise underground production above currently planned levels,” said Yamana president and CEO Daniel Racine.

He added that the possible addition of a second shaft and further production from upper ore bodies accessed by ramp were additional opportunities that merited continuing investigation and assessment.

Yamana and fellow Canadian gold miner Agnico Eagle Mines, each holding a 50% interest in the Canadian Malartic General Partnership, announced a positive construction decision for the Odyssey underground project in February this year.

Meanwhile, at the Jacobina mine, in Brazil, the Phase 2 expansion to 8 500 t/d was progressing ahead of schedule. The second phase expansion would bring production to 230 000 oz/y for multi-decades.

Permitting for throughput of up to 10 000 t/d (Phase 3) was advancing according to plan, with the timeline for completion now expected by early 2022. Based on the accelerated permitting progress, the company said it would start producing at the throughput rate of 8 500 t/d in 2022, significantly ahead of the original 2024 timeline.

Yamana stated that it expected to achieve the Phase 2 throughput rate by implementing a simplified approach of debottlenecking and incremental operational improvements, without requiring the installation of an additional ball mill. This approach would reduce capital expenditure and, as such, the plant expansion was expected to be in the range of $15-million to $20-million, compared with the original $57-million capital cost originally planned.

“Throughput during the quarter has remained stable at the currently permitted level of 7 500 t/d and preparations are being made to expedite the ramp-up to 8 500 t/d as soon as the new permitting is received,” the miner said.

At Minera Florida, in Chile, the environmental and social impact assessment has been submitted and with expected permitting timelines, the mine could begin operating at a planned 100 000 t a month by 2025 and producing 120 000 oz/y.