Venetia underground project may deliver first carats ahead of 2022 target 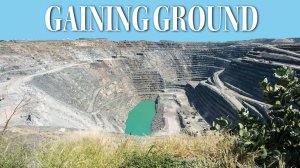 JOHANNESBURG (miningweekly.com) – The construction of the R29-billion ($2.1-billion) underground development at the Venetia mine by diamond miner De Beers Consolidated Mines (DBCM) is within budget and developing on schedule, with the potential to see underground opera- tions deliver the first ore before the targeted start of production in 2022, De Beers confirms.

The Limpopo-based Venetia mine – a large openpit operation and leading producer of diamonds in South Africa – accounts for about 40% of the country’s yearly diamond production. De Beers expects 133-million tons of ore to be treated over the life of the Venetia underground project (VUP), yielding an estimated 94-million carats.

The underground mine will have two shafts and the decline system will reach a depth of 1 000 m when completed. De Beers says it has encouraged close working arrangements between its staff and contractor partners to foster an “integrated and well-defined project with a common purpose”.

The diamond miner comments that opportunities to identify potential roles are being explored to prepare its own employees for the transition during this development phase of the underground operation’s construction. By 2019 and into 2020, there will be 6 000 employees working at the mining operation, including 2 000 in construction-related jobs.

VUP head Christoff Kühn tells Mining Weekly that vertical shaft sinking operations at the VUP are “progressing well”, with most of the preparatory work having been concluded already. This includes the completion of the surface facilities and terraces, as well as the headgears.

He notes that engineering company Genrec, which was the fabrication and erection contractor for the headgears at the mine, has completed its work and has demobilised from the site.

Kühn says mining services company Murray & Roberts (M&R) Cementation is currently undertaking shaft sinking operations on both shafts. The sinking of the production shaft is about one-quarter complete, having reached a depth of about 250 m, while the service shaft is currently “slightly more” than 150 m deep. He highlights that the 7.5 km decline access system is being developed at a rate of 130 m a month, with almost 2.5 km of the decline already in place, declining at a 9° angle to a depth of 1 000 m (including the production ramp).

“From a procurement and fabrication perspective, we have awarded all major equipment-related contracts, except for the ground and water handling systems,” states Kühn.

Moreover, he highlights that, for the next two years, De Beers will primarily focus on ensuring the decline reaches 540 m below surface. “This depth will be the first production levels, where we will develop towards the kimberlite below the openpit operation of the mine,” he explains, adding that De Beers is also aiming to complete shaft sinking operations by 2018.

He remarks that De Beers has, over the past year, also been “putting a lot of focus” on integrating the VUP team and processes into the Venetia openpit operations. “We are really focusing, together with the openpit [operation, on planning and ensuring that we are prepared for the transition from the openpit to the underground operation.” Kühn comments that the company is in the process of starting to make the transition from an openpit to an underground mine at Venetia.

Meanwhile, he points out that, while the VUP’s construction site is within the openpit mine, the development works have had “no impact” on the mine’s operational output.

Kühn emphasises that “the challenges that excite project folk” are going to start mounting from 2020 to 2022, as the openpit will be close to completing its waste stripping profile and the underground operation will have reached an early stage of the preproduction phase.

“While we will only deliver the project in 2022, we actually start with some of the operational development and heading into the kimberlite orebody from 2020,” he points out.

Kühn enthuses that the VUP team has come a long way in the past 12 months in terms of establishing strong partnerships with its two key contractors, namely M&R Cementation and project delivery and consulting services firm Worley Parsons, which has helped reduce logistics and operational challenges in coordinating a project of this scale.

He notes that the project is employing the Canadian shaft sinking methodology, which has not been used in South Africa before. Safety is the primary reason and it has a proven record. Kühn says, initially, using this method was a challenge for the development teams; however, as they have become more familiar with it, these challenges have largely dissipated.

He explains that, in South Africa, traditional sinking activities used cactus grabs and jumbo drill rigs at the shaft bottom and undertook concurrent activities in confined spaces, such as the concrete lining of the shaft, while simultaneoulsy developing the shaft. This resulted in people working above and below one another on different levels in the shaft, which posed substantial safety concerns.

Kühn, however, highlights that the Canadian methodology employs different technologies, including vertical shaft muckers and vertical drill rigs, as well as developing the shaft through in-line (concurrent) activities, which almost entirely reduces the risk factor.

Further, he says, in the De Beers spirit of driving technological development at all its mines, in its operational phase, the VUP will use autonomous truck loops, autonomous longhole drilling and autonomous loaders. “The application of these technologies is aimed at achieving the group’s goal of ‘zero harm’ for all its employees and, in the full picture, the future underground mine will continue to offer a similar steady-state employment profile,” Kühn states.

He adds that De Beers is also investigating the adoption of new technologies, such as continuous miners, that are being trialled by its holding company, Anglo American. As these technologies mature, the diamond miner will likely adopt some of the new – by then – proved technologies, which, Kühn says, is a critical point in the project strategy. “Once they have demonstrated their value to mining operations, De Beers will be interested in deploying them.”

Kühn highlights that, from a DBCM perspective, the VUP is the “crown jewel” in its portfolio, particularly with the company’s Voorspoed mine – an openpit kimberlite mine north-east of Kroonstad, in the Free State – expected to stop production in the early 2020s, as projected when it opened in 2008.

The VUP effectively doubles the life span of the Venetia mine by extending it into the mid-2040s. “It will also become one of De Beers’ most important underground operations,” Kühn notes, adding that the VUP experience could well be a model for similar undertakings at some of the group’s other kimberlite operations.

De Beers is working with local communities based in the surrounding areas near Musina and the Blouberg local municipality to continue fostering entrepreneurs and local businesses to provide the mine with goods and services, as well as for ancillary services, such as accommodation for contractors.

“These black economic-empowerment (BEE) suppliers are encouraged to diversify their client base, thereby using this period as an opportunity to hone [their] skills and [a high-]quality of service,” Kühn comments.

Renuna is one such example of a locally owned start-up company from within the community that De Beers assisted. The company is providing facility management services for the VUP, with Kühn pointing out that De Beers has committed management expertise and loans for the establishment of local businesses to meet market needs.

He says the main contractors on the project, namely M&R Cementation, Basil Read Civils, Conco, Sandvik, Barloworld and ABB, have all committed to employ local workers where possible and have strived to establish preferential procurement agreements and invest in local community development.

DBCM has taken a long-term view on the VUP and is committed to developing the project. Kühn notes that the 26% BEE company is financing the development, with the Venetia mine being the major contributor to the VUP.

“The quality of a diamond is defined by four ‘Cs’ – cut, carat, colour and clarity – with a fifth determinant being confidence, and we are extremely confident of the view that the fundamentals of the diamond market are robust and justify this $2.1-billion undertaking,” Kühn concludes.