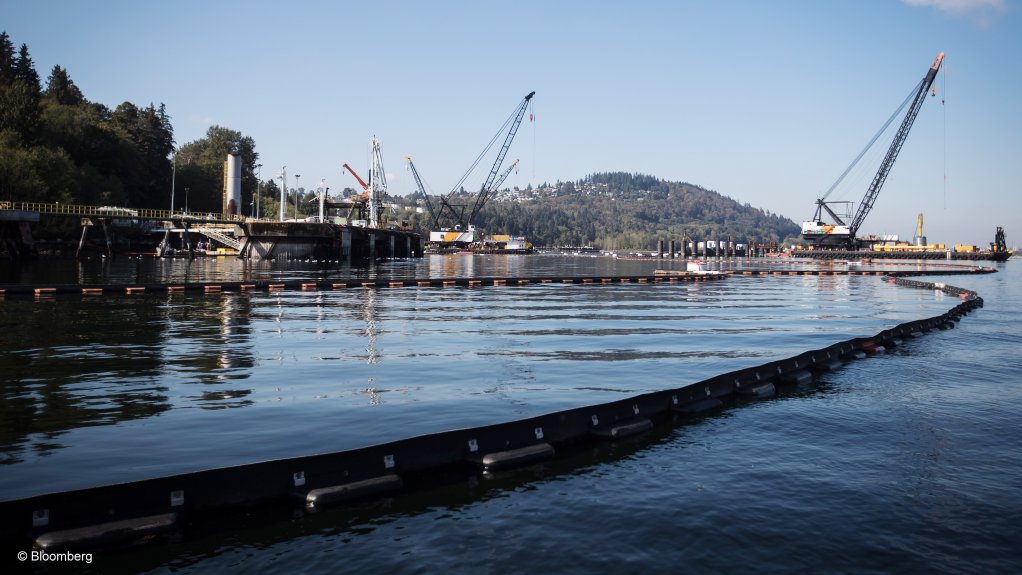 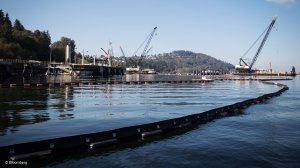 Trudeau’s Cabinet approved the expansion of Trans Mountain, a State-owned pipeline that runs from Alberta to Vancouver. The project will add 590 000 bbl/d shipping capacity, a 15% boost to Western Canada’s current four-million. Trudeau said the corporation responsible for building the pipeline hopes to have shovels in the ground in the current construction season.

“Take a look at my record, and you’ll see that I’ve talked about the importance of developing our resources for a long time,” Trudeau said at a press conference in Ottawa. But “in order to get the job done, Canada needed to have its act together on the environment.”

For years, Trans Mountain has been beset by legal challenges from environmentalists, indigenous groups and the British Columbia government. To keep it alive, Canada’s Liberal Party-led government decided last year to acquire the pipeline from Kinder Morgan Inc. It was a risky move for Trudeau, one that could potentially alienate pro-environment voters, a key block for the Liberals as they head into an October election.

But Trans Mountain currently represents the only made-in-Canada solution for an industry hamstrung by a lack of shipping capacity, which has weighed on local heavy crude prices and prevented production increases. Two other pipelines are working their way through the U.S. regulatory process.

The decision “will help boost confidence in the Western Canadian oil and gas sector,” Kevin Birn, IHS Markit’s director of North American crude oil markets, said by phone. But “investors are going to be skittish in the fact that they want to see this deal go into the ground.”

Trudeau also needs to be wary of existing anger in energy-producing regions like Alberta, where his tougher environmental stance has been met with open revolt. Industry groups and regional lawmakers warn the Liberals’ proposed new rules on project assessments will choke future investment in the energy industry.

The National Energy Board has set 156 mandatory measures for the project to move ahead, along with 16 recommendations to lessen the impact of added marine shipping. The government will also take additional steps to respond to the needs of indigenous communities, and will begin the process of making indigenous groups shareholders in the pipeline.

Delbert Wapass, executive chair of Project Reconciliation, an indigenous group seeking to buy a majority stake in Trans Mountain, said his organization will be reaching out to the government “very quick” and thinks “it’s very realistic” that a majority stake in the pipeline could be secured this year. Other indigenous groups including the Alberta-based Iron Coalition are also seeking to purchase stakes in the pipeline.

“We are going to fine-tune our plan here and reach out to other First Nations and continue engaging and moving forward in a very responsible manner,” said Wapass, former chief of Saskatchewan-based Thunderchild First Nation.

Even with Tuesday’s approval and support from several First Nations, regulatory and political hurdles remain. Fresh lawsuits arising from the decision would place any timelines for project completion in doubt. The government of British Columbia is seeking a separate ruling from the Supreme Court on whether it can restrict oil shipments through the province.

“Although I regret the federal government’s decision, it’s within their authority to make that decision,” British Columbia Premier John Horgan said. “It’s up to us now to make sure, as this project proceeds, we have no impact on our marine life, on our natural environment.”

The project may also face protests that could disrupt construction.

Tzeporah Berman, international program director at Stand.Earth, blasted the decision on both economic and environmental grounds, arguing the expansion will likely only send more Canadian oil to U.S. refineries, rather than developing new markets in Asia.

The government’s pledge to spend the profits from the project on clean energy projects doesn’t mitigate the potential damage from the project, which could cost taxpayers about C$10-billion or more, between the purchase price and construction costs, she said.

“Spending the C$10-billion outright on clean energy projects in Canada would do more to ensure a strong low carbon economy in the future than this commitment ever will,” Berman said in an interview.

Another wildcard is the chance Trudeau loses his majority in October. To remain in power, he may need the backing of smaller parties that oppose the expansion. Polls show Trudeau bleeding support to the Green Party in British Columbia, where his Liberals must retain seats to win re-election.

Estimates for total construction costs vary. The Parliamentary Budget Office said the price tag will be about C$9.3-billion. Credit Suisse said Monday in a research note it’s expected to cost C$7.4-billion to build.

The current lack of shipping options sent the Canadian oil industry into a crisis last year, when new production from a few major projects overwhelmed shipping capacity and US refiners had a heavier-than-normal maintenance season. That left Canadian oil with nowhere to go, filling up storage tanks and sending prices to record lows.

The crisis was only alleviated after the Alberta government mandated industry-wide output cuts that took effect this year. The move caused prices to rebound, but has limited how much drillers can produce.

“Fundamenatlly, this isn’t a choice between producing more conventional energy, or less,” Trudeau said. “It’s a choice about where we can sell it, and how we get it there safely.”