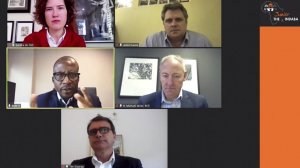 JOHANNESBURG (miningweekly.com) – Junior miners of the world’s new critical metals are targeting the rich value-add opportunity well beyond taking the ore out of the ground and shipping out concentrate, the Junior Indaba heard this week.

Junior miners of metals such as rare earths, vanadium, nickel, platinum-group metals and manganese were all highlighting the flexibility and focus enjoyed by juniors to give the battery electric vehicle and green energy storage markets exactly what they require and at the same time soak up margin-enhancing value-add potential along the value chain in the burgeoning market. (Also watch attached Creamer Media.)

Even Junior Indaba chairperson and seasoned major mining campaigner Bernard Swanepoel, who owns a manganese value-add business that is setting out to meet new world requirements, could not but agree with a panel of critical metal juniors made up of Bushveld Minerals CEO Fortune Mojapelo, a vanadium beneficiator, Platinum Group Metals CEO R Michael Jones, who is looking to battery electric vehicle value add, Pensana CEO Tim George, who is taking rare earths to the next level in Angola, and Consolidated Nickel Mines CEO Anton Mauve, who is developing a nickel sulphate mine in Zambia to match modern requirements.

What was clear at the Junior Indaba covered by Mining Weekly is that the juniors of today are wanting to beneficiate to the furthest possible extent in a world demanding a high degree of exactitude from strategic metal suppliers.

“We spent most of last year developing the downstream processing, recognising that the real money is being made down the line,” George said during the panel discussion, moderated impressively by EY Africa M&A head Sandra du Toit.

Pensana has introduced an additional chemistry process in Angola to ensure that the highest value products possible are shipped and used the Covid period to design a plant that will turn the concentrate into individual products for the market.

Pensana does all the energy-intensive tasks in Angola, where it has access to hydropower in producing a high-purity product that can be further separated in Europe, where the market is.

Consolidated Nickel Mines is taking its product into a nickel sulphate to meet market requirements of the battery electric vehicle market. ” If you’ve got about a 1% in the orebody deposit, you can upgrade that to a 99.49% nickel sulphate, and that is a highly desirable product.

“In this little deposit, we’re talking about putting in an electrowinning high-pressure leach system on the backend that will cost in the range of $200-million, and that can all be financed and paid back on royalties and it gives you a premium of $2 000/t.

“The other reason for not wanting to just produce a concentrate and ship it off to Canada or China is the transport cost and if you look at most of the nickel deposits in the East African nickel belt and also in this Southern Africa heart, including Botswana and Zimbabwe’s Bindura, it’s all landlocked. It all requires expensive transport to the coast. The higher the concentrate grade, the lower your transport costs,” said Mauve.

On the factors that provide junior miners with more opportunities than the majors, is, according to Mojapelo, the ability to move quickly and find new deposits that can be developed.

“The one challenge is around ultimately these metals are going to require primary processing infrastructure at some point, whether you’re talking vanadium, nickel or lithium. The old paradigm of digging up this material and sending it off to China for metallurgical processing needs to be turned on its head. This is much more a challenge for policy makers and governments to ensure that we can capture those economics locally and establish beneficiation plays, and the more you’ve got that, the more of the value chain opportunity you can capture. I think that will in turn open up opportunities for junior miners, who don't necessarily have the big buck to build the big processing facilities that are required but need to channel it to somebody to do that final processing,” Mojapelo said.

This prompted Jones to say: “I’ll even put a punch behind that, that actually the capital’s coming. We’ve been starved of capital and we're not going to be starved of capital anymore. There’s a wave of capital coming. When the squeeze gets on for this material, the big boys are going to come and say how do I put capital into projects, and you’re going to see a whole wave in the next five years of big money putting in the infrastructure to be able to access the metals.”

Swanepoel concurred and said the questions being asked around junior mining today are: “Is this still mining? We see how the excitement about the future makes commodity prices go up but there’s a missing link in the middle and that is processing capacity.”

He said that what would be sought would not be nickel but nickel sulphate, “and it’s not the same thing”.

Regarding Pensana’s rare earths project in Angola, Swanepoel said: “You’re in a business that I can relate to because in my private life I own a manganese refining business and we get a huge premium.

"One of the points I would have challenged even experts like CRU on, is the conclusion that the world’s got unlimited manganese, which skips the in-between middle step of ‘do we have manganese in the sulphate form that the battery manufacturers want to have it’ and the answer is categorically ‘no’. It doesn’t exist. And then obviously, you need to crack the recipe and you need to build the plant and then you need to supply metals for a three-year accreditation process. These are not the conversations that are taking place.

“In the past you looked for a smart geologist. I tell you, I would invest on the quality of your chemical engineers and metallurgists going forward, because I think that’s going to be the competitive advantage.

He emphasised the opportunities for today’s juniors to provide mined product in the form that the world wants.