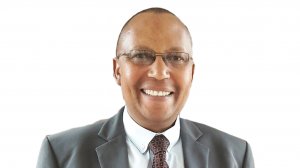 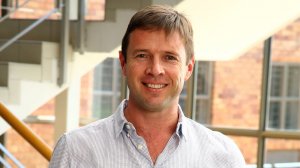 “It was encouraging to hear a similar message from major mining companies and juniors alike – that there is still considerable scope for exploration and mineral development in the Northern Cape province,” says SRK Consulting principal mining engineer Joseph Mainama in reference to the conference that was held virtually on October 7.

Mainama notes that Anglo American CEO Mark Cutifani mentioned in his address at the Joburg Indaba that the Northern Cape was considered to be underexplored and that his company was interested in exploration opportunities for base metals like copper – within South Africa and in the rest of Africa.

“Kumba Iron Ore executive head of technical and projects Glen McGavigan also spoke of the Northern Cape being underexplored in the Kolomela and Sishen areas,” Mainama points out, adding that, at the same time, McGavigan pointed to the Northern Cape’s potential for solar-generated electricity, as the region is the second most intense solar area in the world after the Nevada desert.

This presents opportunities for mines to generate renewable energy to run their operations, comments Mainama, adding that this is an important step in addressing power issues that discourage mining investment.

He further refers to Australia-listed Orion Minerals, which reported good progress on its brownfield Prieska copper/zinc project in the Northern Cape, with MD Errol Smart having expressed confidence in government’s role in supporting exploration in the province. “He expected to see much more exploration there in the near future – which could bring a range of economic benefits even in the short-term,” says Mainama.

Similarly, Vedanta Zinc International business head Laxman Shekhawat shared similar sentiments as he spoke about his company’s plans for a smelter in the Northern Cape.

“Presentations like these suggest that the province certainly has much to offer in terms of mineral investigation,” says Mainama. "In his talk on the area’s geological potential, Council for Geosciences CEO Mosa Mabuza highlighted preliminary observations for potential in nickel, chrome, cobalt, pegmatite and lithium”.

Mainama notes that infrastructure development remains an imperative for mineral development in the region, especially rail capacity for bulk minerals, noting that, the more efficient and cost-effective the infrastructure, the lower the grade of deposit that could be viably exploited.

“Without existing rail capacity at a defined cost, for instance, it becomes difficult to raise the equity required that would make the signature of take-or-pay agreements possible,” said Van Zyl.

Overall, the Joburg Indaba also presented good news for South Africa’s mining future from an emerging technologies perspective, with the potential for underground mining being enhanced by remote technologies and the improvement of underground communication and visualisation.

“This is important, as underground ounces tend to have a smaller carbon footprint and above-ground social and environmental impact,” said Van Zyl, who added that “remote technology has the potential to bring in a new generation of underground mines by addressing a key stumbling block: safety”.

He was also encouraged by the potential for mines to generate their own renewable energy, noting that “along with the use of hydrogen for energy delivery and energy storage, renewables represent an exciting new frontier in cleaner and more efficient mining”.

“It could even become a cheaper source of energy for mines, which could arrest years of steadily increasing energy costs that mines have had to endure.”

The trialling of hydrogen-powered trucks at Anglo American’s Mogalakwena platinum mine was among the innovations highlighted during the Joburg Indaba.