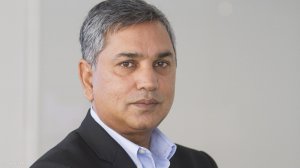 JOHANNESBURG (miningweekly.com) – South Africa is being urged to seize the massive opportunity that the new fuel cell and hydrogen economy present at a time of slumped local wealth creation and horrific job starvation.

With the platinum-catalysed fuel cell and hydrogen markets beginning to ascend stridently globally, South Africa, as host of the world’s most extensive platinum group metal (PGM) reserves, can enter the new era of clean electricity generation, or sit and watch others do it.

By 2030, China alone will have a million fuel cell electric vehicles (FCEVs), Japan 800 000, California probably the same and then there is also Europe and the rest of the world.

South African-start-up Isondo has taken the emphatic decision not to sit on the sidelines but to move with vigour into the manufacture in South Africa of the platinum catalyst-coated membrane that forms the heart of the fuel cell – the membrane electrode assembly (MEA).

It estimates demand for half-a-billion MEAs. There are something like 370 of these in one FCEV. Depending on the loading of platinum catalysts in there, demand for 500 000 oz of platinum is in the offing.

The advantage of the current state of the market is that battery electric vehicle (BEV) technology has already paved the way for the introduction of FCEV technology as an even more advanced alternate automotive drive train.

Somera concedes that BEVs represent a big portion of the new mobility fleet, but their range and weight challenges have created a follow-through for FCEVs in the larger vehicle ranges, which opens big new market demand for PGMs.

The first questions to answered are should South Africa, as a platinum-hosting nation, focus solely on supplying material into the global markets, or should the country take advantage of trying to localise manufacturing technologies in-country and create local wealth and generate local jobs in the process?

“At a certain scale of BEV, it becomes cheaper to actually put in hydrogen infrastructure and that’s what has, probably, along with some other factors, driven China to create a storm in the market by changing its five-year plan from BEV to FCEV.

"Why should South Africa get in on the local PGM beneficiation act? Having the PGMs in the ground here may not, in itself, be a reason for doing it.

“But on the flip side, it’s a heck of a reason to actually do something in this space,” Somera told the Nedbank conference, which was attended by Mining Weekly Online.

He spoke highly of government support, noting that the Department of Trade, Industry and Competition (DTIC) had gone out of its way to help companies like Isondo create a local PGM-value adding enterprise.

“There are a multitude of support structures for companies in this space and we have to take advantage of them,” he said.

Under the Department of Science and Innovation, South Africa is producing many fuel cell graduates and Hydrogen South Africa has centres of competence at local universities.

In what segments of the hydrogen fuel cell value chain should South Africa position itself?

Isondo’s view is that the areas that contain the platinum provide the best advantages for it.

The catalyst-coated membrane it will be producing locally is enhanced by a few extra layers into the MEA.

“That’s really the right area to start with. This then goes into a fuel cell stack. We are looking at building and recycling facilities at the same time. The facilities to produce the PGM chemicals used to coat the catalyst. You build a closed loop business model around the platinum resource. If we can do it in-country in a staged approach, we’ll be very well positioned to take this going forward,” Somera said.

Isondo has chosen the OR Tambo Special Economic Zone (SEZ) as its site of manufacture because of the presence of metal vaults and proximity to South Africa’s largest airport.

“Initially, the market is mainly for export. So, it’s from the vault into the plant, from the plant into the plane, providing a relatively simple business model. Having said that, we would still like to see a big potential local market building and we're talking to DTIC about the automotive building plan and bringing fuel cells into the mix,” he said.

Isondo has also been developing a local hydrogen refuelling station concept, which includes industrial hydrogen, electrolysed hydrogen, storage and running buses and cars off it, while also providing battery charging as well.

“An all-in-one concept. We have all these technologies wholly locked down and once we raise the balance of funding for that, we can then proceed,” he said.

The balance of funding required for the component manufacturing is R140-million. In dollar terms, it is a relatively low amount, but Isondo has a preference for local funding.