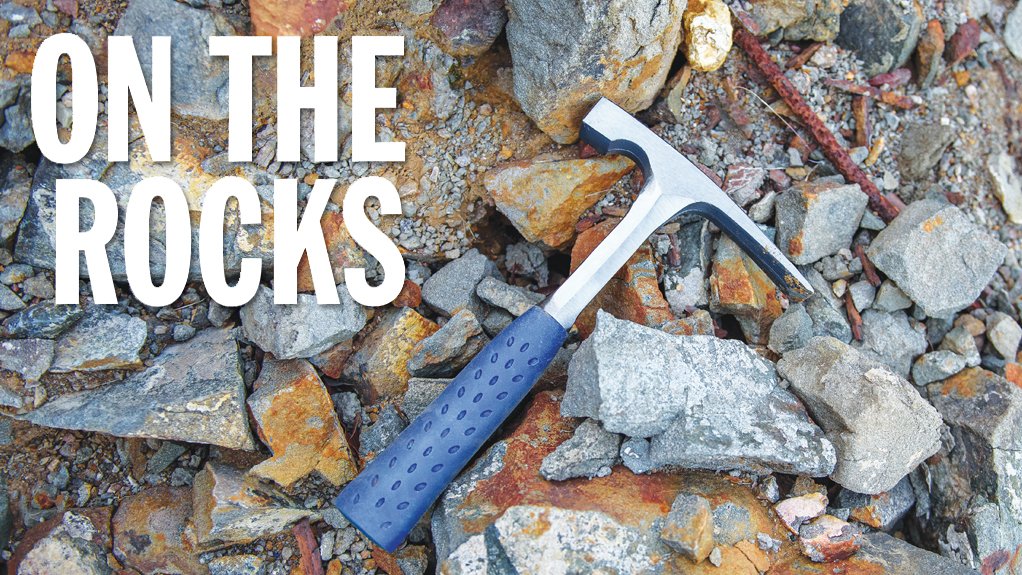 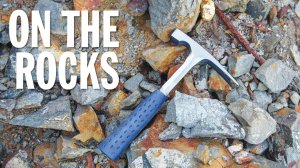 South Africa’s minerals potential is not in doubt, with known geological opportunities in chrome, platinum-group metals, gold, iron-ore, titanium minerals and diamonds, as well as several other minerals regarded as critical for the global energy transition.

Nevertheless, there is widespread frustration at the slow pace at which the country is moving to ensure that the framework is in place to allow for a genuine assault on the country’s stated goal of attracting 5% of global exploration expenditure in the near term.

Reiterating the 5% target, Mabuza highlighted the potential still available, even in the well-known Witwatersrand basin, following a council review of old boreholes, which yielded new information about the basin’s ongoing potential.

He also highlighted Aggeneys, in the Northern Cape, as having potential for the economic exploration of a sedimentary exhalative, or sedex, deposit.

“The world is moving towards renewable- energy sources and the nature of these energy sources is that they are minerals intensive. We should have already begun to look at these critical metals required, and organised ourselves – as a country – to search for these minerals. Exploration is an ecosystem, and there are elements that need to be in place to explore this opportunity.”

He also emphasised the presence of a pegmatite belt in the Northern Cape and that the council has geologists working on the belt.

“We’ve confirmed that the belt is 67% more than what we originally understood it to be. We published the map sheets covering the pegmatite area in March. We’ve immediately seen an increase in prospecting rights applications in that area. Pegmatites are lithium- bearing. This gives a sense of value creation, and the correlation between investing in geosciences and how this information translates into economic activities.”

The council has persistently championed the importance of investing in geology, particularly after it had been directed in 1994 to pursue commercial projects to safeguard its continued existence.

“Now we’ve secured funding. We’ve reorganised our programmes as we have an idea of the areas we believe are hot spots. We took an integrated, multidisciplinary approach. We look at physical mapping, we analyse geochemistry and we look at various forms of geophysics and surveys that study structural geology.”

Mabuza stated that the council had also started to map offshore prospects, with targets for onshore and offshore mapping set at a scale of 50 000:1.

For offshore, the council started at 0%, and aims to achieve 0.5% coverage within the exclusive economic zone by the end of the year. For onshore, it began at a coverage of about 3% and is aiming to achieve an 11% coverage of particular targeted areas by year-end.

The council had also been allocated an additional R500-million for the next financial year to support geomapping for exploration.

Meanwhile, the council has identified shortcomings in the current South African regulatory framework for exploration and presented them to the Department of Mineral Resources and Energy (DMRE), along with the suggested amendments for removing barriers to entry for exploration companies.

“We’ve also launched a data management portal – the first time that the Council for Geoscience has launched a portal to make information available. South African financing institutions have little appetite for exploration funding. The risk is high, but that risk is mitigated when you have ideal geological information, and you have a value proposition that can reduce that risk.”

This is despite only 15% of the country’s surface area having been mapped at a high resolution of 50 000:1 geophysical level.

He pointed out that direct engagement is taking place with the DMRE on how South Africa can implement a world-class cadastral system and exploration plan.

“There was agreement that we need to get the cadastre sorted out quickly. The Minerals Council’s position remains very clear – buy a new, off-the-shelf cadastral system. We have two world-class cadastral system companies that operate in South Africa. You don’t have to develop a brand-new bespoke system that will take you three years to get operational.”

The delay regarding the cadastre system is not only causing frustration but also undermining the reputation of South Africa as a potential destination for exploration investment.

While the country does not have a commercially available cadastre, African countries that are thriving because they are using such a system include Cameroon, Côte d’Ivoire, the Democratic Republic of Congo, Ethiopia, Guinea, Kenya, Libya, Malawi, Mauritania, Mozambique and Zambia.

Worrying, however, is that a South African supplier of the system to these countries, Trimble, has opted to walk away from the DMRE’s tender invitation, primarily because it is unable to understand the rationale behind the terms of reference.

Trimble natural resources MD Bill Feast, who was also a speaker during the Minerals Council webinar in September, stressed the importance of political will and stakeholder collaboration in setting up a functional mining cadastral system in South Africa.

He described an effective cadastre as an end-to-end solution that assists in managing the awarding of contracts, licences and mining rights; monitors the regulation of operations; and helps to ensure that taxes and royalties are collected and revenues are distributed.

“In countries where we’ve deployed this system, communities and local district authorities benefit from taxes and royalties derived from mining projects, and this contributes to sustainable development goals that have been set.”

Feast emphasised that one of the most crucial aspects of a cadastre system is its ability to assist in ensuring legal compliance.

The system should guide the host nation’s regulatory authority, and mining and exploration companies to ensure that workflows and processes required under mining legislation and related regulations are adhered to.

Countries that have implemented a transparent cadastre system attract responsible investment and a greater share of global exploration spending, he added.

A cadastre also provides relevant information in real time for the mining sector, as well as society, notifying civil society organisations and stakeholders in preparation for public participation processes.

The system is implemented according to the existing laws and regulations of a specific country and should be configured to adjust to new regulations if changes are implemented in the future.

A well-functioning system, however, relies on high-quality data and political support to transition from corruption-prone, paper-based systems that support the established bureaucracy to a more transparent digital system.

Feast notes that, while Trimble eschewed the DMRE tender, it participated in a process that resulted in Trimble company Spatial Dimension South Africa’s signing a contract for the design and implementation of an online cadastre system for the Botswana Ministry of Mineral Resources, Green Technology and Energy Security.

The contracting agency is the Botswana Geoscience Institute and the new mining cadastre system would likely be active at the end of this month.

“The system has multifactor authentication to login securely. Once in the system, you are presented with a dashboard of all the mineral rights allocated to the company you represent. You’ll be able to monitor obligations and make online payments, as well as upload work reports, production statistics and other obligations for an exploration or mining right.”

He emphasises the work that the Botswana Geoscience Institute has conducted in publishing accumulated geoscience data, and that Trimble’s Landfolio system integrates, in real time, with these data sources, as well as other relevant government systems.

“When looking at how governments approach information technology projects, such as this one, there are different schools of thought. The one is to require a unique application and have a custom solution developed from scratch; the other is that the solution gets properly configured for the respective mining code, regulations and operational requirements of the agency that can meet the brief.”

Governments also have to decide whether they want to use open-source or proprietary “best-of-breed” solutions.

While open-source systems have many benefits, and many government tenders for cadastre systems require open-source-only solutions, Feast notes that such solutions restrict the competitiveness of those tenders.

“Governments should be looking at the functionality and maturity of the solutions they use, rather than whether they’re proprietary or open source,” he asserts, noting that it is also important to avoid “being locked into a single vendor”.

“However, a country can have the most advanced technology and the best implementing agencies to execute the solution, but if there is a lack of political will to have a transparent, real-time mining cadastre system, one will be set up for failure.”

Baxter insisted during the webinar that some progress is being made, with this progress being indicated by the DMRE’s admission that the South African Mineral Resources Administration System is dysfunctional.

“Can we see an off-the-shelf system being procured? That’s something we’re really pushing for from our side,” he said.