SAPS to up game against copper cable theft 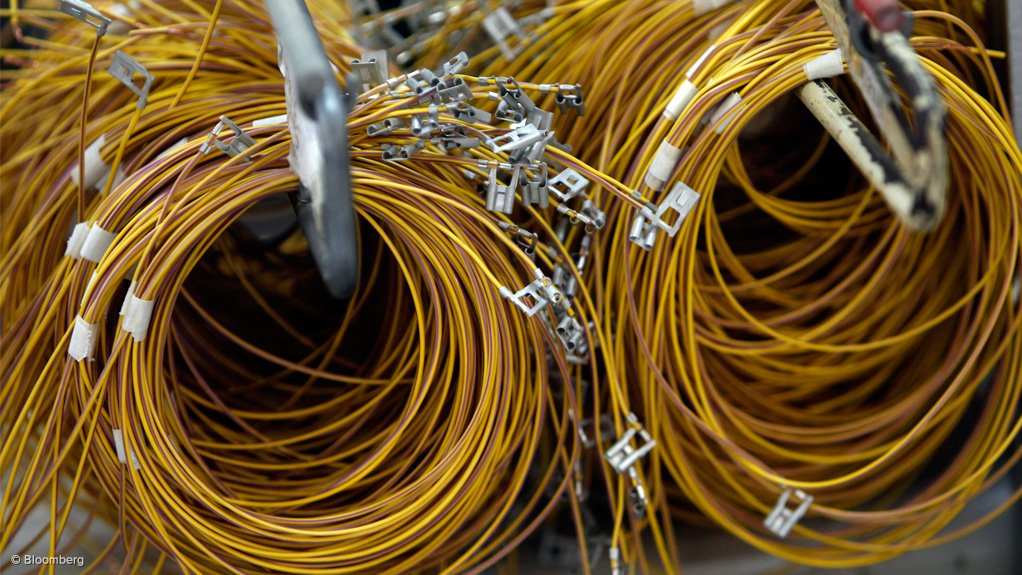 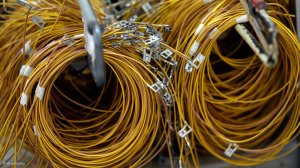 Photo by Bloomberg
THEFT STILL HINDERING SA While the value of stolen nonferrous metals in South Africa has decreased over the past year, owing to the fluctuating copper price, the volume stolen has actually increased in some cases (Bloomberg)

Atraining manual, which will assist the South African Police Service (SAPS) in combating nonferrous metal theft more effectively, will be used to train SAPS members across the country from August 2013 to improve the comprehensiveness of knowledge about these type of crimes.

The Southern Africa Revenue Protection Association (Sarpa) assisted in completing the training manual, which focuses on the trading of second-hand goods and on combating the illegal trade of nonferrous metal goods. The manual was completed in April.

Much information on combating nonferrous metal theft has not been available to law enforcers, notes Sarpa technical adviser Rens Bindeman.

“Once we start systematically training police officers on the ground, better results in stopping nonferrous metal theft will be achieved. Police officials will know how these crime syndicates work, which areas they target, at what times they operate and the methods they use to steal the cables,” he explains.

Bindeman notes that the training manual will also assist the SAPS in effectively implementing the Second-Hand Goods Act No 6 of 2009, which came into effect in May 2012. The Act stipulates that any person buying stolen goods, including copper cables, is as guilty as the person who stole the goods. If a dealer is found guilty, a court could impose a prison sentence of up to ten years.

Control of the Business Against Crime South Africa- (BACSA-) managed Non-Ferrous Metal Crime Combating Committee (NFMCCC) has been taken over by the SAPS. The forum, which was started in 1993, involves role-players such as the SAPS, the BACSA, State-owned power utility Eskom, State-owned transport provider Transnet and JSE-listed telecommunications group Telkom, as well as Metrorail, mines, muni- cipalities and representatives from many government departments.

He says, owing to increased interaction between the SAPS, government and the private and public sectors, the SAPS can identify crime syndicates faster and ensure that an effective prosecution process takes place in court.

“I have not found one police officer that is not interested in catching a copper cable thief. At every police station where we have conducted training, the thieves were caught within a matter of days,” states Bindeman.

He adds that the effectiveness of the training developed by Sarpa has been proved in the Western Cape for instance, where huge numbers of police officers have been trained in the past.

Losses as a result of nonferrous metal theft in Cape Town decreased from R22-million in 2006 to R500 000 in 2007, owing to increased awareness and the Copperheads initiative.

The Copperheads – an elite task team of specially trained officials – was formed in 2007 to combat the theft of nonferrous metals, which was rife in Cape Town. The team follows up on leads about metal theft suspects and investigates scrap-metal dealers to ensure that they comply with the law by not buying stolen property.

The investigators and rapid response units in the task team can arrest perpetrators and hand cases over to the SAPS for criminal prosecution.

Bindeman highlights that the private sector develops many solutions aimed at curbing cable theft. “We receive regular calls from people who have patented and developed solutions to stop thieves from pulling cables out of the ground and make authorities aware when cables are tampered with.”

Bindeman notes that the most inventive and cost-effective solution involves the marking of cables. “Cable manufacturers are working on a marking standard for cables produced in the future. Eskom for example, cuts a groove into its aluminium cables, which are also being targeted, to prove that the cables belong to the entity.

“There are many initiatives regarding the marking of the cables. In South Africa – where most cables in the field are unmarked – the marking of cables will make the products traceable and deter thieves. If we can mark most of the service providers’ cables in some way or another, we would definitely foresee a reduction in nonferrous metal theft in the future,” Bindeman predicts.

Bindeman stresses that the whole economy is suffering, owing to metal theft. “Over the years, thieves have collectively started to steal cables and other metal equipment from much-needed infrastructure such as telephone lines, electricity networks, substations and railway lines.”

He highlights that, in some areas, copper cables are stolen so frequently that it is impossible to replace them and, once stolen, an alternative material that is less attractive, such as aluminium or ‘copper weld’, is used to replace the cable.

In addition, security measures around the actual infrastructure are needed to prevent recurring thefts.

Security measures that deter copper cable thieves include the installation of alarm systems that sound when electricity stops flowing through a cable or a break in the cable is detected. Cameras and high fences and barricades, as well as patrolling security guards are also used.

“On some roads in Cape Town, security guards patrol the highway to protect the lighting,” Bindeman notes, adding that the cost of implementing security measures to protect copper cables is extreme and, in some cases, unviable.

“Budgetwise, it is difficult to constantly replace stolen copper cables and networks, and service providers such as Telkom, Eskom, Transnet, Metrorail and municipalities suffer financially from these losses.”

Meanwhile, he notes that, while the value of stolen nonferrous metals in South Africa has decreased over the past year, owing to the fluctuating copper price, the volume stolen has actually increased in some cases.

According to the South African Chamber of Commerce and Industry (Sacci) Copper Theft Barometer, State-owned transport provider Transnet, as well as parastatals Eskom and Telkom, lost between R30-million and R40-million a month to copper cable theft last year. These figures decreased to R9.9-million in May of this year, says Bindeman.

He points out that unemployment is one of the main drivers of nonferrous metal theft, as people need money for basic necessities, adding that crime syndicates use these people to their advantage and steal cables on a large scale, are well organised and move around the country to hit “soft targets”.

“The market for stolen copper cables will always be there. Some scrapyard dealers are unscrupulous and buy stolen items. However, it is suspected that a huge amount of stolen cables are exported overseas by crime syndicates and do not even pass through the scrapyards.”

There is a big market for nonferrous metals in Asia. To curb the export of stolen goods, government is aiming to implement the draft Export Control Guidelines No 24 of 2013. This initiative aims to control nonferrous and ferrous metal waste and scrap exports.

Bindeman notes that the initiative could, on the one hand, be effective in curbing thieves from moving stolen goods so easily out of the country, as they are currently doing, and should, therefore, reduce illegal exports. However, on the other hand, it will necessitate syndicates becoming even more resourceful in the way in which they dispose of the stolen items. Authorities will need to be aware of this and should be proactive in finding these loopholes and closing them down as soon as possible, says Bindeman.

Previously, there was limited involvement by paratstals and private-sector organisations, except the BACSA, in the curbing of non- ferrous theft. However, since Sacci joined the drive to stop copper cable theft a few years ago, the rest of the private sector has become quite involved.

Sacci provides an effective forum where strategic issues, such as new legislation and ways of assisting the country’s service providers in preventing nonferrous metal theft, are discussed, with much participation from the private and public sectors.

In addition, Eskom has a drive called Operation Khanyise, which aims to educate communities regarding copper cable theft and electricity theft. The campaign has achieved high levels of awareness, with a constant flow of information through radio, print, online news sources and outdoor advertising.

Bindeman adds that parastatals also host community drives aimed at educating communities on how nonferrous metal theft is impacting on them. “When com- munities realise this, they are quite eager to help prevent these thefts,” Bindeman explains.

He highlights that the parastatals also have toll-free numbers for the reporting of cable theft and urge communities to phone in and provide information.