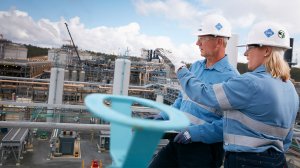 PERTH (miningweekly.com) – Oil and gas major Santos has announced a A$360-million investment to drill and connect more than 130 new production wells in the Fairview gasfield, north of Roma.

Work will start in June with first gas in October this year.

At peak production, the project will produce around 78 TJ/d, equivalent to about 25% of domestic demand in Queensland.

“While the gas will feed the Gladstone liquefied natural gas (GLNG) plant in Gladstone and bring in export revenue for the nation, investments like this free up other supply sources for the domestic gas market, which is desperately needed,” Santos MD and CEO Kevin Gallagher said.

“Queensland’s coal seam gas would never have been developed without access to huge international markets and the massive capital investment of our joint venture (JV) partners and customers in Asia. Without that investment, there would be less gas supply in the domestic market today.

“Since the GLNG project was sanctioned a little over a decade ago, Santos and its GLNG partners have contributed nearly A$300-million in royalties to state revenues. Not only will this new investment provide ongoing employment for 160 drilling and construction contractors over the next two-and-a-half years, it will deliver an additional A$91.5-million in royalties for Queensland,” said Gallagher.

“Importantly, local communities and businesses will benefit with over A$100-million to be spent on local goods and services to support the project. The investment will also see an extra A$600 000 go to the Maranoa and Banana Regional Councils for road upgrades and maintenance.”

Gallagher said that this incremental investment in Fairview fits with Santos’ low-cost, disciplined operating model and builds on the company’s commitment to Queensland and the Maranoa and Banana regions.

Santos earlier this week also announced that, along with JV partner Beach Energy, it would work to boost gas supply from the Cooper basin, bringing a fifth drilling rig into the basin and optimising well connections.

The Cooper basin programme of works was aimed at delivering an additional 15 TJ/d of gas by the end of the year to the domestic market.