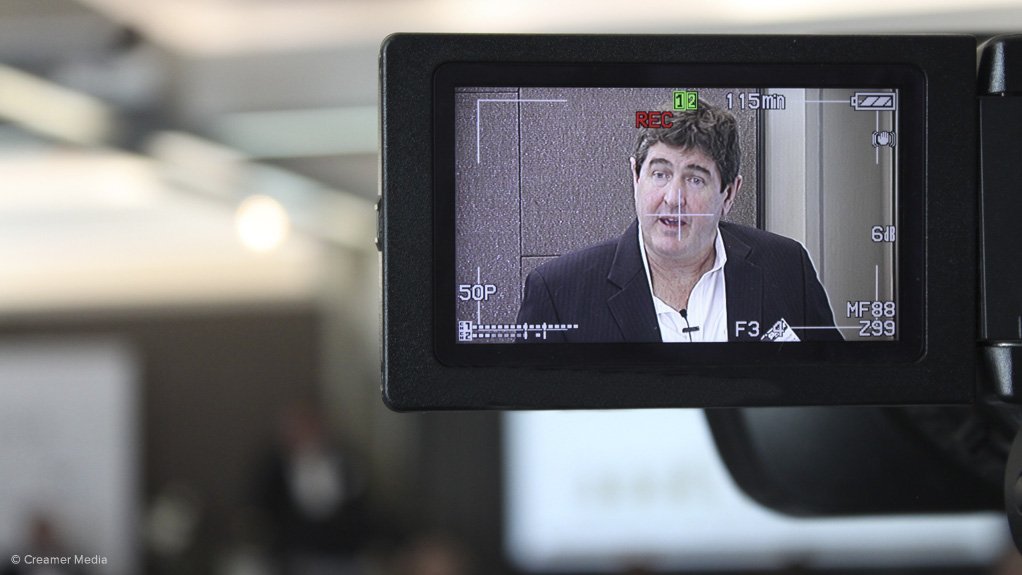 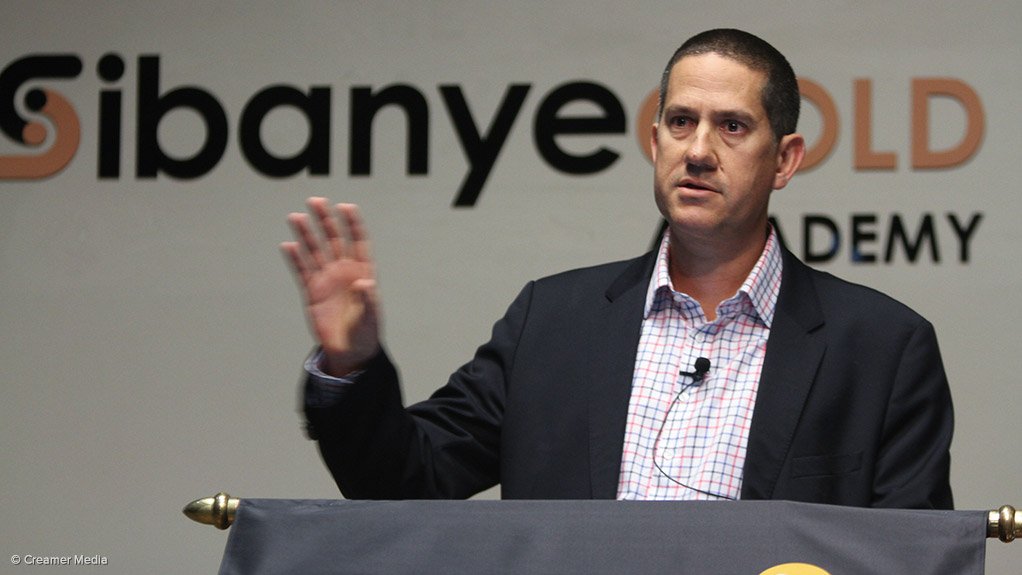 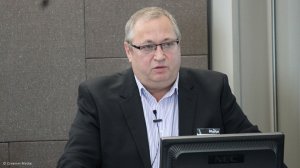 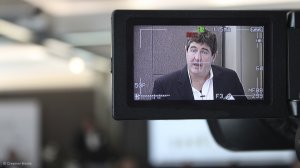 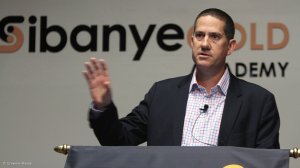 JOHANNESBURG (miningweekly.com) – Top performing precious-metals mining company Sibanye Gold, dismayed by an uncharacteristic spate of mineworker fatalities, began its presentation of high-cash results for the half-year with a safety moment as a mark of its determination to up its safety performance.

The 125% surge in profits in the six months to June 30 was given short shrift at Thursday’s presentation of high-dividend-paying results as Sibanye CEO Neal Froneman announced that he had mandated highly experienced mining operational executive and mechanical engineer Peter Turner to work alongside him in the CEOs office to drive safe technology.

Although the gold division's operating profit soared to R5.3-billion from R2.4-billion in the comparable period of 2015, Froneman spoke of being “somewhat concerned” about the company’s “lack of achieving potential”. (Also watch attached Creamer Media video).

His lament that poor safety had had the biggest negative impact on the company in the half-year came against the background of the Johannesburg- and New York-listed Sibanye declaring its highest-ever interim dividend of 85c-a-share, totalling R785-million, which is almost as much as the full-year R917-million declared in 2015.

“We’ve had a very disappointing safety regression…which really undermined our potential,” Froneman said, promising to re-energise safety and to introduce “quite a lot of new concepts” that would hopefully take the company into a much better era.

But he cautioned that the full buy-in of all stakeholders, including the Department of Mineral Resources (DMR), was essential for the new concepts to succeed and that the company was engaging with all its stakeholders to get their full support.

On statutory Section 54 safety stoppages, he said the company not only accepted appropriate Section 54 stoppages but also embraced them as being necessary.

However, Section 54 stoppages were not always implemented in a manner that improved safety.

“Stopping a deep-level gold mine is a very, very dangerous thing to do. It creates other challenging technical issues and, in my opinion, very seldom leads towards improving safety. But I do believe that there are Section 54s that are appropriate . . . as well as other solutions,” Froneman said.

He expressed the conviction that the DMR and all other stakeholders would find a way of implementing safety stoppages so that safety continued to improve without impacting the business's viability.

“I don’t want this to be seen as us being at odds with the stakeholders . . . and we need to be constructive in finding a solution that works for everybody,” Froneman added.

Sibanye gold division CEO Wayne Robinson reiterated that the company’s gold division had “by no means” achieved its potential in the six months to June 30, when production rose 5% to 23 229 kg, or 746 800 oz, year-on-year.

He calculated that there had been an opportunity loss of 1 268 kg, or 40 700 oz, as a result of operational disruptions, which included more than 70 unplanned Section 54 safety stoppages, preparation for the strike that was looming in the second quarter and an illegal sit-in at one of the shafts in the first six months of 2016.

Owing to the mines being operationally better in the second half, production guidance for the full year is being kept at 50 000 kg (1.6-million ounces) but with safety the biggest challenge.

Excluding the operational disruptions, the total cash cost would have been nearly R20 000/kg better at R362 000/kg, and without Cooke 4 – which continues to underperform – there would have been another R10 000/kg improvement.

Organic projects approved at a gold price of R450 000/kg offer a net present value of R7-billion on Sibanye’s average first-half gold price of more than R600 000/kg, with internal rates of return of between 20% and 30%.

These organic projects offer good returns at low risk owing to the company’s knowledge of Kloof 4 below infrastructure and that the Burnstone orebody has been comprehensively drilled.

These projects, as well as the Driefontein 5 below infrastructure project are being self-financed by the company from operational cash flows, with some of the projects also increasing production output.

“We’re not being complacent as far as our costs are concerned. We’re working on restructuring where we believe there are synergies and we’re working on reducing footprints to reduce overhead costs and improve efficiencies,” Robinson said at the presentation attended by Creamer Media’s Mining Weekly Online.

The safety performance of Sibanye’s platinum division, headed by CEO Jean Nel, is below the Ontario and North American benchmarks.

The 12-month lost-time injury-frequency rate of the Mimosa platinum mine, in Zimbabwe, is 1.36.

“I still think that is the best safety performance of any platinum mine on earth,” said Nel.

However, the company’s Kroondal platinum mine, in North West province, last Friday suffered its first fatality in 23 months, when a colleague died in a shaft that had been free of any fatality for 11 years.

The platinum division had excellent quarterly production of 92 773 oz, with Mimosa and Kroondal combining to set a new six-month production record at acceptable cost levels.

But at the prevailing prices of platinum-group metals, Kroondal remains marginal.

“Where we are depleting resources at breakeven or, in some instances, at a loss, we are going to have to continue with our assessment to understand the right outcome for all stakeholders.

“We cannot cross-subsidise or use shareholders’ funds to finance other stakeholders,” Nel warned.

At Rustenburg, the Section 11 change of ownership from Anglo American Platinum (Amplats) to Sibanye is still expected before year-end.

Nel reported that the conventional shafts at Rustenburg were performing at a level below plan in a manner that negatively impacted the finance involved.

Sibanye is thus working with Amplats to understand the causes of the underperformance and what can be done to improve matters.

“This underperformance cannot be sustained. It’s not fundable, so it has to be addressed . . . and we are going to have to be very honest about what it means if we are able to improve that performance to something that resembles the plan,” Nel said.

Froneman said in a release to Creamer Media's Mining Weekly Online that the firmer gold and platinum prices and weak rand had driven a good financial result, which had enabled Sibanye to continue to generate strong cash flow, maintain a robust balance sheet and deliver industry-leading dividends.

He said that the outlook for the rest of the year remained "very positive", but with management aware of the risk of complacency during high-margin periods.

"We have, therefore, refocused our energy on improving our safety performance, which has slipped; maintaining our attention on cost management and operational efficiency; and ensuring capital discipline,” Froneman added.

As reported in recent trading statements, headline earnings and basic earnings were impacted by an extraordinary R1.2-billion fair value loss on financial instruments, which resulted from the high increase in Sibanye’s share price during the period.

Moreover, basic earnings were impacted by an R819-million impairment of the value of the Cooke 4 assets.

Headline earnings and basic earnings for the half-year of R1.1-billion, or 121c a share, and R333-million, or 36c a share, respectively, rose well above last year's headline earnings of R170-million and basic earnings of R180-million, resulting in substantial free cash flow of R1 536-million, which included an extraordinary payment of R1 490-million in terms of the Sibanye Gold Limited share plan payout to certain sections of below executive management.

Free cash flow, adjusted for this extraordinary payment, would have been R3 026-million.

Following the conclusion of the R4.3-billion acquisition of Aquarius, net debt to earnings before interest, taxes, depreciation and amortisation increased to 0.41 times, well below industry averages and well within Sibanye's internal guideline of 1.0 times.

Attributable production from the platinum division for the nine months to December 31 is forecast at 260 000 oz, at an average cash operating cost of R10 600/oz.

Attributable platinum capex is forecast at R225-million, absent of any production from the Rustenburg acquisitions.