SA one of the world’s most violent, strike-prone countries 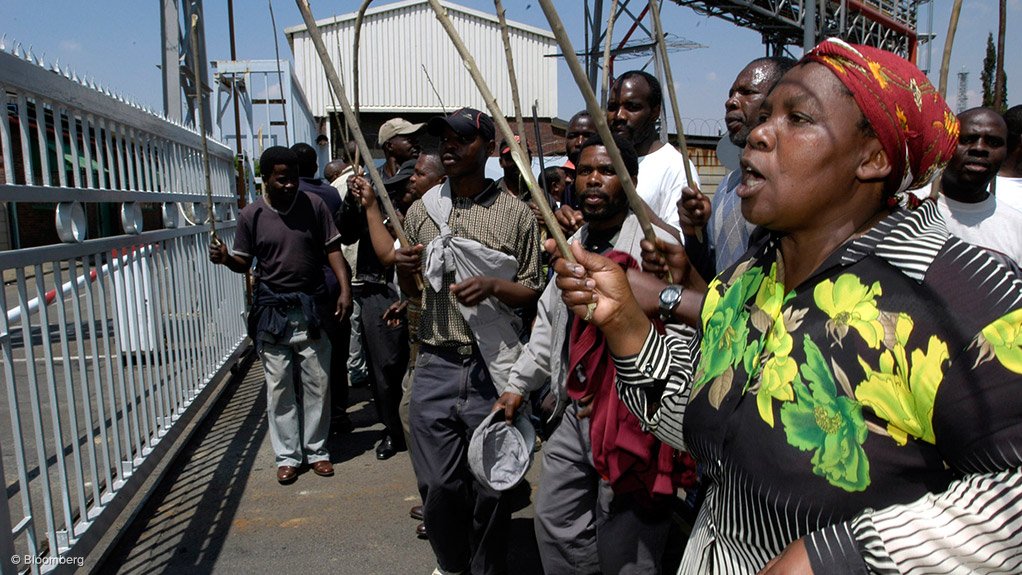 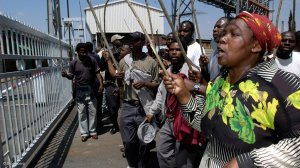 South Africa has one of the highest rates of industrial action, with its strikes among the most violent in the world, Bowman Gilfillan consultant and employment and alternative dispute resolution specialist John Brand said on Wednesday.

In 2012, the country had recorded a loss of 17-million working hours – 16-million of these in the mining sector – as a result of 99 strikes, 45 of which were unprotected.

“The number of work stoppages [is] show[ing] a steady increase,” he said on Wednesday at the twenty-seventh Labour Law Conference being held in Sandton.

Although the results of strike action monitoring in 2013 had not yet been published by the Department of Labour, it was likely that there would be a significant uptick in the number of strikes and their impact, he commented.

Detailing an international standard of measuring the number of working days lost owing to industrial action per 1 000 employees, Brand said Denmark, France and Belgium registered the highest rate of work stoppages, with a respective 159.4, 132 and 78.9 yearly average days lost between 2005 and 2009.

The global yearly average for the same period was 30.6 average days.

The duration of the strikes was also lengthening, leading to greater impacts on companies and employees.

In 2012, at Marikana, where 45 people were killed and hundreds injured during a wage-related strike at Lonmin, a misconception that all the workers received a 22% hike in wages had spurred strike action across the mining sector, particularly the gold and coal sectors, said Brand.

The aggregate losses to the mining industry had reached R15.3-billion, with a R12.5-billion reduction in export revenue.

The wages lost in 2012, however, were “absolutely enormous”, with workers losing nearly R7-billion in wages during the various strikes, compared with the R1-billion recorded in 2011.

The workers at Lonmin had only received a 7.7% hike in some cases and 9 000 workers had not gained anything after losing 12% of their annual wages.

By 2013, all hopes that the turbulent 2012 labour environment was just a “bleep” on the screen were lost when 5.2-million working days were lost owing to continued strike action.

The first half of 2014, which was overshadowed by a five-month strike in the platinum sector, registered 7.5-million lost working days and a R23-billion revenue loss for Anglo American Platinum, Lonmin and Impala Platinum, with workers losing 47%, or R10-billion, of their yearly wages.

Now large-scale retrenchments were expected, with those still working only expected to start recouping losses in three years’ time.

Teke said the Association of Mineworkers and Construction Union- (AMCU-) led strike that had brought South Africa to the brink of a recession “should not have happened”.

The consensus was that South Africa would “narrowly miss” a recession, with growth recovering to 1.1% in the second quarter, after a 2.2 percentage point contraction in the first quarter, before quickening to 2.5% and 3% in the subsequent quarters to average 1.9% for the year.

The gamed was changing, Teke said, with AMCU challenging the status quo, which had had a ripple affect into the metals and engineering sector.

The month-long National Union of Metalworkers of South Africa- (Numsa-) led strike, which followed closely on the heels of the mining strike, resulted in workers losing 8% of their yearly wages, and receiving “at best a 2% hike”, Brand commented.

“They could have received the same deal without the strike.”

However, of concern was the “shocking”, increasingly violent nature of the industrial action, during which the strikers were armed, while the police mostly remained passive.

During the first two weeks of the Numsa strike, 246 cases of intimidation were reported, along with 50 violent “incidents” and 85 records of vandalism.

And the longer the strike continued, the more violent it became.

Despite recordings, images and witnesses, strike-related violence often failed to result in prosecution.

He also recommended, besides many others potential laws and regulations to mitigate the strike action, the establishment of an independent institute to educate and train social partners to enable an awareness of their rights, obligations and responsibilities, the importance of modern, interest-based, mutually-gainful, good faith negotiations and risk analysis skills.

The much union-opposed secret, but independent, strike ballot was also an option and would have a huge impact of the mitigation of strike-related violence, he added.

South Africa was facing a bigger problem than just strike action, with Brand suggesting it was an outlet for citizens’ and workers’ frustration at continued poor service delivery and hard living conditions.

Teke said that the mining companies were undertaking “a lot” of initiatives and injecting hundreds of millions of rands to ensure the wellbeing of their workers, but the challenges were too big for a company to face alone.

“We need to get to the underlying causes of the strike action and start building synergies with what we need economically and what labour needed and create a balance,” Teke stated.

Should the nation fail to synergise, South Africa’s credibility and investor confidence would remain at risk, with potential downgrades, while a trust deficit among stakeholders would widen.

The implementation of the National Development Plan was now the greatest opportunity for all stakeholders to work together to accelerate meeting South Africa’s challenges of poverty, unemployment and inequality, he concluded.