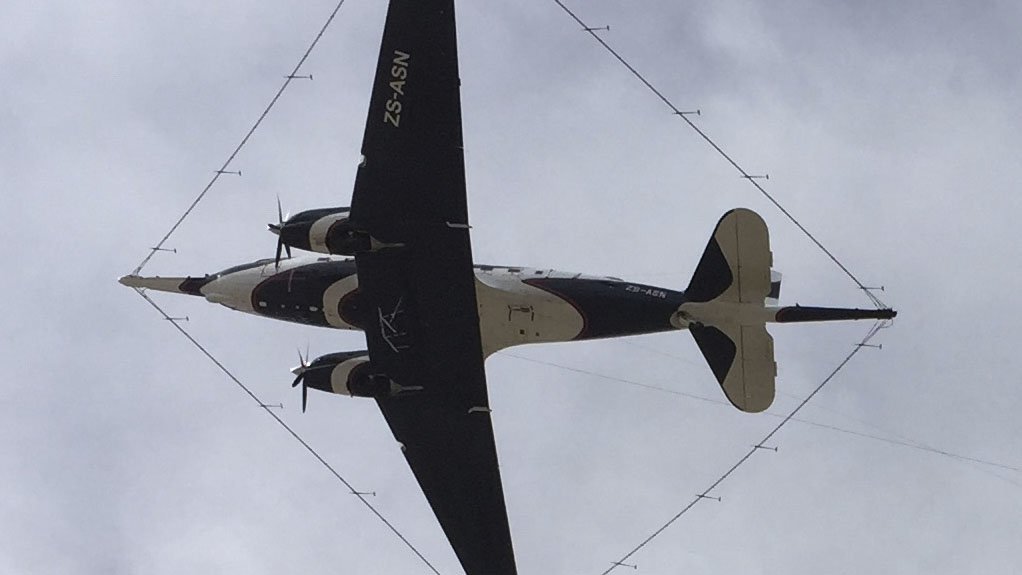 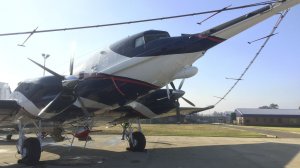 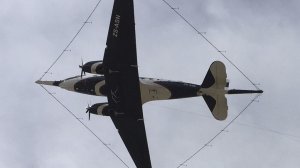 Airborne electromagnetic technology pioneer Spectrem Air, together with mining majors and main shareholders Anglo American and De Beers, is developing a superconductor magnetic gradiometer, known as Squid, that will greatly enhance the capability of the sensors used in airborne geophysical surveys.

Given the fast pace of development in electronics, Spectrem Air GM Louis Polomé notes that geophysical sensor technology has made significant improvements in terms of the resolution of the data collected, the size of detectors, the sensitivity of measurements and the ease of deployment.

He highlights that the company has been at the forefront of introducing new technology to its operations, adding that the superconductor magnetic gradiometer sensor will provide the next “big step” in the industry.

Polomé points out that the superconductive sensor was originally developed for military and medical applications, highlighting that Spectrem Air has secured exclusive use of the technology for the application in mineral exploration from the Germany-based developers. The company is now investigating the best way of deploying the technology on much more efficient and cost-effective platforms.

Airborne geophysical surveys use several different sensors attached to an aircraft to measure certain physical properties of rocks, including density, magnetism and conductivity, he adds. This information is, in turn, converted into a geological map that guides mining exploration programmes and assists in solving geotechnical issues and monitoring environmental elements such as underground water.

He stresses that performing the measurements in the air results in faster decision-making and a relatively cheap form of acquiring data. In addition, the information is gathered in a completely nonintrusive manner, causing no disturbance to the area.

Mining Indaba Debut Spectrem Air will be present at the Investing in African Mining Indaba for the first time, which will take place this year at the Cape Town International Convention Centre from February 6 to 9. The company will use the event to showcase some of its latest technological developments, which are combined in the newly upgraded Spectremplus airborne platform, replacing the previous Spectrem system.

Development of the in-house-designed and -manufactured Spectremplus system, which features modifications to the on-board equipment used to perform airborne geophysical surveys and the aircraft itself, began in 2011 in collaboration with several South African consulting groups. The Spectremplus platform was commissioned last year and offers the most powerful airborne electromagnetics system in the world for conducting geological, mineral and environment mapping, owing to the size of the aircraft that is used, emphasises Polomé.

“The large capacity of our aircraft has enabled us to incorporate exceptionally powerful sensors into the system. This resulted in increased depth of penetration – more than 800 m below the surface, which is considerably more than [that of] other available systems – and enhanced geological resolution, while maintaining a high level of detail in the near-surface geology.”

Polomé notes that the increased depth of penetration is highly advantageous to the African mining industry, as the areas in which mining companies are looking to expand their operations are increasingly under thick cover. In addition, he stresses that, while most mines seek to start their operations as shallow as possible, the information from the deeper regions to be mined can provide critical geological insight and allow for advanced plans to be made for deep mining.

“Market response to the system has exceeded our expectations and initial surveys conducted using the technology have produced results that have been great in terms of data quality, the resolution of geological features and the depth of investigation.”

The unique mapping tool incorporated into the design of the technology and the power of the sensors make the system especially well suited to exploring and mapping deep geology, which is typical of many mining environments in Africa, he stresses.

Spectrem Air combines this advanced technology with a complete service offering, providing assistance for mining companies from the early stages of project prefeasibility planning to the generation of a detailed three-dimensional (3D) geological model.

The company is also working on a lower-noise electromagnetic towed sensor and a fully integrated multisensor platform to further enhance the resolution of the measured data, which would result in the generation of superior geological products.

“Being a South Africa-based company, our focus is very much on the African continent. The opportunity to network at the Mining Indaba with many of the mining industry’s role-players, from junior explorers to government decision-makers, is, thus, extremely important to us.”

Spectrem Air will also showcase technology with the potential, it believes, to make significant improvements in the geological understanding of projects under way or being planned for the future.

Future Frontiers Polomé predicts that the remotely piloted aircraft system (RPAS), or drones, will start to play a more prominent role in airborne geophysics in the near future, with the elimination of having a person on board a significantly attractive option in terms of reducing cost and improving safety. The RPAS could also potentially be used in conjunction with conventional aircraft, thereby offering increased flexibility in terms of system configuration.

In addition, Polomé notes that ongoing advances in computer software development will result in enhanced airborne geophysical data processing and the generation of 3D models that closely resemble the geology on the ground.

“Spectrem Air’s team comprises experts in a range of fields, including aviation technology, electronic technology and geophysics, and the integration of this knowledge enables us to fast-track technological development, as we aim to keep South Africa at the forefront of innovation in airborne geophysics.”