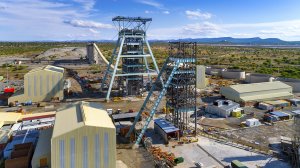 “In the next seven to ten years and even more, we believe that the market will remain as strong as we’re seeing it now,” said Phiri, who also revealed that RBPlat:

In recalling the huge decision that RBPlat took eleven years ago to proceed with the development of the R14-billion Styldrift, Phiri said: “It was indeed a very, very difficult and a big decision that we took way back in 2010 to start building Styldrift and I know there would have been some sceptics who doubted that we would succeed. But it was a journey not without upheavals and many pitfalls.

“As you can remember, at one stage we slowed down the project, tried to preserve cash in a market that was going down, so that we didn’t ramp up into a market that was down, and we’d only ramp up at a time when the market was picking up. Indeed, the timing was at least better because we ramped up in a market which is quite bullish now,” he said.

Mining Weekly: Do you envisage that the steady state unfolding at Styldrift will endure for its 30-year life-of-mine?

Phiri: Absolutely, yes. There were some IMSs that we had to rebuild but as we are speaking now, we’ve got 100% of IMSs and we are ramping up and you’ll have heard Neil Carr, our chief operating officer, saying that in the month of July, we were close to 230 000 t. We produced 227 500 t, so we’re just about there.

How important is RBPlat’s BRPM mine where entry into UG2 reef maximises rhodium and palladium extraction?

It’s important to mention BRPM because the focus has for long been on Styldrift because it’s a brand new mine. But many people are alert to the fact that BRPM has been the chief sponsor of Styldrift. Without BRPM we would have struggled to fund Styldrift. BRPM has been a top performer. Even in this half-year, BRPM produced beyond expectations with its costs managed, tonnes exceeding expectations and producing strong revenues because of the UG2. So things are going well and we really are proud and happy with the performance at BRPM and the big generation of cash came from BRPM.

PGMs are doing good environmental things in the world. Is RBPlat also taking steps to be green and clean at its PGM operations?

Absolutely, and you will have heard that we have revised our sustainability frameworks and we are close to the end of our feasibility studies to build our own green energy plant. We are up there with the big boys. Somebody was saying that we’re punching above our weight and that’s the intention.

Will RBPlat begin reporting on its Scope 1 and Scope 2 emissions going forward?

What is RBPlat doing about skills development?

In especially a mechanised mine like Styldrift, you’ve got to develop skills. You’ve got to develop capacity and you’ve got to train people because it’s in the mechanised side of the mining industry that there is a shortage of skills, and that’s why there’s poaching and counter poaching in mechanised mines. So we’ve decided that we’re going to develop skills, were going to be training our own people. We have developed a workshop where we train people on how to operate machines and also to repair the machines. In five years’ time, I’d like to say that we’re not struggling with skills at Styldrift. But BRPM is so important in the sense that we’re moving into lower stopes of UG2 and those skills are also quite important because conventional mining is going to stay with us even though there is talk about mechanisation. The geology of the orebody tells you what kind of mining method you should use. In a market where UG2 plays quite a big role, you cannot ignore those conventional stoping areas where you can produce the best revenue-generating PGMs. So skills also have to be developed for BRPM. But digitisation and innovation is also so important when it comes to safety.

It's wonderful to see that RBPlat has also established a school for 2 200 learners.

It’s a combined primary school and a high school and a state-of-the-art school, and it’s courtesy of a 50:50 joint venture between RBPlat and the provincial Department of Education. That's again where a public-private partnership comes in. We’re very excited about that.

RBPlat has also been making a contribution to fighting Covid not only with vaccinations but also hospitals.

You would not think that we’re the small company we are. We’re building hospitals. We’ve doing vaccination centres and those vaccinations are not only going to be for the employees. Yes, the first priority is the vaccination of employees but once we’ve done that, we’ll be vaccinating communities. I want to reiterate that it was important for us, as an industry, to rally together and do what we should do as a matter of moral obligation rather than as a matter of ticking the boxes. Our Minister really did quite a great job for the industry and in a way we should reward him with this kind of effort.

For how long do you think the current strong demand for PGMs will last?

In the next seven to ten years and even more, we believe that the market will remain as strong as we are seeing it now. Prices will fluctuate but not fluctuate downwards in such a way that we will call it a down cycle. On the back of the stringent environmental legislation, all over the world and particularly in the big economies, which are Europe and China, and also America, which consume rhodium and palladium, we believe that the market will remain strong. With platinum becoming the flavour of the hydrogen economy, long term we think that platinum will even overtake, in terms of appetite, palladium. We are confident that being in PGMs is the place to be. I’m excited about the hydrogen economy. It’s going to take a little bit of time but the hype that we're seeing all over the world, especially in Europe, is quite exciting. So if you’re not in platinum, you’re probably late because that’s one metal that’s going to play a big role in the hydrogen economy.

Will RBPlat ever consider using hydrogen for the mobility of its own mining fleets?

We’re waiting to see how efficiently it works for our colleagues at Anglo American but, yes, we will do so.