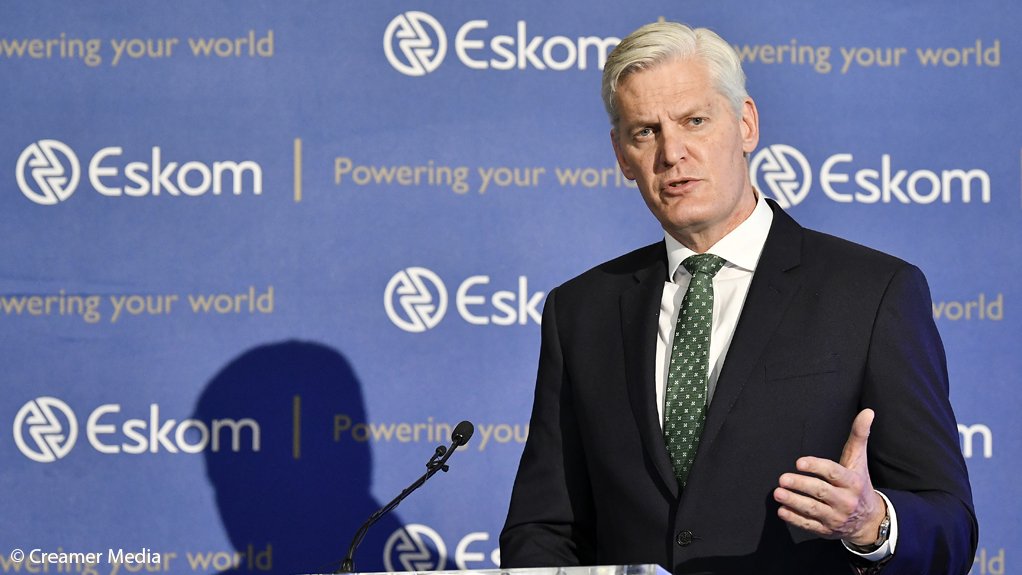 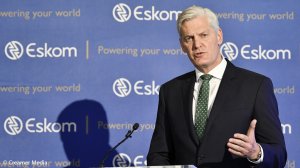 In a briefing hosted during another bout of Stage 4 load-shedding – which is expected to be de-escalated to Stage 3 on Wednesday and then Stage 2 on Friday, before being cancelled entirely over the weekend – De Ruyter said the procurement system “really does not lend itself to this type of maintenance programme”.

The RMR was first unveiled in early 2020 and was punted as the solution to help Eskom stabilise its coal fleet to the point where the risk of load-shedding would be materially reduced, albeit not eliminated, by October this year.

In the event, Eskom will breach 1 000 hours of load-shedding for the first time this year, making it the worst-ever period for the implementation of rotational cuts.

Under the Public Finance Management Act (PFMA), the utility is required to apply to the National Treasury for permission to deviate from the rules, with the average response time currently exceeding 77 days.

“You can imagine that there are a large number of these requests that get made and that it has had a negative impact on our ability to appoint the necessary competent contractors and to do so swiftly … [and] to make sure that those contractors are on site, properly resourced with the right spares and the right skills at their disposal in order to execute on the maintenance programme.”

COO Jan Oberholzer, therefore, confirmed that Eskom was “absolutely not” satisfied with the competence of all the contractors currently performing maintenance at its coal power stations.

Employing incompetent contractors, he indicated, was linked directly to the procurement rules, which “we are actually addressing with Treasury”.

Likening the coal plants to a Mercedes-Benz vehicle, he said it was not always straightforward, owing to the procurement rules, to take the car to a “Mercedes-Benz garage that employed a Mercedes mechanic and used Mercedes spares”.

“In the past, you had to go out on open tender and appoint whoever was the cheapest . . . and this is giving us, in some areas of the business, significant challenges.

“But we are discussing this with our colleagues at National Treasury to have a look at how the PFMA should be applied at Eskom, specifically in the current situation that we find ourselves in.”

Likewise, the RMR had been affected by the group’s liquidity problems, which were resulting in the release of insufficient funding, which was also not always flowing in time for maintenance to be fully planned and executed.

Oberholzer has indicated previously that R11-billion is required yearly to maintain the generation business and that at least 24 months is needed to plan a major outage.

“This financial year, we were given R3-billion in April and only in September were we allowed an additional R3-billion,” Oberholzer said, explaining that the late release of the funding had made it difficult to both plan and execute this year’s maintenance schedule.

In the normal course, finances should be released at least six months prior to the start of an outage to secure the spares and services required, but De Ruyter said that there would have been a risk of default had the cash been released any earlier than it was.

Funding had also not yet been secured for the RMR for the next two financial years.

De Ruyter said the liquidity crunch and procurement issues, together with the hard Covid lockdowns of 2020, had delayed the roll-out of the RMR and had also meant that it could not meet its initial target of having stabilised the coal fleet by October.

He once again reiterated that the risk of load-shedding would persist for as long as South Africa did not add the 4 000 MW to 6 000 MW required for system adequacy and to create the time and space for ongoing maintenance in a context whereby nearly 10 000 MW of coal capacity would also be decommissioned by the end of the decade.

De Ruyter also shrugged off calls for his resignation, arguing that management continuity was necessary for Eskom to navigate both the current intense load-shedding period and to lay the basis for future stability and eventual sustainability.

Amid calls from the Black Business Council, the National Union of Metalworkers of South Africa and the National Union of Mineworkers for the Eskom board and CEO to step down, De Ruyter said it would be unhelpful to fall into the previous “trap” of changing CEOs, which had occurred 11 times at Eskom over the past ten years.

“That lack of continuity has clearly contributed significantly to instability in the organisation.

“So, it is important that we continue along the path that we have taken.

“I understand that there are frustrations that we are not achieving our objectives as quickly as we would have liked to, but these frustrations will not be resolved, I believe, by changing horses at this point in time, or changing jockeys for that matter.”

De Ruyter has found support from Business Unity South Africa (Busa), which has rejected the resignation calls and has indicated that it “stands with the Eskom leadership in these difficult times”.

“It does not help to exacerbate the ongoing operational crisis by creating a leadership and governance crisis at Eskom.

“We are of the view this leadership has taken the tough decisions, shown remarkable openness and transparency and, critically, developed a progressive future-looking plan that will see the diversification and decarbonisation of the electricity supply system in South Africa.” Busa CEO Cas Coovadia said in a statement.

De Ruyter defended his decision to promote that future-looking plan at COP26 in Glasgow, Scotland, as load-shedding resumed domestically.

Although he returned early, South Africa was still able to unveil a political declaration, whereby France, Germany, the UK and the US, as well as the European Union, committed to providing R131-billion in funding to support a just energy transition plan conceived largely by Eskom.

“If Eskom and Eskom management was not present at those sessions [at COP26] then we would have been ‘gazumped’ by countries such as Indonesia, India and Vietnam.

“Now, I think it would have been a great loss for South Africa if we were unable to secure the R131-billion made available by foreign governments to enable that just energy transition on highly concessional terms.

“So, I think I would respond by saying that there were a hundred and thirty-one billion very good reasons for me to be at COP26.”