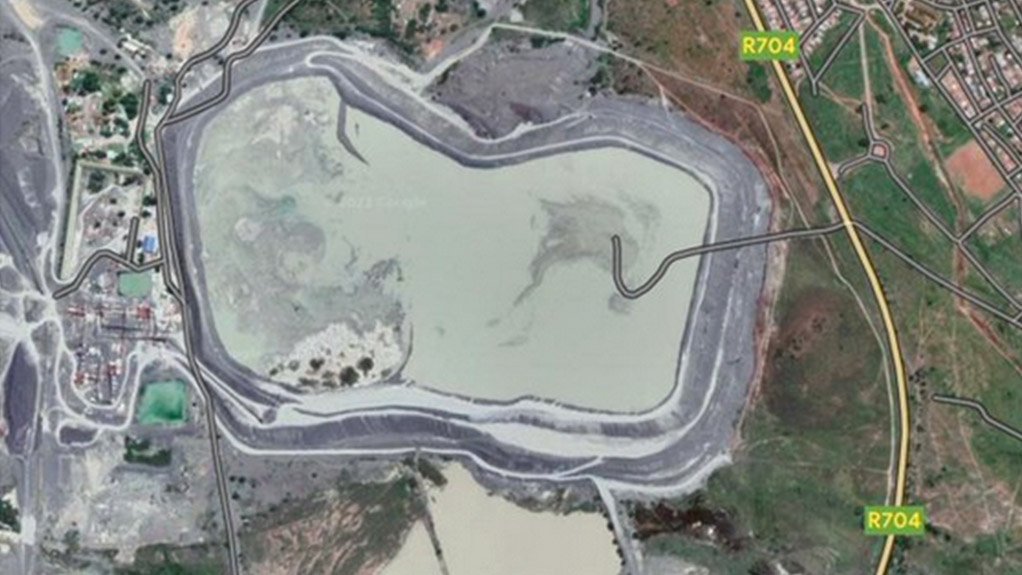 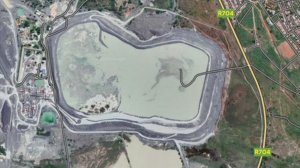 JOHANNESBURG (miningweekly.com) – Following the visit of President Cyril Ramaphosa to the Jagersfontein-Charlesville area in the Free State, Minerals Resources and Energy Minister Gwede Mantsashe will today visit the diamond tailings deposition dam that burst its banks, killing at least one person and destroying homes.

Mineral Resources and Energy Deputy Minister Dr Nobuhle Nkabane will accompany Mantashe and both will meet with the management of the company that is processing the slime dam.

The Department of Cooperative Governance said multi-disciplinary teams consisting of the South African Police Service, emergency medical services, health, disaster management, social development, search and rescue personnel and engineers from the mine are on the scene, where search, rescue, immediate relief, and stabilisation operations are underway.

Minerals Council South Africa said it had no information about the ownership structure or the standard of management of the dumps at this stage, emphasising that the assets concerned were not owned by any of its members,

The causes of the collapse of the dam at the Jagersfontein diamond mine, which was shut in the 1970s, were unknown at this stage, Minerals Council added in a release to Mining Weekly.

In April, diamond publication Rapaport reported that a Dubai’s group had purchased Jagersfontein Holdings, which was described as a company running a site dedicated to processing the old tailings from one of South Africa's first diamond mines.

The South African National Standards (SANS) 10286 Code on Mine Residue Deposit Management has been reviewed in an effort to achieve alignment with International Council on Mining and Metals’ (ICMM’s) Global Industry Standard on Tailings Management, said the council, which serves on the steering committee on tailings management of the ICMM.

In addition to the adoption of best practices that have been made in respect of management practices for tailings storage facilities, the Minerals Council expressed the belief that adherence to the ICMM standard would augment existing national standards and legislative requirements and practices to create a step change for the mining industry to address safety risks and the environmental sustainability, management and governance of tailings dams.

Ongoing compliance with the national regulatory requirements coupled with the implementation of the revised SANS10286 standard and continuous adoption of the ICMM standard would, the council said, strengthen current management practices by integrating social, environmental and technical practices, covering the entire life cycle from site selection, design, construction, management, and monitoring to closure and post closure.

AmaranthCX CEO Paul Miller criticised the absence of information on the consortium or the operation as a general symptom of South Africa's opaque, non-transparent approach to government and business generally.

Tailings, which are defined as left-over materials from the processing of mined ore, contain  metals, chemicals, organic matter and effluent from the process used to extract the desired products from the ore. They generally leave the mine processing plant in a slurry form and these days referred to as tailings storage facilities or TSFs.

Meanwhile, electricity utility Eskom reports that it has made progress in restoring bulk electricity supply to Jagersfontein following the Rietkuil substation being engulfed by mud, which damaged the infrastructure. Rietkuil Substation, a bulk supply point from which Centlec, the electricity distributor in the area, supplies Jagersfontein and Charlesville.

Electricity supply to Jagersfontein mine was restored on Sunday afternoon. In addition, plans are in motion to restore bulk supply to Centlec through alternative feeders. If all goes according to plan, bulk supply should be restored by Tuesday, 13 September.

Eskom customers on the Fauresmith-Spitskop and Pompie-Rietkuil feeders are, however, still without electricity supply owing to the collapse of 50 poles. Muddy conditions are making this area unreachable, leaving Eskom with seven rural customers unsupplied.

The Rietkuil substation may have to be rebuilt entirely, the utility stated in a release to Mining Weekly.