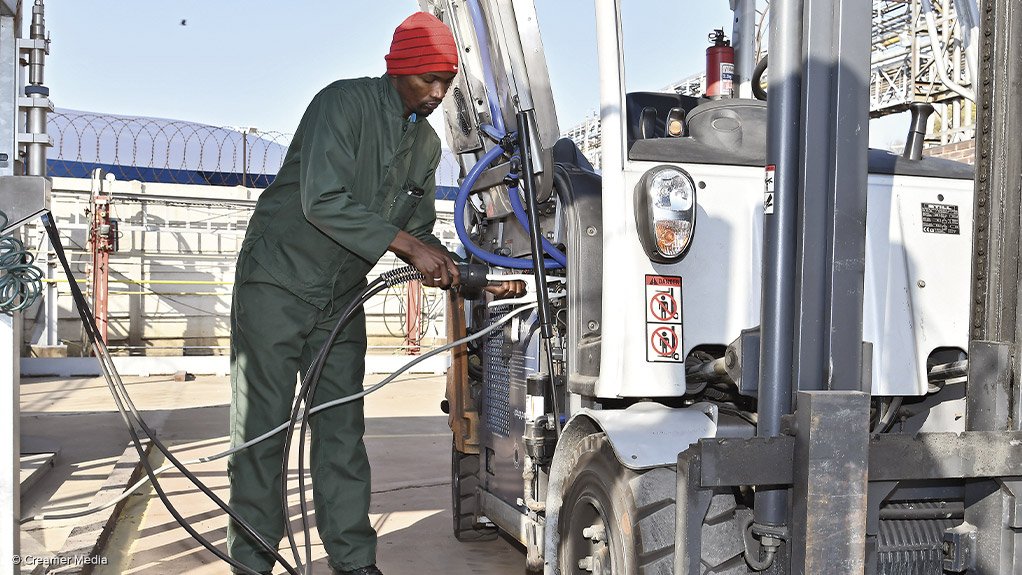 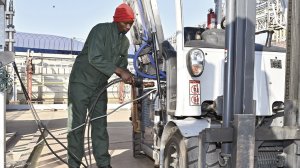 FCEV growth is taking place in tandem with the spread of the hydrogen economy in a world that is cold-shouldering carbon pollution and taking steps to mitigate climate change.

FCEV technology produces electricity using an electrochemical reaction that gives off water as a by-product and emits zero greenhouse gas.

In China, where major city air pollution can be excessive, more than 400 000 FCEV buses are on the roads, while in the US, 15 000 out of a total global count of 20 000-plus forklift trucks are making use of platinum-catalysed FCEV technology as they go about mainly warehouse duties.

The big selling points of FCEV heavy-duty trucks are their rapid charging times, zero emission at the point of use and the ability to be subjected to demanding duty cycles. FCEV forklifts refuel in three to five minutes and operate silently.

The technology is following the same cost trajectory as solar, which was initially highly priced, but which economies of scale quickly dragged down to competitive levels.

In South Africa, platinum group metals (PGM) mining company Impala Platinum has been putting a showpiece FCEV forklift truck through its paces successfully at its refinery in Springs, on the East Rand, where an economically viable hydrogen refuelling station has been established. (See attached Creamer Media picture.)

“Fuel cells and the hydrogen economy pose an attractive long-term opportunity for future platinum and PGM demand,” Minerals Council South Africa states in its National Platinum Strategy document, under the heading of ‘Fuel cells: sponsoring a hydrogen town in China’.

China has selected a number of ‘hydrogen cities’ in which FCEV technology is being deployed and hydrogen refuelling infrastructure installed.

Minerals Council South Africa believes it would be attractive for South Africa, as the host of the world’s largest PGM endowment, to work with China by shadowing a small number of its hydrogen cities.

“Although this would add only a very limited quantity of PGM demand in the short term – several hundred additional ounces – the longer term impact could be very significant,” Minerals Council South Africa states in the strategy document.

FCEVs are best suited initially to demanding duty cycles where higher and longer energy output is required and zero emissions are crucial.

The appetite for FCEV buses is gaining momentum in Europe, where 1 000 FCEV buses are earmarked for deployment.

Chinese company Dongfeng has manufactured 500 FCEV trucks. In the US, beer giant AB Inbev has placed an order for 800 FCEV trucks with Nikola Motor Company, which has received a $1.7-million grant for fuel cell membrane electrode assembly (MEA) research and development. MEAs serve as barriers to separate the cathode and anode of fuel cell systems.

Hyundai is bringing out an FCEV truck this year and Toyota has one at the pilot stage.

The Department of Energy in the US estimates that there could be as many as 40 000 FCEVs on the road by 2022.

Mining Weekly has an upcoming Fuel Cells feature (deadline August 16) and companies wanting to advertise in the feature should contact Creamer Media COO Sales and Marketing Reinette Classen at +27 11 622 3744.