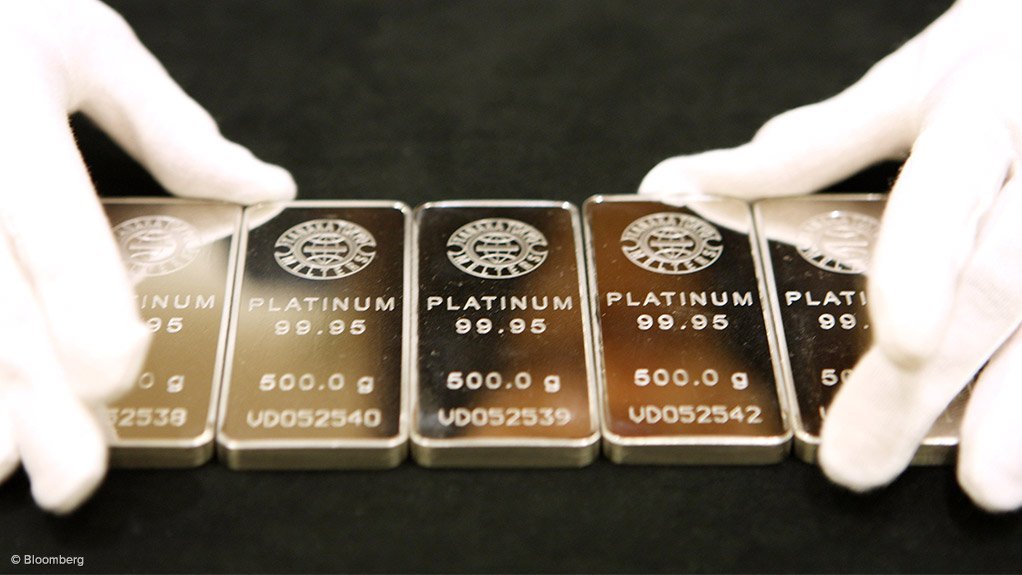 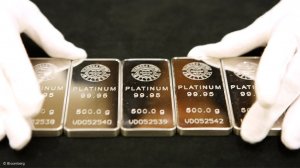 The report put out by BMO Global Commodities Research added that ETF inflows had been strong in the year to date, as investors have seemingly taken a view that palladium may be over-bought and see potential for platinum substitution in autocatalysts over the mid-term.

Although platinum has been out of favour for the past few years, with prices dropping from over $1 500/oz in 2014 to below $800/oz in 2018, BMO researchers described the price as having now steadied, after seemingly hitting an inflection point in late 2018 and rising over 6% this year.

Bloomberg reports that palladium was heading for its biggest weekly decline in more than three years as investors’ focus turned to demand amid concerns over slowing global growth, with the decline following repeated warnings that the metal’s recent surge to record highs had propelled it into bubble territory.

Reuters reports that palladium’s sell-off has arisen after some analysts warned of a growing potential for a price correction. A strong dollar added to the headwinds.

Palladium shot into prominence after ‘dieselgate’ put the world off platinum-using diesel vehicles and the market turned to palladium-using petrol vehicles, which sent the palladium price well above the platinum price.

The ongoing contraction in China car manufacturing and weaker macro data has shifted focus to the demand side of palladium markets, and at the moment “selling is begetting selling”, “Much of palladium’s doubling in price over the last eight months was driven by supply concerns, and these are well-explored,” CMC Markets Asia Pacific chief market strategist Michael McCarthy has been quoted as saying.

Spot palladium was $1 363.20/oz in morning trade in Singapore, after dropping 7.3% Thursday and more than 5% the day before.

Neal Froneman, the CEO of Sibanye-Stillwater, the world’s only primary palladium producer, said at this week’s Joburg Indaba annual breakfast session that the palladium deficit would be addressed by platinum substitution and that the “real dark horse” platinum group metals (PGMs) commodity currently is platinum.

“Palladium will be substituted by platinum and the palladium price will pull up platinum to reduce the palladium deficit,” said Froneman, whose PGMs company Sibanye-Stillwater also supplies platinum.

Once the Lonmin transaction is concluded, Sibanye-Stillwater will be the biggest platinum producer in the world, having paid a relatively moderate sub-R40-billion to attain that height.

It then bought Stillwater in the US for R25.6-billion in May 2017 and the proposed all-share Lonmin transaction is estimated to be worth R4.1-billion.

For the longer term, Sibanye-Stillwater is positioning for participation in appropriate drive train and battery metals growth to keep abreast of rapid change.

To obtain the required insight, it has acquired SFA Oxford, which assesses strategic investment opportunities in future technologies. These technologies are moving so fast that it is no longer obvious which metals will be part of the future stream.

This follows Sibanye-Stillwater securing a toll agreement with Amplats that gives it access to its metals, which opens the way for the company to involve itself in downstream aspects of the PGMs market.

The company’s South African operations are leveraged to a higher PGMs basket price, with a steady 600 000 oz/y rising sixfold from 2016 to 2018.

Metals Focus founding partner Philip Newman said in response to Mining Weekly Online that despite platinum’s widening discount to palladium, he saw no evidence of plans to substitute palladium with platinum in the automotive sector and current emission standards were acting as a considerable headwind against switching to platinum.

"As for platinum prices, we expect the metal to recover in the latter part of 2019. However, this is largely premised on assumptions of rising gold prices, which help to lift platinum, given the two’s positive link.

"In terms of platinum’s own fundamentals, we expect the surplus to grow this year, which remains the key headwind to building investor confidence in the metal. As such, even though the platinum price is forecast to recover in late 2019, gains will be restrained and its discount to palladium and gold should remain broadly sizeable," Newman added.