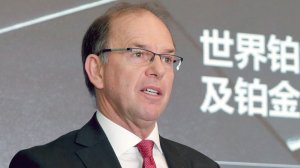 That is an overall outlook summary that coincides with the publication by the World Platinum Investment Council (WPIC) of its Platinum Quarterly for the second quarter of 2021. (Also watch attached Creamer Media video.)

With recoveries in economic output surprising even the most optimistic growth expectations, platinum demand benefitted, and this is expected to continue for the rest of the year, WPIC research director Trevor Raymond, who also spoke to Mining Weekly in a Zoom interview, reported.

Automotive demand jumped 75%, or more than 285 000 oz, year-on-year in the second quarter as global light vehicle production recovered from the pandemic. Had it not been for stoppages across the world, as the semiconductor chip shortage persisted, demand for platinum would have been higher – by an estimated 50 000 oz.

Second-quarter industrial demand rose 46% to exceed pre-Covid levels, with the use of platinum in industrial applications expected to increase by 25%, or 493 000 oz, in 2021.

Platinum petroleum demand more than doubled in the second quarter, chemical demand was up 83% and glass demand rose by 39%.

But supply was up even more. It was up by 55% and that was really the South African mines operating largely without the Covid shutdowns of last year and without the ACP plant outages suffered last year.

Supply was also boosted by a faster-than-anticipated processing of a backlog of material that built up while that ACP plant was out last year.

Investment demand, although weaker, was still over 500 000 oz and above the eight-year average prior to Covid. So interesting, yet in surplus at the moment.

In Europe and North America, jewellery fabrication rose by 19% on strong demand, but fell 25% in China on fierce competition from gold and Covid disruption.

Mining Weekly: What supply/demand dynamics are likely to play themselves out going forward?

Raymond: Firstly, from a supply point of view I think what we’re seeing now is a transitory effect with the boost of that processed material that built up last year, what it looks like is that supply is quite strong. But without processing that material, the mining output level is certainly below that of 2019. There was about 500 000 oz of the semi-finished material that was built up. We expected about 200 000 oz to be processed this year and that looks more like 300 000 oz. What that also means is that you’ve got 200 000 oz that will be processed. That means at the end of 2022, we’re still looking at supply that’s appreciably weaker than it has been. With that constrained supply, I think it’s all the more relevant what happens to demand, and demand looks like its strengthening strongly from increased loadings, particularly in China heavy duty, a lot more heavy-duty vehicles being sold, certainly a lot more substitution of palladium by platinum, and a lot more investor interest, particularly with platinum’s links to the hydrogen economy. So, looks like constrained supply and certainly strong demand growth.

What will likely eventuate from the surging global interest in hydrogen?

We’ve had a lot more policy confirmed around the world. What that’s doing is giving people the comfort that the hydrogen economy will certainly happen. From a platinum investment point of view, it’s fairly long term but it’s quite chunky. You’re looking at somewhere between two-million and three-million extra ounces on an eight-million-once market, even though that’s eight or ten years out. So, that’s a big comfort factor. In think the short term is that you’ve got green hydrogen manufactured by using platinum electrolysers and you’ve certainly got heavy-duty fuel cells that seem to be coming in a lot quicker, particularly in China. When the investors join the dots between decarbonisation and platinum, they certainly will come and have a look at platinum, and that’s pushing up investment demand. There’s another angle. People are talking about banning internal combustion engines and moving from internal combustion to electric vehicles. That’s going to take time, that length of time is uncertain. What we need to do in the interim is to be more carbon dioxide (CO2) efficient and the hybrid internal combustion engine vehicle really is CO2 efficient. Platinum is able to facilitate the use gasoline and diesel hybrid internal combustion engines as a transition from internal combustion to electric. I think we’re going to see a lot more news flow about the importance of hybrid vehicles. Those also use far less battery material so they’re a little more attractive than a straight battery vehicle and certainly lower CO2 efficient, and have huge demand for both platinum and palladium, and when I see more platinum in gasoline engines, it will be good for platinum in the medium term.

What is the outlook for investment demand for exchange traded funds (ETF), bars, coins and exchange stock inflows?

Last year investment demand was about 1 500 000 oz and this year we’re saying it will be 500 000 oz so that decrease of a million ounces is quite a spectacular number. You might think that investment has collapsed but not at all. ETF inflows in 2019 and 2020 were particularly strong, nearly two-million ounces, and what we’ve had now is that the ETF investment has slowed up a little, interestingly mainly on South African funds, who are looking at slow capital spend by the producers and thinking that the dividend yields are probably more attractive than the ETF. So, although ETFs have come down, particularly since the end of June, that’s mainly been switching into platinum equities. The bar and coin demand remains particularly strong. Anything over 300 000 oz for bar and coin is particularly strong and it says that lots of retail investors still want hard assets. To anybody looking for something other than a US equity, a bar and coin sounds very sensible. Stocks held by exchanges, that's mainly the Nymex futures exchange in the US and typically for the last two decades, that futures market operated with stocks of about 100 000 oz to 200 000 oz, because most futures are cash settled, no one really looks to those stocks particularly. What happened last year with the restrictions on travel is that a lot of those market-making banks needed 50 oz bars to back those futures and there just weren't enough in New York, so they took large bars in Europe, melted them down, turned them into 50 oz bars, and we saw nearly 700 000 oz of 50 oz bars flow into Nymex stocks. So, perhaps you work for 20 years with stocks of 200 000 oz, it’s now going to work for the next 2 years with stocks of 700 000 oz. But that just means that the swing between the two years looks quite dramatic. The importance is that those stocks are there, the market makers are making a good market in futures and interestingly, we saw about 160 000 oz come out of those stocks just after June, and that seems to be because the platinum is just unavailable. We saw the lease rate spike, so we think that although the news flow still tends to suggest platinum is plentiful, we think that lease rate spike and people actually using a futures metal is certainly an indication that the platinum market is tight, not fully reflected in the price yet, but it’s certainly an indication that things are a little different.

The WPIC Platinum Quarterly states that its revised forecast to a modest surplus in 2021 should be considered within the context of the unprecedented and seismic change caused by the pandemic. There are currently a number of different dynamics at play. In the short term, the transitory nature of higher mine supply in 2021 and 2022, arising from processing the semi-finished material built up during plant outages in 2020, has presented an upsurge in supply that has tipped the balance. Meanwhile, semiconductor chip shortages are hampering growth potential in the automotive sector.