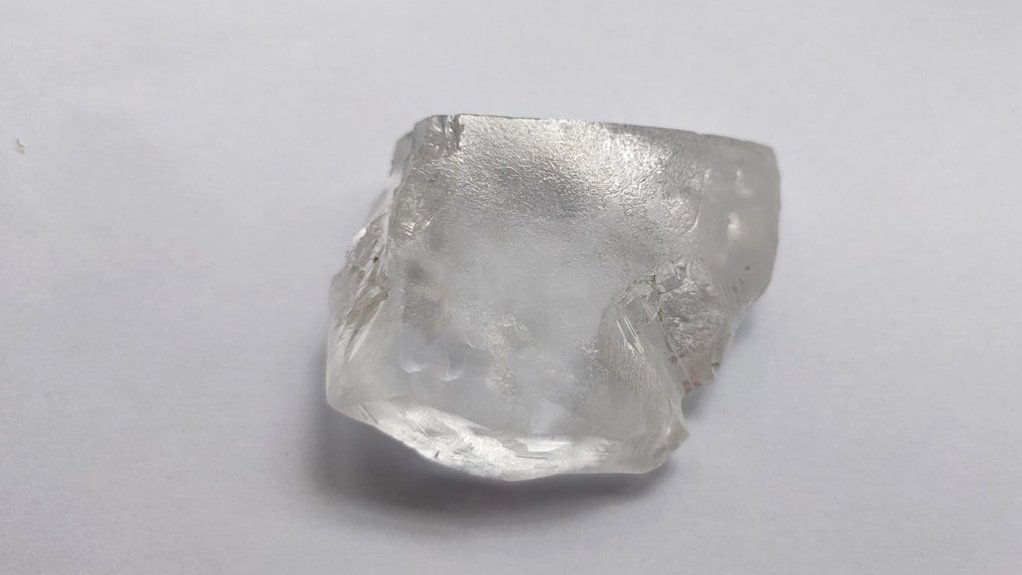 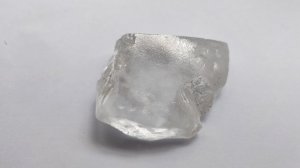 Ahead of the release of diamond miner Petra Diamonds’ interim results, the miner has reported a 16% year-on-year decrease in overall production to 1.74-million carats for the first half of its 2021 financial year, mainly as a result of the Williamson mine in Tanzania remaining on care and maintenance.

Although Cullinan experienced increased production in the six months to December 31, this was offset by lower output at the Finsch mine as a result of waste ingress in a number of the upper levels of the Block 5 sub-level cave, which negatively impacted on the recovered grade, and corrective measures to address the waste ingress restricting the volume of run-of-mine tonnes being mined.

As a result, Petra reports that its interim revenue had decreased by 8% to $178.1-million from the sale of 1.71-million carats.

As such, proceeds amounting to $40.4-million from the Letlapa Tala Collection of blue diamonds were offset by weaker prices following the Covid-19 outbreak and the deferral of sales to January of about 382 ct, yielding $30.5-million at Petra Diamonds’ first tender of 2021, which closed on January 15.

However, Petra also notes that diamond pricing on a like-for-like basis increased by 8% at this tender, confirming that pricing has returned to pre-Covid-19 levels.

Meanwhile, Petra Diamonds reports that the Cullinan mine produced a 299 ct Type IIa white gem-quality diamond in January. This stone, the third-largest high-quality white diamond recovered at the mine since Petra acquired its stake in 2008, is expected to be sold during the company’s next tender in February.

The two largest diamonds recovered at Cullinan while under Petra's ownership is the 507 ct Cullinan Heritage and the 424 ct Legacy.

Petra held a diamond inventory of 1.38-million carats valued at $103.6-million at the end of the first half.

The miner’s consolidated net debt as at December 31 was $695.5-million, while it also had unrestricted cash of $92.3-million and full drawn banking facilities.

Resulting from ongoing uncertainty around the impact of Covid-19, production guidance for the 2021 financial year remains suspended. Petra also notes that the Williamson mine remains on care and maintenance, as has been the case since April 2020, with the situation remaining under continual review.

Petra CE Richard Duffy says that, although everyone is living through a time of great uncertainty as a result of Covid-19, which has put considerable pressure on the business and all of the company’s employees, he is grateful for the continued fortitude and resilience of the entire Petra team in the face of this challenge. “[We] extend our sincerest condolences to the families and friends of the four employees who have tragically lost their lives to Covid-19.”

“I am delighted that we have now secured the support of our noteholders, lenders and shareholders for the proposed restructuring of the group’s balance sheet, which will formally complete in the coming weeks following the receipt of the requisite regulatory approval,” he says. This marks a significant milestone in putting Petra on a sustainable footing going forward, says Duffy.

A number of milestones have now been passed with regard to the successful implementation of Petra’s proposed capital restructuring and associated debt for equity swap, including the approval of the scheme by 100% of votes cast at the scheme meeting on January 8.

This was also backed up by the approval of the associated allotment of new shares by 95% of votes cast by shareholders at the company’s special general meeting on January 13. Thereby paving the way for the restructuring to complete during January or February, provided the requisite regulatory approval is obtained.