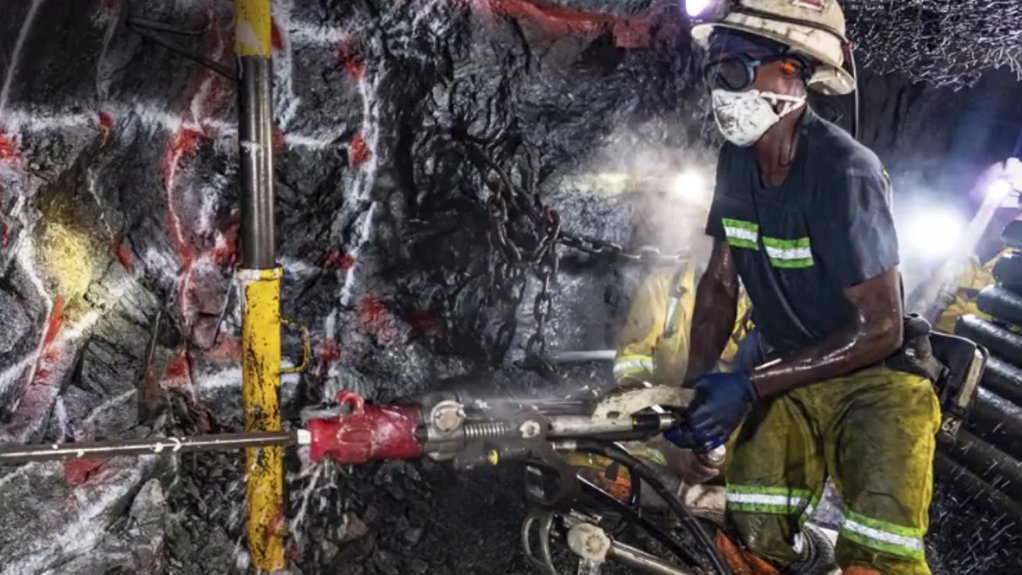 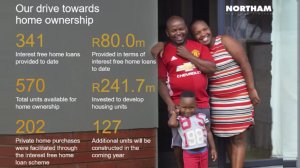 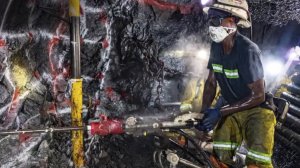 The JSE-listed platinum group metals (PGMs) mining company’s half-year contribution to the fiscus topped R1.6-billion, made up of just on R795-million paid in income tax, R223-million in mineral royalty tax, and R585-million tax paid by its 16 000 employees, who with the communities own 8% of the equity of the company. The employee empowerment trust scored R135-million.

As the company grows its production base to one-million ounces a year, Northam is set to add another 2 500 permanent jobs, to take the total since the launch of the growth strategy to 8 500 new jobs.

“The new units at Booysendal have proved extremely popular for our mining families,” said Dunne in displaying broadly smiling family members in the doorway of their home.

Northam has provided R80-million in 341 interest-free home loans to date in its drive to fund home ownership, which has seen R242-million being invested in housing development, with the construction of 127 more houses coming up.

Appreciable production increases have resulted from the company’s impeccably timed growth strategy, launched in the down cycle and yielding results as PGMs head for potentially their best period of extended growth.

Half-year production of 352 741 oz was 15% higher than for the corresponding six months of 2019, with chrome concentrate up 11% at 521 000-t-plus and poised to meet the company’s promise of one-million tonnes of chrome concentrate output a year.

The completion of the new shaft at Zondereinde, which is scheduled for 2024, will cement the mine’s western-extension-boosted future to well beyond 2050.

“Zondereinde has a new lease of life and we can see this benefit in the mindset of the employees. It’s very refreshing,” said Dunne, who added that more than 17 km of access tunnels had been developed and the purchase price already recouped.

While the original and well-established Booysendal North mechanised mine is strengthening, Booysendal South growth investment has been made and mining ramp-up is generating meaningful tonnages, resulting in the total mill-feed at Booysendal being 28% higher at 2.2-million tonnes on the back of the growth of the south mine.

The Central Merensky boxcut and portals are being completed and decline development has begun. Appreciable stoping build-up is planned for 2023 with a very quick move to steady state in 2024.

The total Booysendal covers some 14.5 km on strike, with a resource base of more than 100-million four-element (4E) ounces.

The processing of surface PGMs material and  chrome mine material at the Eland PGMs mine yielded 20 000 oz of 4E PGMs and 26 000 t of chrome in concentrate in the six months to December 31.

The commodity-prices-linked cost of surface material returned an operating profit, with revenue offsetting the capital expenditure required for the ramp-up of Eland.

“It’s our intention that the mine pays for itself,” said Dunne.

Hydropower drilling, which is noted for being efficient and quiet compared with the traditional air-powered hand-held drills, has been migrated from the Zondereinde to Eland, where upper group two (UG2) reef is visible on the rockface.

Northam bought Eland for R175-million in 2017 and the key reason why it did so is that it has a UG2-rich orebody that contains 19-million ounces of 4E PGMs and over 22-million ounces if iridium and ruthenium are included.

“The two-million ounces of rhodium alone represent a king’s ransom,” said Dunne, who described the width and depth of the UG2 seam as being ideal for stoping, with every square metre mined yielding over six tonnes and 26 g of 4E PGMs.

This yield, combined with the rhodium-rich basket, is expected to yield a healthy operating margin and the shallow operation means that a quick ramp-up with relatively low capital is possible.

The advancing of the decline by more than 450 m has opened up six strike drives, five short of the 11 required for full production, with 100 000 oz/y output scheduled for 2024 and chrome production of 180 000 t/y by 2028. Over the next five years alone, Eland is expected to produce more than 500 000 oz, which with its metal basket, should enable the mine to pay for itself as a capital efficient and profitable addition to the Northam group. The indicative operating margin is 70%-plus.