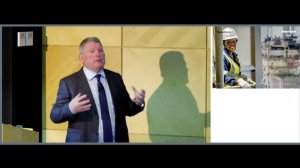 JOHANNESBURG (miningweekly.com) – The renewable energy plans of the Booysendal platinum group metals (PGMs) mine of Northam Platinum have been detailed quite extensively in the company’s 95-page sustainability report that will be available shortly online, Northam Platinum CEO Paul Dunne said on Friday, when the Johannesburg Stock Exchange-listed company reported a solid set of financial results for the 12 months to June 30.

“We’re also looking at two wind projects and they would be done as an off-balance-sheet power supply agreement,” Dunne said in response to Mining Weekly during question time.

“There are not that many wind projects available in South Africa outside of the Renewable Independent Power Producer Procurement Programme, the REIPPPP. We’re all very jealous about accessing wind power and we don’t want to be gazumped. But it looks like we’ve secured two wind opportunities, wheeling power.

“We’re not ready to make a formal announcement just yet, but it looks like we can secure that wind. A combination of all those projects should enable us to generate about 50% of our energy needs by the end of this decade,” he added to Mining Weekly.

Regarding the generation of green hydrogen from the renewable energy as a diesel substitute for Booysendal’s mechanised fleet, Dunne said: “Not yet.”

The year’s lower metal prices and the above-inflation cost environment, offset a 12.8% growth in sales volumes for Northam, which reported 48.3%-margined earnings before interest tax depreciation and amortisation of R16.5-billion on refined metal up at 716 488 four element (4E) ounces.

This, together with ongoing investment in expansionary capital expenditure resulted in net debt increasing to R16-billion, including the deferred portion of the purchase consideration relating to the acquisition of the RBPlat shares, amounting to R1.7-billion as at June 30.