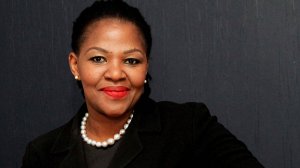 JOHANNESBURG (miningweekly.com) – Three women who have been in logistics collectively for more than 30 years have formed a company intent on helping to smooth out rail and port logistics in the Southern African region.

All three have worked in both the private and public port and rail sectors and have local and international experience.

Indlela is intent on improving rail and port turnaround times and cargo movement. Real-time monitoring of the rail infrastructure is undertaken to maximise rail time and save money.

“We detect material faults before they happen,” Damasane told Mining Weekly in a Zoom interview.

Where rail authorities have insufficient rolling stock capacity, Indlela will also invest in locomotives and wagons.

Currently, it is negotiating to buy wagons and locomotives in tranches to support three railways in the Southern African Development Community (SADC), with one rail authority this week accepting the company’s offer and the other two in advanced stages of negotiation.

The company is partnering with a listed Swedish company that provides performance management units that help to streamline performance, with a pilot being run to facilitate connectivity.

Indlela CEO Madikizela outlined how the sensors have been successfully put to work on wagons and wheels on the rail line from Swaziland to the Maputo port in Mozambique, with real-time information becoming available as the trains are traversing.

“We use the same trains, but we reduce the number of days,” said Damasane.

The specific focus of the first phase is on rail as a prelude to looking from pit-to-port, taking in trucking.

“The key driver is to improve turnaround time, to give customers satisfaction and to make sure that the customers can get their cargo from pit to port at the right time and plan so that they can improve the logistics themselves,” added Damasane, who is well known as the nonexecutive chairperson of Richards Bay Coal Terminal.