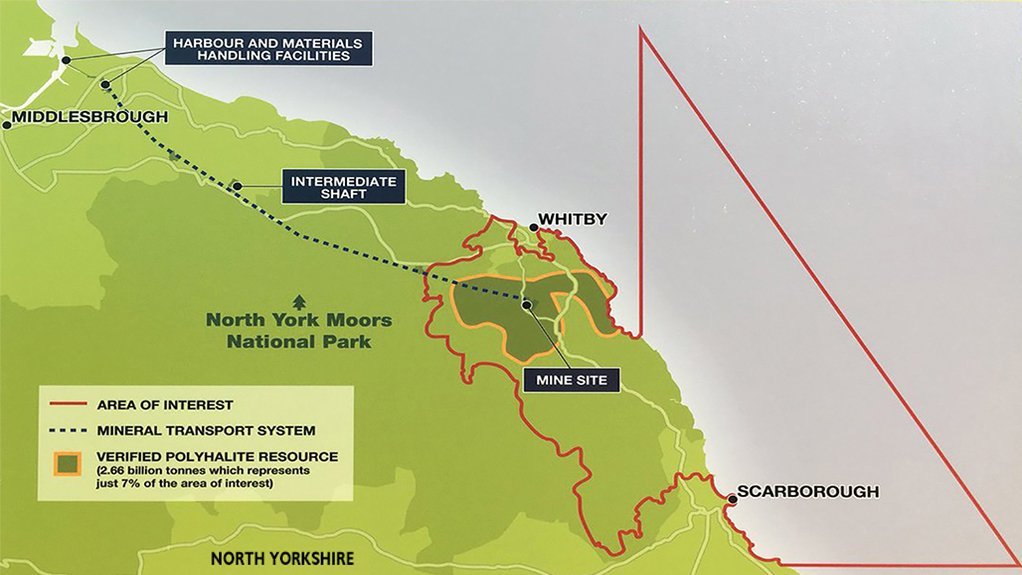 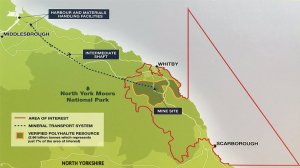 As a new chapter arrived for the Woodsmith polyhalite project, with diversified miner Anglo American on Tuesday officially taking control, Sirius Minerals chairperson Russell Scrimshaw has expressed his hopes for the project and apologised to shareholders for the value that the takeover has delivered.

Sirius, which delisted from the London exchange on Tuesday, was bought out at 5.5p a share, but shareholders were left counting their losses as many have bought their holding at four times or more that price. The stock traded at about 20p a year ago.

“I know there has been much disappointment regarding the value to shareholders that the takeover has delivered. However, given the circumstances it was the only viable route forward.

“I am sorry we could not deliver what we hoped to, but we scoured the globe for a funding solution (without success) after our stage two financings ran into difficulties. This will of course forever be a major regret to everyone involved as it has meant that we at Sirius Minerals were not able to bring the project into production and revenue,” said Scrimshaw.

Sirius has spent $1.1-billion on physical development work at the project site, where construction started in May 2017, but needed another $3.3-billion to develop the ten-million-ton-a-year mine. The company struggled to find financing and last year scrapped a plan to raise $500-million in a bond sale.

In an open letter, Scrimshaw thanked landowners and the wider community in, and around, the Woodsmith project, as well as its customers and research partners, adding that he took comfort in knowing that the project was being progressed by a "responsible business and team" who understood the importance of the mine.

In a separate statement on Tuesday, Anglo American CEO Mark Cutifani said that the group would progress the project, which has “clear potential as a tier-one supplier of premium-quality, low-carbon fertiliser”.

Woodsmith is on the highest known high-grade polyhalite, with a compliant 88.8%-grade reserve of 290-million tonnes and a resource of 2.69-billion tonnes. Polyhalite is a multi-nutrient fertiliser.

“We share a vision of working towards a smarter future for mining - a safer future with a smaller environmental footprint to ensure that we can supply the essential metals and minerals the world needs, and do so sustainably. The Woodsmith project exemplifies this approach,” said Cutifani.

He added that the Woodsmith project offered the prospect of sustained employment and economic stimulus for North Yorkshire and Teesside.

The Anglo CEO also recognised the role the project would play in its local communities. “I am pleased to confirm that we are today transferring £1-million into the project's charitable foundation. The foundation supports so many good local causes, including education and skills training, community sports clubs and broader local regeneration. We intend to contribute further amounts of £1-million on this date for each of the next three years, prior to the foundation receiving a substantial royalty income when the mine begins production.”