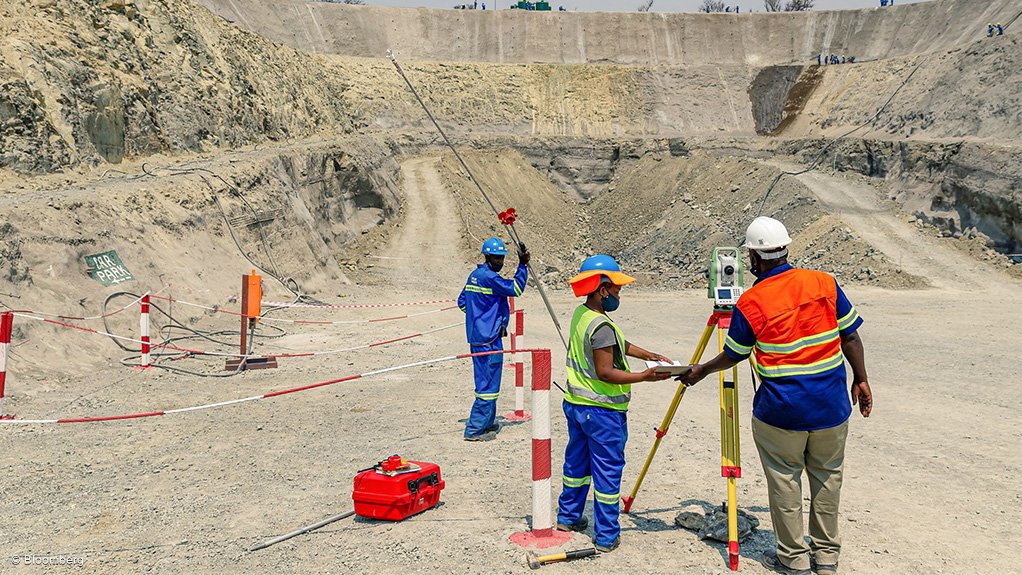 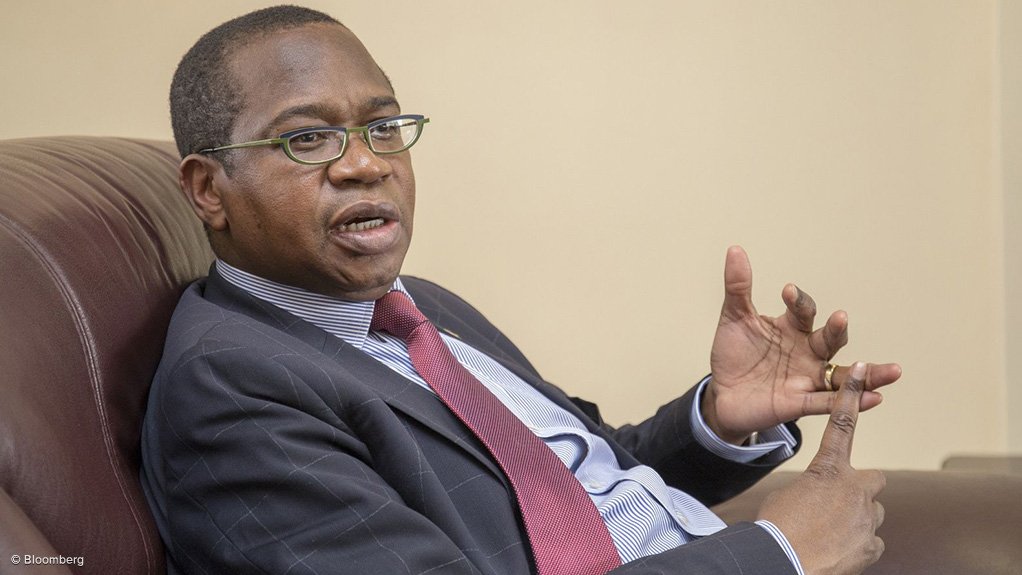 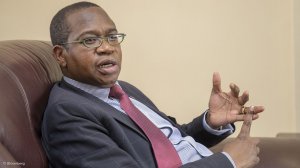 In December, the government of Zimbabwe announced a multibillion-dollar project called Kuvimba Mining House that would hold some of the nation’s most valuable gold, platinum, chrome and nickel mines and whose revenue would be used to revive the country’s moribund economy.

The venture would be 65% owned by the government and 35% by private investors, Finance Minister Mthuli Ncube said in a January interview, predicting it would be “highly profitable” within two years. President Emmerson Mnangagwa said in December the venture will help “in unlocking the inherent richness and value of our country’s mineral deposits,” according to the state-controlled Herald newspaper.The announcement was met with skepticism among local journalists and some industry analysts. Decades of graft and economic turmoil have left once-prosperous Zimbabwe a ruined state. The country has little formal employment, and inflation last measured 194%. Past state works projects failed to turn things around, not least because public money had a way of disappearing into private hands. Mnangagwa’s declaration that “Zimbabwe is open for business” and promises of a fresh start after he came to power in late 2017 have come to nothing.

The government won’t say where it got the funds to cover its purchase of the mines, smelters and platinum concessions the Kuvimba venture says it now owns. Officials have provided no evidence of transactions confirming Kuvimba does in fact own the mines it says it acquired. Ncube, in interviews with Bloomberg, has declined on two separate occasions to identify the private partners, who stand to make billions of dollars from the project.

Previously unreported documents, emails and WhatsApp messages seen by Bloomberg help fill in some of the blanks. They show how, through a complex series of transactions, the mining assets that form the core of Kuvimba’s holdings were until recently owned by or tied to Kudakwashe Tagwirei, a politically connected businessman and presidential adviser who was sanctioned for corruption by the US last year.

Calls and emails to Ncube over the past month seeking responses to questions about Kuvimba and Tagwirei’s involvement weren’t answered; nor were messages that Zimbabwe’s Permanent Secretary of Finance George Guvamatanga, his assistant, and an outside communications adviser said they would deliver to him.

The documents, which cover a period from mid-2019 to late 2020, show that, at least until late last year, key Kuvimba entities —- including Freda Rebecca Gold Mine, Bindura Nickel Corp and a 50% stake in platinum company Great Dyke Investments -- were held by Sotic International, a Mauritius-based holding company that part-owned by Tagwirei during that time frame through a complicated financial arrangement that makes his involvement difficult to see. “The lack of transparency is stock-in-trade for the government, the party’s acolytes and its business and professional services’ enablers,” said Tara O’Connor, executive director of London-based Africa Risk Consulting, which in March produced a 46-page report on the links between Zimbabwe’s most powerful politicians and businessmen. “All the companies associated with this new company, Kuvimba, carry Tagwirei’s DNA.” The Africa Risk report said that Tagwirei had been an owner of Sotic.

The government has publicly and repeatedly denied Tagwirei has any involvement in the Kuvimba venture and Tagwirei didn’t respond to questions about whether he still has a stake in or control over any of the assets that now fall under Kuvimba. Connections to a person under U.S. sanctions might deter investors and complicate the government’s hopes to sell a stake in Kuvimba on a foreign stock exchange. The U.S. sanctioned Tagwirei for using his political influence to “gain state contracts and receive favored access to hard currency” and linked him to the disappearance of $3-billion from a farm-subsidy program, calling him “notoriously corrupt.”

The Kuvimba project’s success is critical for President Mnangagwa, who has yet to deliver on the turnaround he promised after longtime ruler Robert Mugabe was deposed in a power tussle. He needs the revenue to pay for public services, including civil servants’ pensions and compensation for White farmers driven off their land two decades ago. The country has more than $8-billion in external debt and is effectively cut off from multilateral lenders such as the World Bank and International Monetary Fund.

Tagwirei is known in local media as “Queen Bee” for his commanding position in business and politics. Since Mugabe stepped down, “Tagwirei used a combination of opaque business dealings and his ongoing relationship with President Mnangagwa to grow his business empire dramatically and rake in millions of dollars,” the US claimed in its statement imposing sanctions on him.

Tagwirei didn’t answer four calls to his mobile phone or reply to emails seeking comment. He has not spoken publicly about the sanctions.The documents viewed by Bloomberg show that at least until late last year, Tagwirei effectively had control over Sotic, the company that owned some of the largest assets now claimed by Kuvimba, including major platinum and gold mines.

Sotic is backed in part by Almas Global Opportunity Fund, an investment firm registered in the Cayman Islands. It’s owned by Almas Capital Ltd., a company that is in turn owned by a businessman called Amardeep Sharma, Almas said in a response to queries.

“Almas became a shareholder of Sotic in the first quarter of 2020,” the company said, without giving any details of what it paid.

Corporate documents show an agreement among Almas, Sotic and Tagwirei in which Sotic issued 9 000 debentures to Almas at a face value of $1 000 each, or $9-million in total. Almas then handed control of the securities to Tagwirei, effectively boosting his control over Sotic. The repayment terms weren’t disclosed in the document.

In the response to Bloomberg, Almas declined to comment on its relationship with Tagwirei.

“As per the legal obligations which the fund has to abide, it cannot comment on any of its relationships in any manner whatsoever,” Almas said. “We can confirm that the fund is committed to being responsible in all its legal and compliance obligations as a financial entity and adheres to all local and international laws.”

In communications about Sotic last year between executives of the company, Tagwirei was referred to as “the boss” or by the initials KT. He authorised decisions and was copied in on much of the email traffic seen by Bloomberg. Pfimbi Ltd., a holding company, owns the rest of Sotic, according to documents seen by Bloomberg and confirmed by Almas.

“Pfimbi Ltd. owns the remaining 35% of Sotic,” Almas said. “Sotic owns a number of mining assets in Zimbabwe, some partially owned such as Great Dyke investments and others totally such as the Freda Rebecca Gold Mine.”

Pfimbi is also based in Mauritius and is controlled by Tagwirei through nominee agreements with six shareholders, the documents show. Those six nominee shareholders signed documents saying they’d hold their shares “for the sole benefit and on behalf of the owner” -- Tagwirei -- a clause in the agreement reads.The shareholders included former traders at Puma Energy Ltd., a unit of commodities giant Trafigura Holdings Pte. that ended a fuel partnership with Sakunda Holdings. Sakunda is an investment company headed and owned by Tagwirei that was involved in a fuel import and distribution venture with Trafigura until February last year. None of the shareholders responded to emails or answered their mobile phones. Pfimbi could not be reached for comment.Kuvimba says it now owns the assets, but the government has produced no evidence of those transactions or transfer of ownership and didn’t respond to multiple requests for comment on how or when they were acquired.

In an emailed response to questions, Brown said he wasn’t aware that Tagwirei had an interest in Sotic and said he hadn’t been hired by Tagwirei to run Sotic and now Kuvimba. Brown declined to name Kuvimba’s private shareholders -- but denied that Tagwirei owns any of it.“To the best of my knowledge,” he said in the email, “there was a restructure which resulted in Kuvimba being the holding company of the mining assets.” Brown declined to provide details or evidence of the restructuring, or say what remuneration Sotic may have received for its mines.

Christopher Fourie, a former Sotic executive, said in a response to questions that he was hired by Tagwirei to establish Sotic and lead the acquisition of mines including those Kuvimba now claims. A copy of his contract, dated 2018 and submitted in a July 2020 South African court case, describes Fourie as group executive for investment and business development of the company that preceded Sotic, Tagwirei’s Sakunda Holdings, and now is listed as one of Sotic’s subsidiaries. The contract is signed by Tagwirei in his role as CEO of Sakunda. Sakunda was also hit with sanctions by the U.S.

Fourie says he has been pushed out of Sotic by the shareholders of Pfimbi and is in a dispute with the company. According to an email seen by Bloomberg dated May 22, 2020, Brown asked Fourie to resign, as they had not been able to agree on a role for him in the company. In July of that year, Brown filed suit in the High Court of South Africa seeking to stop Fourie from continuing with “a campaign of disparagement and criticism” of an affiliate of the Sakunda Group on social media, according to the court documents.

“He is not an ex-employee, so he has not been pushed as he claims but due to various actions/behaviors he is an employee suspended on full pay pending the conclusion of an internal inquiry into his conduct,” Brown said in a response to queries.

In the same month that he filed the court case, Brown was cited by Bloomberg as saying that a unit of Sotic had bought two Zimbabwean gold mines and wanted to buy more. In October 2019, the chairman of Bindura Nickel told Bloomberg that Sotic had bought a 74% stake in the company.

Almas said in its response to emailed questions that its opportunity fund has investors from the Persian Gulf, Latin America and India. It declined to say who they were, citing legal obligations.

Almas said it’s now in negotiations to “disinvest from Zimbabwe” because of the impact of the Covid-19 pandemic and greater-than-foreseen investment needed in some of the assets. It said it couldn’t disclose its interlocutor.

“After a review of our operations, the investment committee of Almas Fund has expressed its intention to disinvest from Zimbabwe,” it said in the March 30 response, citing negative financial impacts from its investment in the country, the pandemic’s effect on mining and a need for more debt and investment to realize the projects than previously foreseen.

“With this new company, they are just shifting deck chairs around on the Titanic,” said Jee-A van der Linde, an analyst at NKC African Economics in Paarl, South Africa. “I don’t see something like this is going to lift up the economy.”