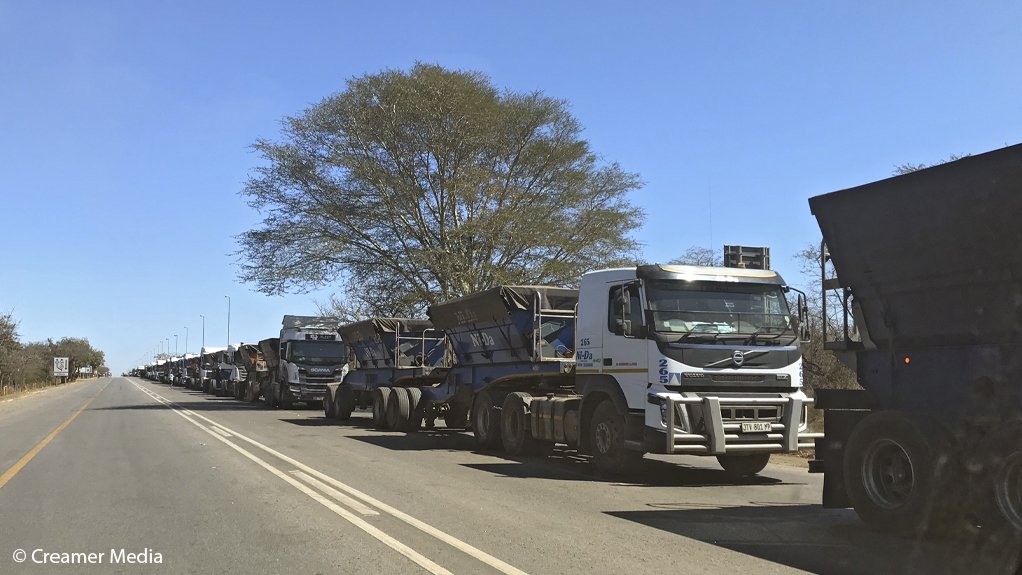 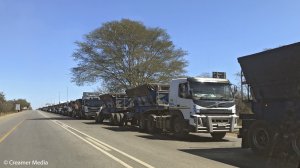 With delays at the Lebombo/Ressano Garcia border post on the Maputo corridor between South Africa and Mozambique having cost trucking companies R1.3-billion in lost revenue this year, the South African Association of Freight Forwarders (SAAFF) and the Minerals Council South Africa have requested the South African government to take urgent steps to address severe congestion at the border post.

The SAAFF and the Minerals Council report that truck transporters confirm that border crossing times are the worst they have experienced in 15 years.

Trucking companies have experienced long delays in border crossing times, with waits of more than three days in recent weeks, exacerbating a crisis that has been ongoing since the beginning of August.

The greatest challenge at the border crossing is the lack of 24-hour customs operations, resulting in crossing times having increased from an average of one hour to more than 20 hours since 2019.

Further, Covid-19 restrictions are exacerbating the situation, leading to truck drivers’ vaccination certificates expiring while they wait in queues.

The queue of trucks between Komatipoort and Lebombo is frequently between 7 km and 15 km long, leading to serious humanitarian consequences, as drivers sit in their trucks for hours at a time when temperatures are above 40 oC, without access to food, water or ablution facilities.

“These delays are resulting in loss of confidence, a loss of business and they are threatening the stability and sustainability of trade, transport, employment and job creation in South Africa,” says SAAFF CEO Dr Juanita Maree.

She adds that efficient corridors have a significant impact on the competitiveness of local business and regional economies because they provide a measure of predictability, reliability and efficiency central to trade and logistics supply chains – which is key to providing access to markets.

For bulk exporters like chrome and coal miners, the high level of crime on the railway linking their operations to Richards Bay has severely disrupted Transnet Freight Rail’s ability to provide a reliable service.

In addition, the poor performance at Transnet’s Richards Bay port operations has also pushed bulk exporters to use Maputo as an alternative export channel to retain their customers, the SAAFF and Minerals Council report.

Calling for immediate intervention, the SAAFF and the Minerals Council have outlined six ways forward, the first being urgent, intentional, focused and conciliatory bilateral engagements at the highest level of government to address the failure to address underlying tensions.

Both organisations state that the latent antagonism between South Africa and Mozambique at an operational level constitutes a significant barrier to trade and, ultimately, leads to additional costly delays, a deterioration of services to the users on both sides of the border post, and an overall inability to align with regional integration imperatives.

They also request a 24-hour one-stop border post, as the current operating hours of the post (06:00 to 22:00) are inadequate to deal with the volume of port-bound minerals in transit.

The SAAFF and Minerals Council also want traffic management and law enforcement services to be returned to the corridor, after these services were deemed as a non-essential because of Covid-19 regulations.

Without such services, the organisations say poor driver behaviour seriously compromises the safety of other road users and directly impacts the efficiency of the corridor.

Both organisations also want port-bound transit cargo moving from South Africa directly to the harbour in Maputo to not be delayed by general cargo exports, with separation of this traffic being facilitated urgently.

Further, they also want standard operating procedures for parking facilities on the N4/EN4 to be put in place. This is because the costs for use of the dry port at Komatipoort, commonly known as KM7, and the terminal at KM4 at Ressano Garcia, add significant costs to the supply chain, with little attendant value added for trucks using these facilities.

Furthermore, both the SAAFF and Minerals Council want a public-private partnership corridor management institution to be established soon.

The contribution made by the now-defunct Maputo Corridor Logistics Initiative was significant in facilitating increased trade on the corridor, they say.

They note that the initiative was instrumental in developing the capacity of the corridor to service cargo movement and ensure predictability, reliability and efficiency in cross-border trade with Mozambique.

However, they also say the absence of a platform for engagement between the public and private sector stakeholders on the corridor and the absence of consistent monitoring and communication, facilitation and integration of activities to support efficiencies, is another major non-tariff barrier to trade.