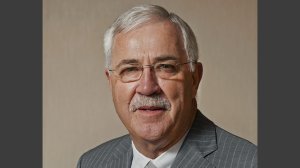 JOHANNESBURG (miningweekly.com) – Mine mechanisation is being advanced for two top-tier local clients by Master Drilling, the CEO of the JSE-listed company, Danie Pretorius, said on Tuesday.

Speaking to Mining Weekly in a Zoom interview after reporting 72.7%-higher 2020 net cash generation of $25.5-million, 18%-lower debt to $42.1-million, and a halved gearing ratio to 10.3%, Pretorius said the specific mechanisation projects were dealing head-on with, firstly, increasing the speed of mining development and, secondly, reducing dilution of the ore mined.

The names of the mines concerned could not be revealed at this stage, “but we’ll probably report in the next period on the progress made with them,” Pretorius said. (Also watch attached Creamer Media video.)

One project was, he said, well down the road to becoming a demonstration piece for the mining industry as a whole.

Earlier, Master Drilling technology director Koos Jordaan, during the company’s presentation of results, outlined the company’s commitment to nonexplosive mechanised mining, which was, he said, providing ventilation, continuous operation and industrialised process benefits, in working areas where fewer people were exposed to potential danger, while functioning within safer working environments.

Jordaan said the company’s approach in pursuing the mechanised mining strategy involved providing solutions in collaboration with clients through a service offering that included study, experimental work, product supply, project servicing and involvement in concession throughput. He described the good, phased progress being made with both clients as being exciting for the company.

Master Drilling, which has invested in 40% of AVA Solutions – a specialist in data-driven mining fleet management solutions that has disrupted the category with a solution accessible for all mines and asset sizes – is currently also eyeing other data firms as potential merger and acquisition targets, against a background of Big Data and digitisation advancing rapidly.

The implementation of systems provided by these new-era technology providers would undoubtedly take users of their systems down the cost curve.

In the second half of the year, Master Drilling, which operates in 23 countries, was awarded new exploration projects and mobilised an additional fleet to service existing clients with a considerable turnaround in drilling and exploration activity becoming more apparent and creating a healthy pipeline.

Importantly, the group’s commitment to Africa saw the continent becoming the largest contributor to it in terms of revenue and profits. Aggressive expansion into West Africa continued as part of the group’s diversification strategy, with a specific focus on gold, which has seen a surge in demand as a safe-haven asset since 2019.

Master Drilling also continued to grow its presence in new markets, including Australia, Russia and Central Asia, and secured new contracts with a focus on raiseboring and mechanised mining services. The civil infrastructure sector has been a key focus area and enquiries for projects that have historically been excavated conventionally are increasing across regions.