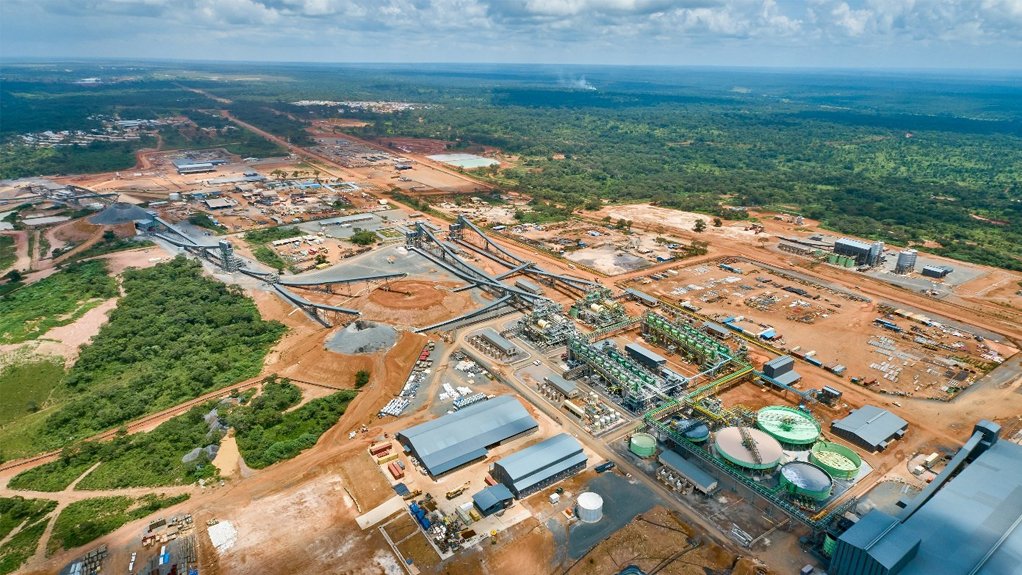 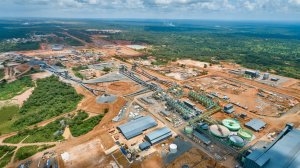 The Kamoa-Kakula Mining Complex, with the Phase 1 and Phase 2 concentrator plants

A de-bottlenecking plan for TSX-listed Ivanhoe Mines’ 39.6%-owned Kamoa-Kakula project in the Democratic Republic of Congo (DRC) has been approved by Ivanhoe’s board and will increase the combined design processing capacity of the Phase 1 and Phase 2 concentrator plants by about 21%.

Once steady-state production is achieved at both concentrators, the plants will be able to process 9.2-million tonnes of ore, up from the previously planned 7.6-million tonnes a year, Ivanhoe co-chairpersons Robert Friedland and Yufeng “Miles” Sun said on February 22.

The de-bottlenecking initiative is expected to increase Kamoa-Kakula’s Phase 1 and Phase 2 copper output to more than 450 000 t/y by the second quarter of 2023, thereby positioning the project as the world’s fourth-largest copper producer.

Construction of Kamoa-Kakula’s 3.8-million-tonne-a-year Phase 2 concentrator plant is nearing completion, with early-stage commissioning activities currently under way. Hot commissioning of the concentrator with first ore and initial copper concentrate production are both on track for April.

Ivanhoe Mines DRC projects head Steve Amos says that after successfully operating the Phase 1 concentrator for more than eight months, Ivanhoe has identified a number of relatively minor modifications to the concentrator that should increase ore throughput from the current design of 475 t/h to 580 t/h.

“These modifications include increasing the diameter of a number of pipes, replacing a number of motors and pumps with larger ones and installing additional flotation, concentrate-thickening, concentrate-filtration and tailings disposal capacity,” he says.

Amos adds that Ivanhoe expects the de-bottlenecking project to cost about $50-million and take about 12 months to complete.

“These modifications will allow the team to consistently operate the concentrator plant at the increased throughput without compromising plant availability, copper recovery or copper concentrate grade.”

Engineering design is under way and procurement of long-lead items has started.

The Phase 1 concentrator is currently operating at a throughput that is in excess of its 3.8-million-tonne-a-year design capacity by more than 22%, with 112% of design throughput achieved in January.

Copper recoveries of above 87% also are consistently being achieved, which is in excess of design recovery of 85.6%, depending on feed grade, with January’s recoveries being about 2.7% higher.

Despite the Phase 1 concentrator incurring significant downtime for critical incorporation and changes required for the commissioning of the Phase 2 concentrator, the copper-in-concentrate produced in January totalled 18 824 t – almost the same as the record of 18 853 t achieved in December 2021.

Further, Ivanhoe reports that January’s impressive operating performance of the Phase 1 concentrator is continuing in February, with a new daily concentrator record set on February 7, with 13 498 t milled.

Kamoa Copper CEO Mark Farren says that because the underground mine development and ore production are both progressing well ahead of schedule, the plant expansion will enable the operations team to process significantly more high-grade copper ore directly from the Kakula mine in the years ahead.

“Our orebody has a huge advantage in allowing us to adapt our mining cut-off to mine larger tonnages very efficiently, while maintaining grades above a desired level.

“The expansion also provides the team with the flexibility to use our surface stockpiles, for which the mining is already paid for, that totalled more than 4.4-million tonnes grading [at] 4.61% copper at the end of January,” he adds.

Engineering and early works for the Phase 3 expansion – including a new boxcut and twin declines to access new mining areas – is also progressing quickly.

Further, an updated prefeasibility study, including the Phase 3 expansion, is expected in the third quarter of this year.

Meanwhile, Ivanhoe reports that a third, significantly larger concentrator, is being designed and is expected to commissioned in the fourth quarter of 2024.

Also under way are early works on a direct-to-blister flash smelter at Kamoa-Kakula that will incorporate modern technology supplied by Metso Outotec with a nameplate capacity of 500 000 t/y of about 99%-pure blister copper.