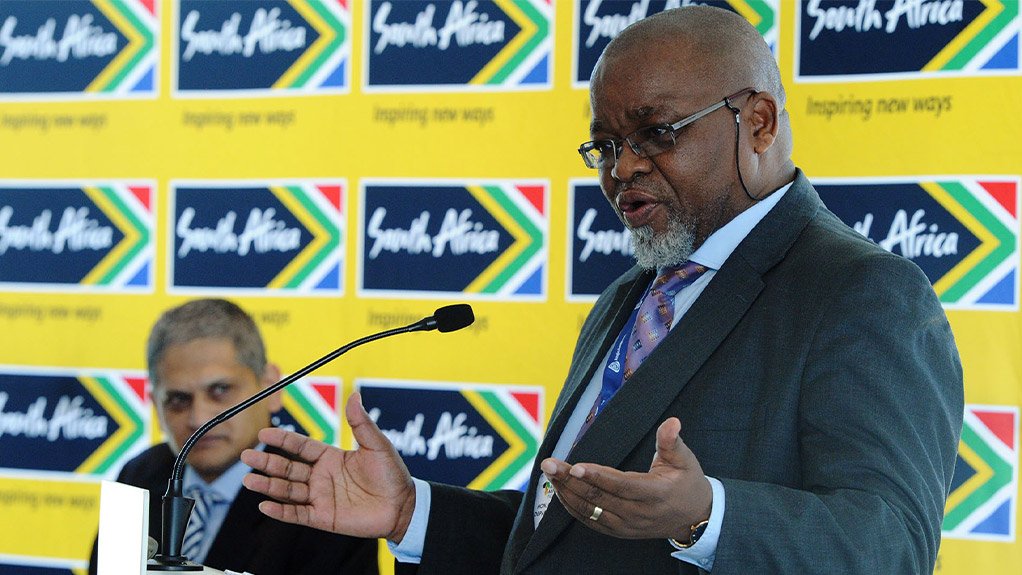 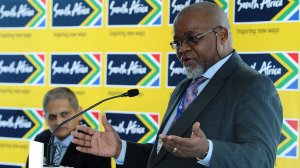 In a move that has, so far, generally been welcomed by the mining industry, President Cyril Ramaphosa has appointed Gwede Mantashe as the Mineral Resources and Energy Minister.

This, law firm Herbert Smith Freehills director Patrick Leyden says, follows on the back of Mantashe having made significant progress during his short tenure as Mineral Resources Minister, in addressing several issues that have hampered investment into South African mining over the last five years.

“His decisive action in addressing corruption and maladministration within his department, as well as taking steps to promote regulatory certainty were positively received by both domestic and international investors alike,” Leyden explains.

As a result, he notes that South Africa gained twenty-seven places under the Policy Perception Index and also made considerable gains under the overall Investment Attractiveness Index in the Frasier Institute's most recent Mining Investment Survey.

Ramaphosa’s move to have Mantashe head up the broader mining and energy portfolio was also welcomed by Minerals Council South Africa CEO Roger Baxter, who says “the appointment . . . is a key signal of the seriousness with which the President is taking the restoration of investor and business confidence in mining and energy”.

The South African Wind Energy Association (SAWEA) adds that "the change comes at a time when the South African government has reiterated its commitment to clean energy with President Ramaphosa and [former Energy Minister] Jeff Radebe having demonstrated that wind power is firmly part of the country's energy future, with the conclusion of duly procured power purchase agreements last year".

While the country’s energy mix transitions away from a dependence on coal to renewable energy, SAWEA believes Mantashe, with his history in the labour sector, can help smooth the process.

“We look to the new . . . Minister to take the lead in the energy transition to help ensure it is just and sustainable, with a focus on building a better energy system for the country, where the wind power sector can play an prominent role,” says SAWEA chairperson Mercia Grimbeek.

Financial consultancy Intellidex, meanwhile, believes the combination of the Energy and Mineral Resources portfolios is problematic, as it is likely to create conflicts of interest, but also “stretch the Minister” given the complexity of both areas, including issues surrounding State-owned Eskom and energy market reform.

Additionally, Intellidex laments the decision to retain Mantashe as Minister.

“The mining industry had called for him to remain but we believe only because it had built a working relationship [with him] and other options could be worse,” it notes.

It adds, however, that it does not believe the mining sector will grow under his leadership.

Intellidex further notes that, in respect of the energy sector, “he is problematic, given [that] we believe he is pro-coal and also pro-Eskom as a developmental State entity”.

It does, however, welcome the appointment of Deputy Minister Bavelile Hlongwa, who, despite being young, “has potential”.

Greenpeace Africa senior political adviser Happy Khambule, while welcoming the new administration, emphasises the “critical role” that the newly-formed Mineral Resources and Energy; Environment, Forestry and Fisheries; and Human Settlements, Water and Sanitation Ministries “must play in advocating and advancing our constitutional right to a healthy environment”.

It, however, calls on Mantashe to “abandon his previous defence of the dead-end coal industry” and requests that he instead focus on finalising the Integrated Resource Plan (IRP) and maximise the opportunities offered by renewable energy.

The IRP, the nonprofit says, must be finalised “without any further delay” and believes that it must include a coal phase-out roadmap and “initiate a deeper, faster transition from coal to renewable energies”.

“All artificial barriers and limits to the investment in renewable energies need to be taken away and the coal province of Mpumalanga needs to become a priority region for large-scale investments in renewable energy, together with the implementation of Just Transition programmes,” Khambule says.

The South African Photovoltaic Industry Association (SAPVIA) agrees that Mantashe’s appointment “comes at a crucial time in the energy space, with growing calls from citizens for policy certainty and direction that will meet with South Africa’s growing energy demands”.

With the President’s decision to combine the ministries, Leyden warns that Mantashe will now “have to divide his time between the two sectors”, especially considering that the oil and gas sector is expected to see significant activity following a major discovery of gas condensate off the South African coastline earlier this year.

Under energy, particularly in respect of the oil and gas legislation, Leyden explains that, in advocating the withdrawal of the Mineral and Petroleum Resources Development Act (MPRDA) Amendment Bill, Mantashe maintained that the oil and gas industry should be regulated separately from mining.

“Given the recent offshore discovery and the imminent withdrawal of the MPRDA Amendment Bill, the Minister is likely to come under pressure to produce this new legislation as a matter of urgency,” he elaborates.

Although the withdrawal of the MPRDA Amendment Bill is said to be a positive step for the mining sector, it must still be fully withdrawn by Parliament.

Moreover, under mining, the publication of the final version of the new Mining Charter in September last year provided some regulatory certainty, but Leyden says the Minerals Council’s subsequent court application to set aside certain provisions of the charter will “likely necessitate further discussions with the relevant stakeholders”.

Although a negotiated outcome is generally better than one determined by the courts, Leyden highlights that Mantashe has “made notable progress” in repairing the department’s strained relationship with the Minerals Council.

However, he warns that the Minister will need to continue active engagement with communities, labour and other stakeholders to regain their trust.

Initiatives aimed at attracting investment into exploration and greenfield projects are, meanwhile, cited as critical if South Africa’s mining sector is to avoid being labelled as a “sunset industry”, Leyden says.

He further highlights that, despite the Minister having made significant progress in respect of rooting out corruption and maladministration, he will be required to do further work to ensure an administration that is efficient, transparent and accountable.

Moreover, policies aimed at promoting the domestic beneficiation of minerals will likely remain key to the department’s goal of diversification and job creation, but these policies should not be implemented to the detriment of the upstream mining sector, Leyden notes.