If Koko returns, it won’t be as acting CEO, Brown avers, as she unveils interim board

If Koko returns, it won’t be as acting CEO, Brown avers, as she unveils interim board 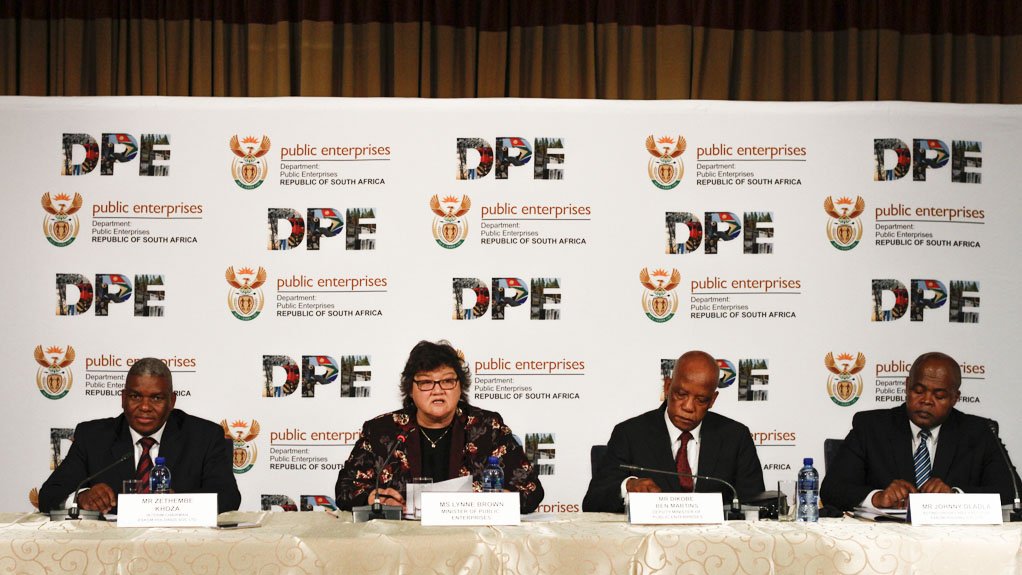 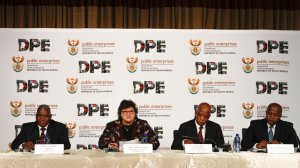 Public Enterprises Minister Lynne Brown has called on the new interim leadership of embattled power utility Eskom to give priority attention to addressing the management of contracts, conflicts of interest and the quality of coal being supplied to its power stations.

Speaking following the Eskom annual general meeting at Megawatt Park on Friday, Brown released the names of four new board members on Friday, bringing to nine the number of individuals appointed to the interim board, which had been depleted to just five members prior to the meeting.

Cabinet concurrence had not yet been secured for the interim board, but Brown had discussed the appointments with the deployment committee of the governing African National Congress. She indicated that she would seek Cabinet concurrence on the final board, which would comprise between 13 and 15 members. No timeframe was offered for finalising the permanent board, however.

The appointments follow a turbulent few weeks at Eskom, precipitated by the controversial reappointment of Brian Molefe as CEO on May 15, and an order that Matshela Koko, who had been acting in the position after Molefe’s departure in January, go on leave for the duration of forensic and legal investigation into a potential conflict of interest involving his stepdaughter.

Molefe’s reappointment was subsequently rescinded, but remains the subject of High Court and Labour Court litigation. The New Age newspaper, meanwhile, quoted unnamed sources this week stating that Koko had been “cleared” of any wrongdoing by independent investigators Cliffe Dekker Hofmeyr and Nkonki Incorporated. The sources also told the Gupta-family-owned newspaper that the exoneration of Koko paved the way for him to succeed Molefe as CEO.

Brown confirmed that she had received the Cliffe Dekker Hofmeyr report, but said she had not finished reading it and that the board still had to write to her regarding its recommendation on Koko’s future. However, the Minister added that, should he return to Eskom, he would not return as acting CEO, as that post had since been filled by Johnny Dladla, who was appointed the day before the AGM.

“Mr Koko is a permanent employee of Eskom, [but] he is no longer acting CEO, because Mr. Dladla is the acting CEO. So, if Mr Koko comes back, he comes back to his executive position.”

Brown also indicated that legal advice was being sought with regard to the process of appointing a permanent CEO, owing to that fact that the post had been advertised, and applications received, prior to the reappointment of Molefe. She felt that the process should be allowed to start from scratch, but indicated that there would be no developments on the matter until the court cases with Molefe had been finalised.

The new board included three members – Zethembe Khoza (acting chairperson), Dr Pat Naidoo and Giovanni Leonardi – from the previous depleted board, which had been further depleted when former chairperson Dr Ben Ngubane resigned on June 12, reportedly over disagreement with Brown on who should be appointed acting CEO. The interim board also included Dladla and CFO Anoj Singh.

The four new nonexecutive directors were named as:
• Dr Pulane Molokwane, who is registered with the Scientific Profession Council of South Africa as a professional natural scientist and who is a specialist in environment, project management, research, nuclear fuel management and water and waste management is expected to add value to the Board.
• Simphiwe Dingaan, who has a commerce degree and expertise in corporate financial management, auditing, risk and project management.
• Dr Banothile Makhubela, who has a doctorate in chemistry and is currently supervising scientific research projects at the University of Johannesburg and University of Cape Town. She is also nonexecutive director at PetroSA.
• And Sathiaseelan Gounden, an accountant with extensive auditing, accounting, forensics, consulting and tax experience.

“I believe the interim arrangements represent a new dawn at Eskom,” Brown said, adding that the individuals were chosen following an extensive vetting process.

Dladla said his focus would be on the three priorities outlined by the Minister, as well as lifting morale in the company, which had been negatively affected by recent developments.

He said his focus would be on Eskom’s core business, rather than the politics surrounding the utility. “I am not a political animal,” Dladla said, adding that the shareholder had given “clear guidance on what we need to focus on, and that’s what I will be focusing on”.

Dladla also hoped a focus on core operations would help bolster the standing of Eskom in the capital markets, which remained an important source of funding for the group’s build programme.