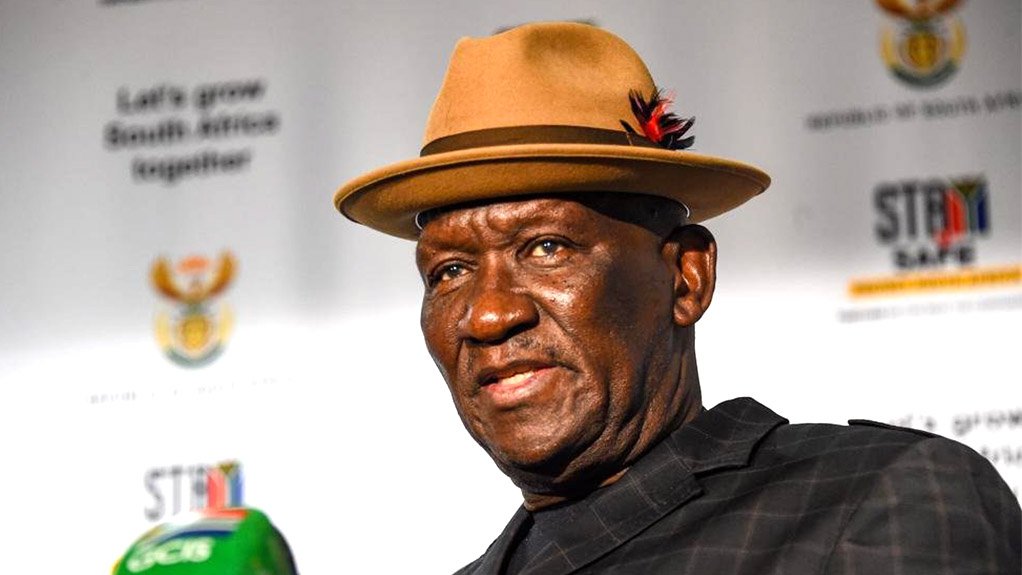 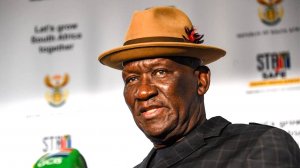 There were hints of the controversial shoot-to-kill rhetoric from Police Minister Bheki Cele on Sunday when he addressed angry Kagiso residents.

Cele, who said he would not instruct his officers to "shoot to kill", again came under pressure from residents who called on him to "win the war" against illegal miners.

On Saturday, Cele was again asked by West Village residents, who say they live in constant fear, to deploy his specialised officers.

Addressing a crowd on Sunday, Cele said he had listened to their pleas to deploy his maximum forces to restore peace.

"All I want to see when I come is the dust. When the dust settles, I don't want to count officers on the ground, but illegal miners.

"If they decide to engage you as the police, and it happens you go toe-to-toe with criminals, don't retreat. I don't want any police body on the ground when the dust settles. If that is shoot-to-kill, I am not part of that," Cele said.

"To the police, we have given you tools of the trade. Let those tools do their work. They must be used appropriately. Our police are policing in the democratic dispensation. They must only apply maximum force when it is necessary."

"You must treat every scenario as it comes. Police must deal with armed criminals accordingly. Criminals don't carry brooms or feather dusters. They carry strong things.

Cele said police had concluded the DNA analysis of the eight women who were gang raped in West Village, Krugersdorp.

"We have concluded compiling their DNA. We are going to link the DNA to the arrested illegal miners possibly. I can't reveal what type of DNA we have collected."

He added that he wouldn't bow to pressure from the media over the results of the DNA analysis.

Cele promised residents that he and his officers would soon be visiting the township to deal with illegal mining activities and other related crimes.

"When we arrive, don't ask us what we are doing, because you have called us. We won't come in and out without talking to you. We understand your anger and feelings."

He applauded Kagiso residents for collaborating with the police in catching illegal miners.

"Don't take the law unto yourselves. Bring all criminals to the police," Cele said.

The country was left fuming last week after eight women, who were part of a crew filming a music video, were gang raped allegedly by illegal miners.

The heinous attack led to West Village and Kagiso residents, as well as the police going in search of illegal miners in the area.

In Kagiso, more than 20 men alleged to be illegal miners were caught by residents at nearby mining dumps, and then stripped naked and whipped.

Residents also destroyed some places used by the miners to process gold, and confiscated their equipment.

Those who were caught claimed they were from neighbouring countries.

'We are going to clean the place'

Police have promised to continue with operations to clamp down on illegal mining.

"You are angry, and it is understandable. We know and understand your complaints. I am not against your anguish," Cele said.

"We are going to bring specialised forces. They won't introduce themselves when they come here. I am not going to reveal our plan. We are going to catch them off guard."

He said the operations would be visible and promised residents that they would see the results of planned secret operations.

"The Hawks must assist in arresting the zama zamas ringleaders. We need to find the ultimate route destination of illegal mining. If we arrest their bosses, we will end the entire operation."

"We are going to clean this place. We will go wherever they are hiding. We will also empower the Community Policing Forum," he promised.

Masemola warned his officers not to ignore complaints from residents. He also promised to provide residents with a mobile police station.

"There have been tasking teams dealing with mining activities in the country. We are going to work together to fight crime. You will feel our presence when we arrive."