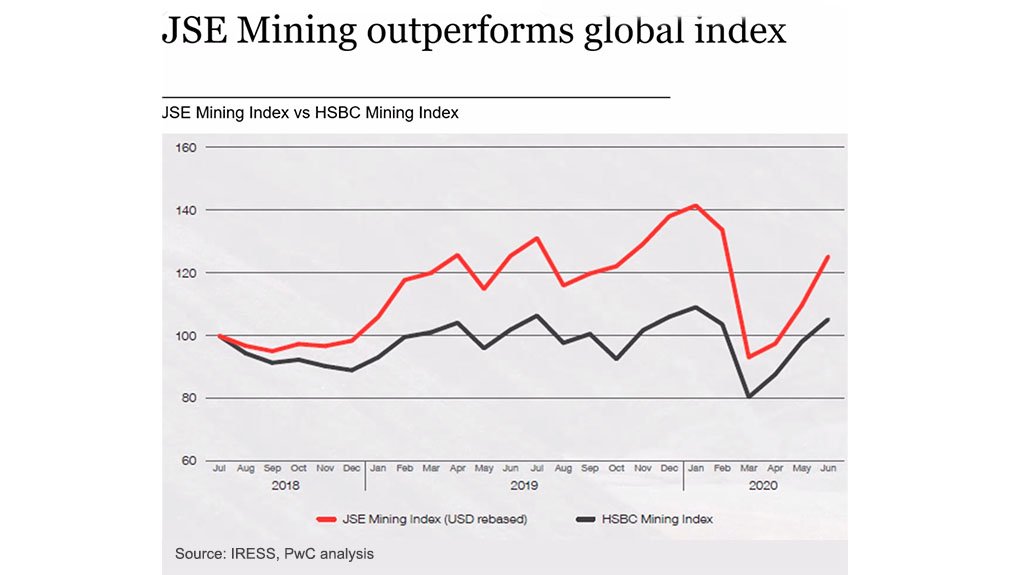 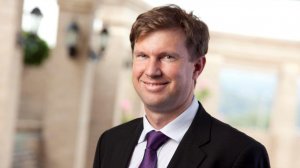 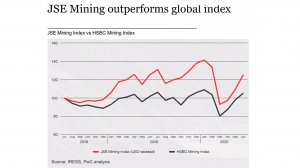 JOHANNESBURG (miningweekly.com) – Hydrogen has the potential to be a game-changer for the South African economy, PwC African mining leader Andries Rossouw said on Tuesday.

Speaking during the virtual release of the professional services firm’s twelfth edition of SA Mine, a series of publications that highlights trends in the South African mining industry, Rossouw said for the mining industry to succeed in the future it needed to be cost-competitive and a big part of being cost competitive was the liberalisation of the energy environment. (Also watch attached Creamer Media video.)

Key findings of the SA Mine report were:

On the energy front, Rossouw said it was an ask from both Eskom and the Minister of Mineral Resources and Energy for mining companies to start investing into energy, following major pre-Covid electricity outages and load-shedding.

“We’re starting to see that come through with more mining companies announcing that they are considering investing into solar and wind in order to support their operations and reduce carbon taxes that will required in the future.

There had been wide recognition during Covid that there was an absolute need to “build back better” and the mining industry would be an essential part of “building back better” for the country.

Over the 12 months, PGMs overtook coal as South Africa’s biggest revenue generator for the first time since 2010, with gold in third position followed by iron-ore.

In response to Mining Weekly during question time, on whether PGMs have the legs to stay in the lead, Rossouw said there was just not enough rhodium at the moment despite the need for it in the regulations to control nitrous oxide (NOx) emissions.

Close to 90% of all the world’s rhodium is produced from the upper group two orebodies, which exist predominantly within South Africa’s Bushveld Complex, and rhodium’s shortage has caused its price to soar well beyond that of gold.

“If you look at the regulations for NOx, it’s particularly on the rhodium side that there are increased loadings. Technology is not catching up fast enough in order to reduce the amount of rhodium. So, while we’ve got vehicles driving, fuel vehicles and also hybrid vehicles, the demand for rhodium will stay high.

“At the current price levels, that’s not ideal. I think everyone in the industry would recognise that when prices are that high, perhaps it’s not ideal. But that will continue to drive rhodium for some time.

“The palladium side is really a catalytic converter play at the moment, it’s a focus on that, and the big move from diesel small vehicles to fuel vehicles in Europe is also a big part of it. There is some success in studies around substitution, with Impala and Sibanye mentioned in some of those, and that substitution in the long run will eventually have to move things back to equilibrium in the basket between palladium and platinum, I believe.

“The palladium fortunes, though, will be very linked with what happens in the vehicle market and there are different views on what will happen in the vehicle market. We’ve still got high vehicle growth in India and China, mainly on the petrol side, and that continues to fuel the demand for palladium. In the longer run, if we look ten, 15, 20 years out, then perhaps the demand won’t be there, so the analysts forecasts suggest a decrease in palladium in the medium term.

“On the platinum side, the demand for platinum is much more diverse than any of the others, and therefore any new technology that uses platinum adds to the demand, and I mentioned the hydrogen economy, there’s a big drive on hydrogen fuel cells that is probably more for heavy vehicle type of usage, and then for many other applications with that. I believe that if you look at the long-term trend, the platinum price always drove the basket price. There are two exceptions to it, the one is in 2000, when the Russians messed up a little bit with the palladium supply, when the basket price increased, and now is the only other exception to that since 1970.

“This difference has been going for a good four years now. It’s a big difference and it has to align, so now platinum basket revenue is sitting as a third of total income, while sitting at about 60% five years ago. So, our PGM producers will certainly benefit if the platinum price recovers more, and I think platinum’s underweight so it’s got potential for growth."

On the significance of iridium demand for polymer electrolyte membrane (PEM) electrolysis technology, in which green hydrogen is produced, and ruthenium demand, Rossouw said: “I don't believe they’re insignificant. Their share of the basket is growing as well. So, you might have an application like a PEM electrolyser driving up an iridium or ruthenium. Ten, 15 years ago, those metals were all stockpiled. They couldn’t be sold otherwise you would destroy the market and now they are being sold as they are produced, I understand, so there’s clearly demand for them. It’s fair to say that electrolysers will be driving PGMs demand in the long run,” Rossouw said.

The SA Mine report stated that there is a need to improve the Samrad mineral cadastre system.

“I think it’s fair to say that its broken,” said Rossouw. “The whole process of applying for exploration rights, prospecting rights and mining rights needs to be improved.”

He emphasised the need for far faster, better reaction times. At the moment the delays in trying to get licences approved was not conducive to any new form of investment.

If Samrad is the first impression given to any external investor wanting to invest in South Africa, it was certainly failing and there was a desperate need to improve the transparency and efficiency of the process.

MINING TAX ENVIRONMENT CAN BE ADDRESSED

Existing tax laws, SA Mine reported, were based on fairly old principles: “We’ve had the Davis tax commission four years ago now, but nothing has happened to the tax environment of the mining industry, and that’s something we believe can be addressed. If exploration is a key part of the sustainability of our mining industry, then there is scope for some incentives in that space, be it a flow-through tax scheme or something similar. We believe there really is scope to support that. Section 12J was initially planned to support it but it didn’t quite work out that way. We believe there’s scope to incentivise that,” Rossouw said.

His comments dovetail with those of the economic transformation committee (ETC) of the ruling African National Congress (ANC), which stated in a 30-page discussion document earlier this year that the listing of mining companies on the Johannesburg Stock Exchange (JSE) should be encouraged and mining exploration incentivised, as is the case in other mining jurisdictions.

The document puts forward an economic framework for reconstruction, growth and transformation, with the objective of building a new, inclusive South African economy, at a time when Covid is continuing to impact negatively on economic activity.

Minerals Council South Africa has acknowledged the release of the ANC’s document and said it was pleased to note the approaches proposed to reinvigorate the county’s mining industry.

In response to Mining Weekly, Rossouw said that South Africa did not have a strong investor community for mining and exploration locally. “If you compare our market to what they have in Australia and Canada, there are thousands of exploration entities listed on exchanges such as Toronto and we just don't have that. I think there’s a need to change that and I mention a flow-through tax scheme as part of incentivising exploration. I think that is something that could change it and give juniors the ability to get listed earlier. Our JSE is very well respected in terms of how they regulate and I don’t believe there’s anything broken in the regulations around it. We should focus on the mining industry, and say, well what do we need to do to make things better.”

Pallinghurst managing partner and co-founder and Sedibelo chairperson Arne Frandsen, who is absolutely bullish about the prospects for PGMs in the medium to long term, stated this week that the unlisted Sedibelo Platinum in South Africa’s North West province was closer to finding a stock exchange listing date.

On whether the Johannesburg Stock Exchange would likely feature as a stock exchange of choice should an initial public offering eventuate for Sedibelo, Frandsen retorted: “Guaranteed, it will be one of our listings, hundred per cent.”

The mining industry  weathered the Covid-19 storm, mostly unscathed, and certainly better than many other sectors, the SA Mine report stated.

Despite an extremely challenging year, South Africa’s mining companies remained resilient and performed on all fronts, with stakeholders benefitting from the improved profitability and mining companies strengthening their true social licence to operate by supporting their employees and communities., the report said.

Mining companies have continued to gain from commodity prices, assisted by a weaker rand.  Platinum basket prices increased and investors turned to gold as a safe investment amid concerns about the pandemic and global trade tensions.