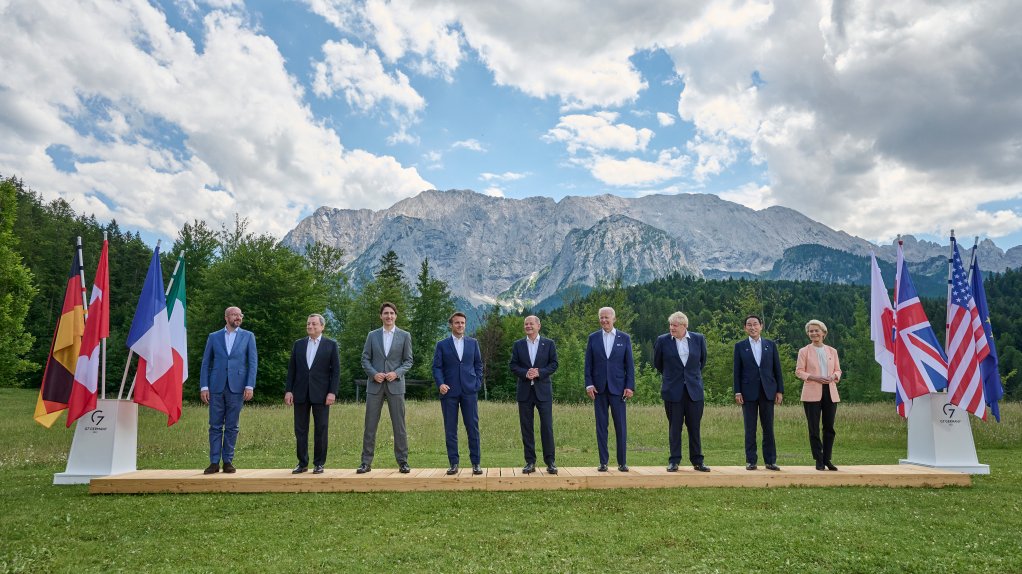 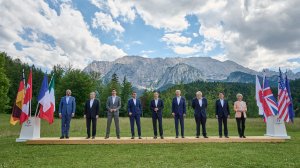 GARMISCH-PARTENKIRCHEN - G7 leaders have agreed to study placing global price caps on imports of Russian energy to curb Moscow's ability to fund its invasion of Ukraine and to contribute up to $5-billion to address global food insecurity, officials said on Tuesday.

The war in Ukraine and its dramatic economic fallout, in particular soaring food and energy inflation, has dominated this year's summit of the group of rich democracies at a castle resort in the Bavarian Alps.

The European Union will explore with international partners ways to curb Russian energy prices, including the feasibility of introducing temporary import price caps, a section of the final G7 communique seen by Reuters said. The officials said this meant both oil and gas.

The G7 has been debating price caps as a way to prevent Moscow profiting from its invasion of Ukraine, which has sharply raised energy prices, cushioning the impact of Western moves to reduce imports of Russian oil and gas.

Russian oil export revenues climbed in May even though export volumes fell, the International Energy Agency said in its June monthly report.

A cap on the price other countries pay Russia for oil would squeeze Russian President Vladimir Putin's "resources that he has to wage war and secondly increase stability and the security of supply in global oil markets", a senior US administration official said on Tuesday.

The idea is to tie financial services, insurance and the shipping of oil cargoes to a cap on Russian oil prices. So if a shipper or importer wanted these services, they would have to commit to the Russian oil being sold for a set maximum price.

Italy, whose economy is reliant on Russian energy, pushed to extend the price cap to gas.

Italian Prime Minister Mario Draghi last week warned of the need to tackle energy prices to contain inflation and said the main objection to a gas cap from fellow Europeans was fear it could lead Russia to reduce supplies further.

France has said the price cap mechanism should extend beyond Russian products to reduce prices more broadly, including for the G7 nations that are looking to source energy from elsewhere.

France supports the language in the final communique but it remains unclear how such a mechanism would work and needs "thorough" discussions, a French official said.

G7 leaders have also agreed to push for a ban on imports of Russian gold as part of efforts to tighten the sanctions squeeze on Moscow, an EU official said on Tuesday.

Britain, the United States, Japan and Canada agreed at the start of the G7 summit on Sunday that they would ban imports of newly mined or refined Russian gold, while the European Union expressed some reservations.

TACKLING FOOD INSECURITY
G7 nations, which generate nearly half the world's economic output, want to crank up pressure on Russia without stoking already soaring inflation that is causing strains at home and savaging developing nations.

There is a "real risk" of multiple famines this year as the Ukraine war has compounded the negative impact of climate crises and the COVID-19 pandemic on food security, United Nations chief Antonio Guterres said last week.

The G7 will commit up to $5 billion to improve global food security, the senior US official said, with the United States providing over half of that sum, which would go to efforts to fight hunger in 47 countries and fund regional organisations.

The G7 is attempting to rally emerging countries, many with close ties to Russia, to oppose Putin's invasion of Ukraine, and invited five major middle-and-low income democracies to the summit to win them over.

Some are more concerned at the impact of soaring food prices on their populations, blaming Western sanctions, not Russia's invasion of one of the world's largest grain producers and blockade of its ports, for the shortages.

Asked if G7 leaders had found a way to let Ukraine export its grain, British Prime Minister Boris Johnson said on Tuesday: "We're working on it, we're all working on it".

The G7 leaders have also agreed to take a more coordinated approach to challenging China's "market-distorting" practices in global trade, the US official said.

"You'll see leaders release a collective statement, which is unprecedented in the context of the G7, acknowledging the harms caused by China's non-transparent, market-distorting industrial directives," the official said on Tuesday.

Among their commitments was one to accelerate efforts to remove forced labour, including state-backed forced labour, from global supply chains, the official added.