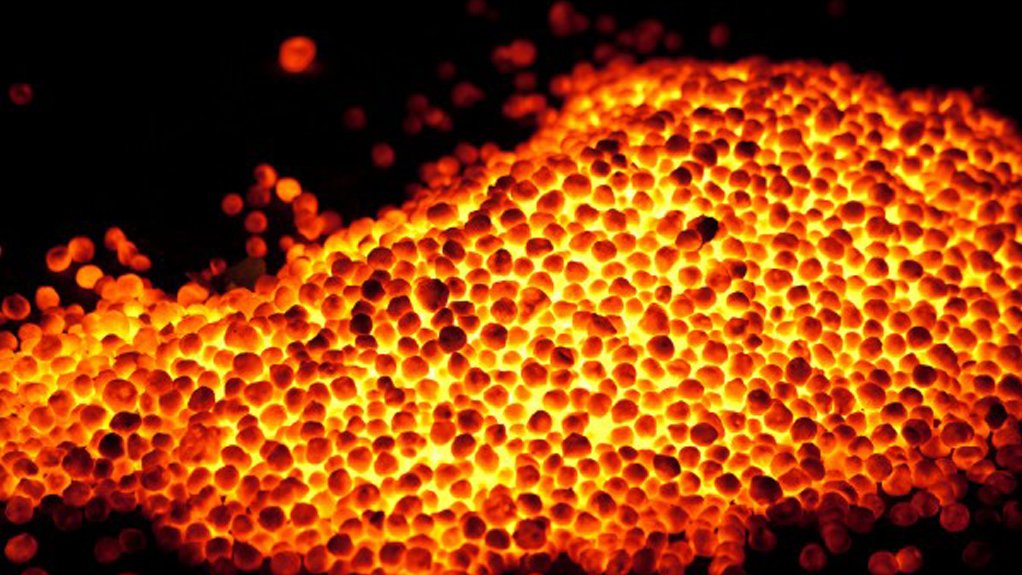 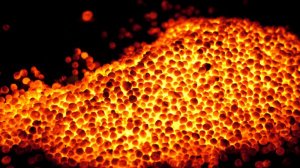 Iron-ore pellets in a kiln

JOHANNESBURG (miningweekly.com) – Swiss-headquartered Ferrexpo expects demand for high-quality iron-ore, especially pellets, to remain strong in the second half of 2017, underpinned by an improvement in the global economy, as well as a drive by steel mills to reduce their emissions and improve the quality of their final product.

The London-listed company, which operates in the Ukraine, said on Thursday that global steel mill profitability had reached the highest level since the 2008 financial crisis, which supported demand for higher grade iron-ore, including pellets, in the first six months of the year.

The strong demand helped to support prices, with a notable divergence in the price for differing qualities and types of iron-ore noticed in the first half of the year. The average price difference between 65% Fe pellets free-on-board (FOB) and 58% Fe iron-ore fines CFR was $43/t and Ferrexpo pointed out that, as a producer of 65% Fe pellets, the company was well placed to benefit from the trend.

However, the miner cautioned that new supply was expected to enter the market, despite the high barriers to entry.

Ferrexpo estimates that about seven-million to ten-million tonnes of idled higher-cost capacity could return, if high prices for pellets are sustained. This excludes capacity from the Samarco operation, which remained idled since the November 2015 dam disaster in Brazil. The owners of Samarco, BHP Billiton and Vale, have indicated that operations are unlikely to resume in 2017.

Meanwhile, the mining company reported that its first half pellet production had decreased to 5.2-million tonnes, from 5.7-million tonnes, which reflects its planned pelletiser maintenance. Production in the second half should be marginally ahead of the first half’s output.

C1 cash costs increased to $31.7/t, from 25.7/t in the comparable period, which Ferrexpo said reflected higher commodity priced inputs, local inflation, a stable hryvnia against the US and lower production levels. The company pointed out, however, that it remained one of the lowest-cost pellet producers in the world.

The company had cut its net debt to less than one times earnings before interest, taxes, depreciation and amortisation.

"We are pleased to report another excellent set of results, which demonstrate that demand for Ferrexpo's high-quality iron-ore pellets from the world's leading steel manufacturers remains strong. The premium we achieved in sales of pellets was significantly higher than in 2016,” commented nonexecutive chairperson Steve Lucas.

"While the outlook for the iron-ore price remains uncertain, pellet premiums remain supported and we are confident of achieving a good result for the year," he added.

The company has an incremental target of producing 20-million tonnes a year.