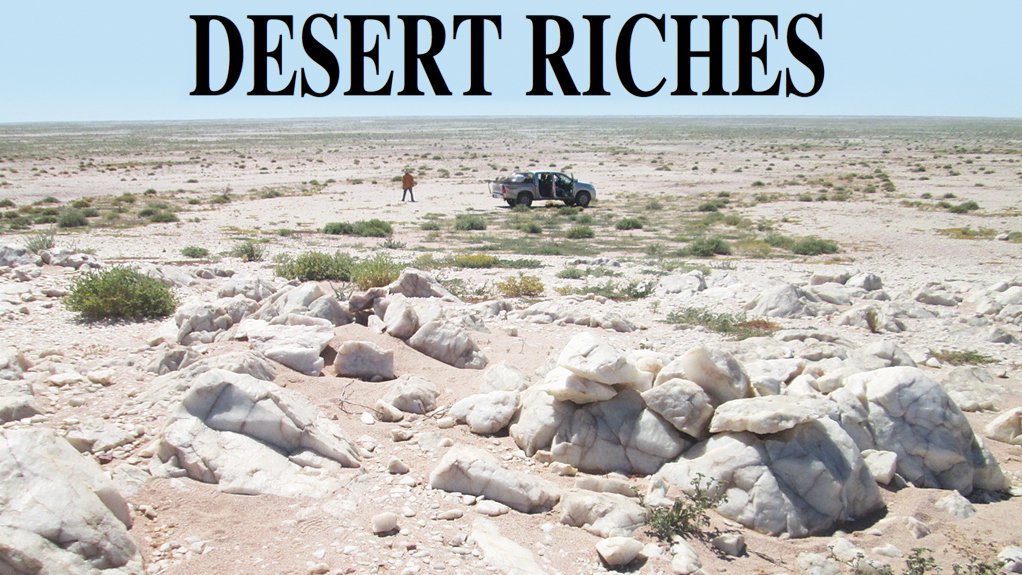 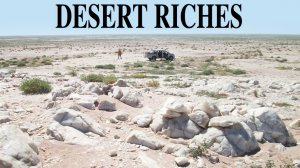 He points out that the Mauritania government has instituted a mining policy aimed at ensuring a “mutually beneficial” balance, while safeguarding the interests of the nation and investors.

Moreover, at a recent meeting in Bogotá, Colombia, the Extractive Industries Transparency Initiative (EITI) board agreed to assess the performance of its 51 implementing countries against the EITI standard and found Mauritania to have made “meaningful progress”.

The EITI is a global standard to promote open and accountable management by countries of the revenue generated from the extraction of natural resources.

It is against this backdrop of increasing interest in Mauritania’s mineral resources wealth that privately owned Mauritanian mining exploration company Suricate Minerals is seeking about $4-million to develop its quartz, barite, lithium and gold projects.

Mining Weekly visited Mauritania in May as a guest of Suricate. The trip included a meeting with Suricate executive director Ahmed Hertani to discuss the company’s vision and plan to develop these assets, and visits to several of the company’s concession sites in the Sahara desert.

He said the company would soon undertake a feasibility study for the commissioning of a mine to extract high-purity quartz from its Inal deposits, which contain up to 99.99% silicon, as recorded by the company’s in-house team of geologists and verified by German materials testing and analysis company Dorfner Anzaplan. These deposits are located in the north-west of Mauritania, 130 km from the Port of Nouadhibou.

Hertani commented that the company was in the preselection stage of choosing a company to conduct the study to update the project’s economic conditions.

However, he noted that Suricate was “particularly attentive” to other proposals from any potential industrial partner to establish a unit for the purification of quartz and the production of high-purity silica and silicone metals upgrade in the Nouadhibou Tax Exemption Zone.

The company’s own analysis of the samples on the project’s veins indicated purity levels that exceeded 99.99% silicon dioxide, Hertani added. He stated that laboratory tests and analysis had shown that the quartz in the deposits was also suitable for the production of photovoltaic- and electronic-grade silica, with the potential – once the resources were upgraded – for use as silicone metals.

Hertani commented that analysts projected that, in the years to 2030, there would be a significant increase in demand for polycrystalline silicone, noting that the expected “exponential growth” of the photovoltaic industry was impossible without high-purity quartz.

High-purity quartz deposits were exceptionally rare worldwide, which is why Suricate’s quartz deposits – which account for several million tons of the material – were so important, he highlighted.

Inal Lithium-Rich Pegmatite
Further, Hertani pointed out that the Inal site held “vast amounts” of pegmatite surface outcrops, which were important, as they often contained rare earth minerals and coloured gemstones, such as aquamarine, tourmaline, topaz, fluorite, apatite and corundum, as well as tin and tungsten minerals.

In May, Mining Weekly reported that the most reliable estimates of yearly coloured-stone sales at retail level were in the $18-billion to $21-billion range, which included the total cost of jewellery pieces, mountings and side stones.

Pegmatites are also the primary source of lithium, either as spodumene, lithiophyllite or lepidolite, Hertani noted, adding that this was significant, as the value of lithium was rising, owing to increasing demand.

Hertani highlighted that the principal target for Suricate was to evaluate and develop the site’s 100 km2 lithium-bearing pegmatite resource. He noted that analysis conducted by Dorfner on the outcrop rocks collected found that Inal had an “exceptional percentage” of lithium, with its spodumene possessing 68 300 parts per million (ppm) lithium and lepidolite of 29 300 ppm. He also noted that the site’s iron oxides were substantially low at between 0.2% and 0.3%.

According to German global banking and financial services company Deutsche Bank, lithium prices are likely to remain elevated at about $9 500/t until at least 2021, which is a significant increase on its historical price of $6 500/t. “This is attributable to rising demand and impending supply deficits from 2019,” states the bank.

According to price data collection and assessment company Benchmark Mineral Intelligence, electric vehicles were the key driver of demand increases overall, with demand expected to increase by a compound annual growth rate of 11% year-on-year.

Barite Deposits
Moreover, Hertani pointed out that the company was working on further evaluating what appeared to be an “immense hydrothermal deposit” of pure barite near the city of Bir Moghrein, in northern Mauritania.

“These deposits are recognised as among the largest deposits of barite worldwide. This is also important, as the deposits of the current major suppliers – China and India – are rapidly depleting.”

Hertani remarked that the barite fills the large regional faults, orientated north-north-west to south-south-east, and east to west over several metres in width, with lengths extended discontinuously over tens of kilometres.

There are 25 veins of barite, between 100 m and 300 m, that have been identified in the permit area and are distributed discontinuously over more than 10 km along the great regional faults that affect geological formations.

The analysis of rock collected at the surface (outcrops) indicates a barium sulphate content of 78.9%. Hertani added that this surface barite was enriched with silica, comparable in quality to the Bou Ouzzal deposit in neighbouring Morocco, the third-largest exporter of barite in the world, with a production of one-million tons a year.

The barium content of the hydrothermal deposit is between 50.81% and 57.68%, compared with the 51.8% of the rock of the outcrops. Hertani stated that this mineral deposit was associated with other minerals, such as fluorite, iron-ore, heavy minerals and rare earths, which were also being systematically evaluated.

He pointed out that barite was used worldwide primarily as a weighting agent for drilling fluids in oil and gas exploration to suppress high formation pressures and prevent blowouts. Therefore, the company aims to ensure the supply of its high-quality barite to large oil and gas drilling activities in, for example, the US, Brazil, Canada, Venezuela, Argentina and the Middle East.

OTHER PROJECTS
Hertani informed Mining Weekly that the company was looking for a technical partner and funds to complete the geochemistry campaign to drill on its Inal gold permit in the gold-rich Tasiast area of Mauritania.

There had been recent discoveries of multimillion-ounce gold deposits in the immediate vicinity of its permit area, such as Kinross’s Tasiast gold mine, which produced 175 176 oz of gold equivalent in 2016.

Hertani explained that the geological context of the structure hosting the gold mineralisation of the Tasiast deposit followed a north-south shear and ground geochemistry carried out on part of the permit had provided “promising results”, which could be a guide to further mineralisation findings.

Further, Suricate is looking for a suitable technical and financial partner or partners to accelerate the prospecting of its Touracine and Tamreikate deposits, which present a “powerful magnetic signal” associated with geochemical anomalies for lithium.

“Niobium, tantalum and some rare earths, particularly dysprosium, are present . . . We are also targeting nearby brackish waters, which can also be lithium traps,” Hertani highlighted.

Suricate believes that its projects have “enormous potential”, which provides a “golden opportunity” for interested parties to join the company in unlocking the country’s full mineral resource value.

“We are offering all serious investors the opportunity to visit our project sites and see . . . the value that our portfolio holds. Suricate looks forward to welcoming them to Mauritania soon,” Hertani concluded.