Every employee has opportunity to own dignified home – RBPlat

Every employee has opportunity to own dignified home – RBPlat 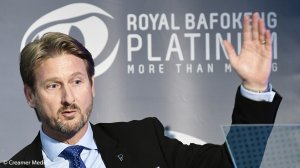 JOHANNESBURG (miningweekly.com) – The ring-fenced housing development of platinum group metals (PGMs) mining company Royal Bafokeng Platinum (RBPlat) provides every employee with the opportunity to own a dignified home, RBPlat CFO Hanré Rossouw said on Tuesday, when he noted the company’s R53.5-million housing project for the new Styldrift mine.

Rossouw pointed out that the 351% cost increase above last year’s R21.3-million housing expenditure related mainly to a non-cash spend in the amortisation and fair value adjustment of the loans that were offered to RBPlat employees at a preferential rate. (Also watch attached Creamer Media video.)

As part of the black-controlled JSE-listed company’s sustainability strategy, 1 000 families live in the RBPlat housing development, with R944.5-million invested in social and labour plans in the last ten years.

Nearly 12% of procurement is from the local businesses of historically disadvantaged South Africans.

Supported by a strong PGMs pricing environment, RBPlat’s BRPM mine reported a 218 % increase in gross profit to just over R1-billion and Styldrift, in its first year of commercial production, reported a gross loss of R279-million owing to the high cost levels of depreciation during ramp-up. The overall gross profit for the operations thus increased by 147% to R807-million.

On an earnings before interest tax depreciation and amortisation (Ebitda) basis, BRPM’s profits more than doubled from R776-million to just over R1.6-billion for 2019.

Styldrift contributed nearly R300-million of Ebitda in its first year of production and should actually be able to comfortably outperform BRPM at full ramp-up, Rossouw said at the company's presentation of results covered by Mining Weekly.

“The mining industry, and certainly also the PGMs industry, has been particularly guilty of destroying shareholder value through poor capital allocation. We are fortunate that we’ve been able to build and fund a new world-class mine through the trough of the most recent cycle and remain committed to being disciplined in our capital allocation, despite the rush to the head that improved market conditions could bring,” said Rossouw.

“Our capital allocation framework is integrated into our strategy, our business planning and management processes in order to balance risk and returns in the application of financial capital in our business.

“Critically, the assessment of financial risk and returns is extended also to the consideration of the impact of manufactured, human, intellectual, social and natural capital. Our governance structures, including the delegation authority, are mandated as such that the right decisions are made at the appropriate level in the organisation to best assess risk and returns and to ensure that accountability in actions are appropriated at the right level.

“We apply a rigorous valuation process to motivate, support and trap the performance of operational improvements, organic growth projects and potential mergers and acquisitions. This process recognises the significant uncertainty in macroeconomic factors, with the aim to balance risk and return throughout the commodity cycles.

“The funding of financial capital is a further important component of our capital allocation framework. This is done through an ongoing assessment of the source of capital, including equity, and  various sources of debt, in order to maximise shareholder returns, while containing the appropriate level of risk,” Rossouw said.

“There can certainly be no discussion of capital allocation without talking about a dividend. But first one has to have the balance sheet. We concluded the year with a robust balance sheet and the net debt production was assisted by a successful rights offer, which in the process, increased our free float from just over 50% to nearly 60%.

“We have strong liquidity and sufficient funding capacity to fund our business, with facilities of R3-billion overall. The successful ramp-up of Styldrift, together with the ongoing cash-generation of BRPM and royalties from Impala Platinum, is expected to underpin strong cash flow generation that will support sustainable dividends. As such, the board has approved a dividend policy to distribute a minimum of 10% of free cash flow before growth capital, while maintaining discretion to consider balance sheet flexibility and prevailing market conditions.

“This will be done through an annual dividend each year, with consideration also given to return excess cash to shareholders through a special dividend,” Rossouw outlined.

Basic earnings a share were 26.3c compared with 78.1c however, impacted both by high cash costs and levels of depreciation owing to the Styldrift ramp-up and interest charges relating to the Rustenburg Platinum Mine Limited’s deferred consideration.

Revenue increased by 106.6% to R7 491.9-million, a result of the addition of Styldrift revenue and the improved macro environment.

At year-end, cash and cash investments totalled R814.2-million. Some 68.1% of capital expenditure could be funded from cash generated by the operations.