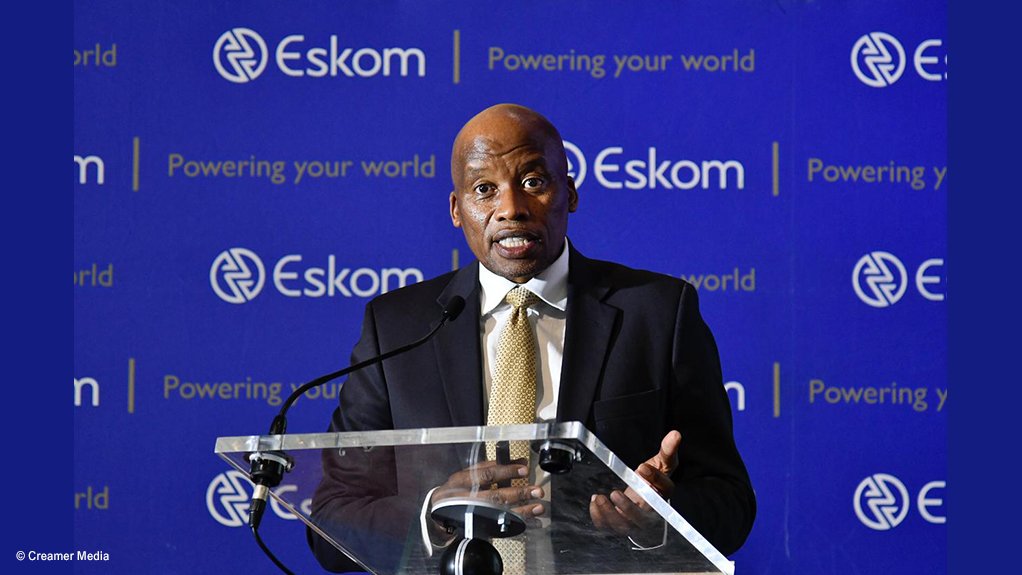 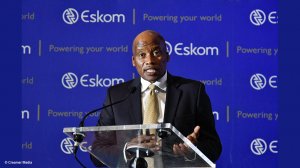 Electricity utility Eskom has again highlighted the risk of load-shedding during the current winter period, during which it will rely heavily on the country’s expensive diesel-fuelled open-cycle gas turbines (OCGTs) to either avoid rotational cuts or reduce the intensity of such cuts.

Such a worst-case scenario would arise should Eskom fail to restrict unplanned unavailability, or the combination of full and partial breakdowns, to below 12 000 MW, which has been set as the ‘base case’ threshold for avoiding power cuts this winter.

If breakdowns can be limited to 12 000 MW, the utility expects to operate through winter without resorting to load-shedding, while burning about R1-billion worth of diesel.

During the most recent summer, the average level of breakdowns during evening peaks was 14 588 MW.

However, acting generation MD Rhulani Mathebula says that the performance of the coal fleet, whose unreliability lies at the heart of the current load-shedding risk, typically improves.

This improvement is partly the result of lower planned maintenance, which will be ramped down to meet higher levels of winter demand of closer to 35 000 MW, as well as the fact that several of the power stations perform better in colder conditions, especially the dry-cooled plants.

Already in the year-to-date, the utility has made expensive use of its OCGT plants to limit the intensity of load-shedding, have spent R6.4-billion on diesel during the 2022 financial year, its worst-ever load-shedding year.

The price of diesel has also surged following Russia’s invasion of Ukraine and COO Jan Oberholzer reports that Eskom is estimating that the rise will have a R15-billion to R20-billion negative impact on its costs this year.

Scheppers reinforced that the utility’s ability to consume diesel was, thus, constrained by the group’s finances, as well as the logistical infrastructure used to supply diesel to its OCGT plants.

The utility has stated previously that these logistics constraints place a R1.5-billion-a-month cap on its diesel spend, with logistics at its Ankerlig plant being particularly constrained by the fact that it relies on road tankers for refuelling.

In other words, should the level of breakdowns rise to the 15 000 MW-type level, Eskom’s ability to lower the intensity of load-shedding through the use of the OCGT plants will be constrained in the period ahead.