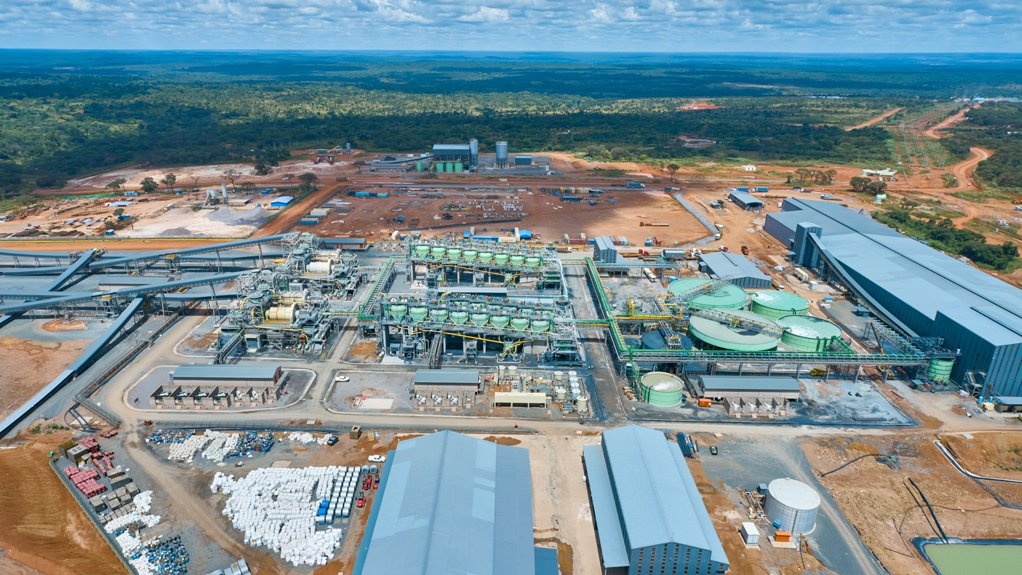 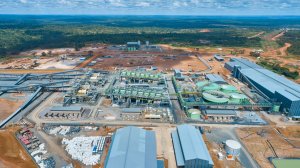 In its endeavours to ramp up copper production and become the third-largest copper producer, diversified miner Ivanhoe Mines has started earthworks on a 500 000 t/y direct-to-blister flash smelter at its Democratic Republic of Congo- (DRC-) based and 39.6%-owned Kamoa-Kakula copper mining complex.

The smelter – with a nameplate capacity to produce 99%-pure blister copper – has been sized to process most of the copper concentrate forecast to be produced by Kamoa-Kakula's Phase 1, Phase 2 and Phase 3 concentrators.

The smelter will be built adjacent to the Phase 1 and 2 concentrator plants and is designed to use technology supplied by Metso Outotec, meeting the International Finance Corporation’s emissions standards.

Ivanhoe notes that Nerin actively promotes the advancement of smelting technology through its own research and development, and establishing various partnerships with global industry peers, including Metso Outotec.

Once in operation, the smelter is expected to enable Kamoa-Kakula to reduce its cash costs per pound of payable copper produced by about 10% to 20%, driven by significantly reduced transportation costs, reducing overall volumes shipped by more than half, as well as more favourable tax treatment, and the recovery and sale of sulphuric acid as a by-product revenue.

Ivanhoe says there is strong demand and a market for sulphuric acid in the DRC to recover copper from oxide ores. Copper mines in the region currently import significant volumes of sulphur used in sulphur-burning acid plants to produce sulphuric acid for the treatment of oxide copper ores. The DRC also imports sulphuric acid, primarily from Zambia.

The Phase 3 expansion of Kamoa-Kakula complex is also on track to take the mine into third place on a global copper production scale, increasing yearly copper production capacity to about 600 000 t by the fourth quarter of 2024.

Kamoa-Kakula’s Phase 3 will consist of two new underground mines known as Kamoa 1 and Kamoa 2, as well as the initial decline development at Kakula West.

A new, five-million-tonne-a-year concentrator plant will be established adjacent to the two new mines at Kamoa, taking total processing capacity to more than 14-million tonnes a year.

Going forward, the existing Phase 1 and 2 concentrators will be de-bottlenecked and operating at a combined throughput of 9.2-million tonnes a year by the second quarter of 2023, which is expected to increase Kamoa-Kakula’s copper production to more than 450 000 t/y.

Meanwhile, negotiations for an amendment to Kamoa-Kakula’s offtake arrangements for Phase 2 production are nearly complete, with copper product currently being shipped under existing, Phase 1 agreements.

Kamoa-Kakula’s Phase 3 expansion will be powered by hydroelectricity through Kamoa Copper’s Inga II partnership, which is expected to generate an additional 178 MW of renewable hydropower for the DRC.

“We are at an inflection point for the copper industry . . . one where we must determine how to meet growing demand, even as discovering and building new mines becomes ever more challenging.

“Humanity will likely require as much copper in the next 22 years alone as it did through this point in its history – [about] 700-million tonnes – just to maintain 3% gross domestic product growth,” he says.