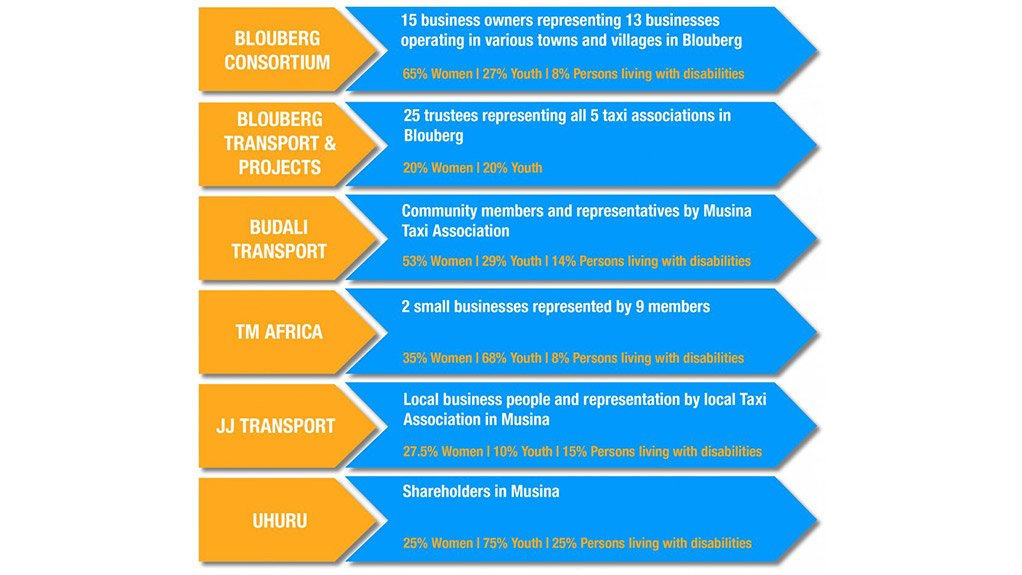 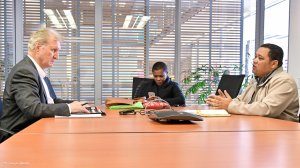 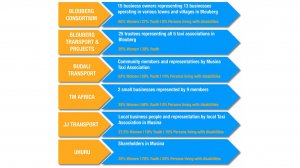 Diamond mining company De Beers Consolidated Mines (DBCM) has concluded the process of selecting six local black economic empowerment (BEE) partners as part of an impressive R600-million to R700-million, eight-year transport empowerment initiative at the Venetia diamond mine, in South Africa’s Limpopo province, where the Anglo American group company is at an advanced stage of investing $2-billion in an underground project, which will extend the life of this high-value operation to 2045.

The Venetia Employee Bussing Empowerment transaction involves the creation of two separate BEE bussing companies to transport 3 500 employees and contractors from the labour-sending areas of Musina and Blouberg on 48 buses to and from the Venetia mine, which operates 24/7, 365 days a year.

The dissimilar characteristics of the Blouberg and Musina labour-sending areas prompted the need for the two separate BEE companies, one attuned to the wide geographic spread of the Blouberg area and the other to the fast-growing Musina.

Each of the two new established companies has an initial 40% BEE shareholding, plus an option to increase that by 11% to a controlling 51% within the first five years of the eight-year contract.

“We’re particularly proud of being able to ensure broad-based BEE participation, with vulnerable groups like women’s organisations and people living with disabilities being well represented, along, very importantly, with youth, who are our future leaders. We designed it to be as broad-based as possible because the contract is substantial and it extends over eight years, which provides time for capital repayment, skills training and, ultimately, profits at the end of the contract,” DBCM senior manager for enterprise and supplier development Gregory Petersen explained to Mining Weekly.

the investment of R1-million by the relevant BEE groupings in each of the two new empowered bus companies;

the participation by the empowered enterprises in a DBCM-sponsored business development programme;

the provision of technical training by VM Diamond Transport, the current Vaal Maseru Bus Services group contracting company, which will also invest R2.5-million in working capital into the two empowered entities, in which it will have initial 60% shareholdings; and

the recapitalisation of the bus fleet, with the level of the capital cost of the existing fleet ranging from R75-million to R100-million.

“We’ve allowed for five years of skills transfer, so that, by the time these BEE companies acquire the majority share in these companies, they’ll have the know-how to run the businesses safely, efficiently and profitably,” Petersen, 42, told Mining Weekly.

Of the two companies making up the 40% BEE shareholding in the Blouberg Newco, one is owned by 15 small business proprietors whose businesses are widely spread across the Blouberg area, and the other by Blouberg’s five taxi associations. Each has a 20% vote and a seat on the board with VM Diamond.

Contracting companies active at the Venetia mine, including Basil Read and AEL, are supporting the empowerment initiative by committing to use the services provided by the two newcos.

While a small dividend is expected to be declared for some at the end of the first year, the more substantial dividend flow is expected once real returns begin to manifest later in the contract period.

Not only will the empowered companies have the opportunity to tender for the new contract in eight years’ time, once the existing contract comes to an end in 2026, but it is envisaged that the two newcos will also extend their services beyond serving the Venetia mine and also bid for other bussing business on the open market.

While VM Diamond has been confined to providing transport for Venetia employees and contractors to avoid treading on the toes of other private transport providers, the broad shareholder base of the empowered companies is providing scope to pursue new business opportunities.

“It’s our hope that the new companies will actually expand their services beyond the border of the mine, because that’s the sustainability we would like to see. We’re hoping that, with the large number of community members involved, other routes will be initiated, including tourism routes, and possibly even cross-border routes into Zimbabwe,” said Petersen.

In essence, the primary function of the contract is the transport of employees and contractors to Venetia, which has a long horizon as an underground operation and runs continuous operations that require a constant coming and going of buses to match the many different shift arrangements.