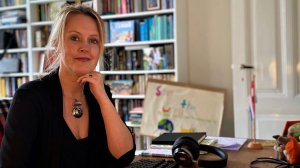 The De Beers Group is on its way to becoming a miner and marketer of carbon-neutral diamonds.

The world’s largest producer of diamonds by value is setting out to achieve – by 2030 – carbon neutrality at its mines in Botswana, Canada, Namibia and South Africa, as well as in its other operations across the diamond pipeline around the world.

The words that sum up the strategy are ‘reduce, replace and recover’, with:

“‘Reduce, replace and recover’ are the three pillars. They support our carbon-neutral strategy and the ‘reduce’ pillar was probably the one that was most advanced upon my arrival at De Beers Group in October,” De Beers Group head of carbon neutrality Kirsten Hund commented to Mining Weekly in a Teams interview. (Watch Creamer Media video.)

“We’re working with our joint venture partners in Botswana and Namibia, and our managed operations in South Africa and Canada, as well as with our downstream businesses – jewellers, diamond trading – to get each and all of us to be carbon neutral by 2030. We aim to do this by:

Rather than buying carbon offsets on the market, De Beers Group is going all out to find carbon-neutrality solutions within its own operations and on the land that is within the scope of its control and that it supports.

“It is crucial that we do this together with our stakeholders, the communities where we operate, the regulators, governments and the countries where we work, our shareholders, our suppliers, our employees and our consumers. This is not something we can do by ourselves, this is not something that we can just make up in an office, or work on with the engineers.

“It really requires a shift in thinking and doing, from all of us within the De Beers Group, and all along our value chain, so that we really create a carbon neutral value chain that lives up to the wonderful brilliance of natural diamonds,” said Hund.

Thirteen high-level replacement projects are poised to elevate the group to within 80% of its carbon-neutral target. The focus of these is on installing solar power at mines in South Africa and Botswana, and wind power in Namibia, which has massive wind potential. Being considered for Canada, are alternative fuels to replace diesel.

Feasibility studies at some mines are well advanced: “The idea is to provide solar and wind energy by working in partnership with others, and to see, in some cases, if we can sell or put clean electricity that we won’t be using back into the grid.

“We will work on this in partnership with governments of the countries in which we operate. There is also potential for excess electricity to be used to generate green hydrogen, which can be converted into electricity using fuel cells to drive trucks and provide transport. That’s the plan,” Hund told Mining Weekly.

“We’ll be identifying the number of megawatts we’ll be needing and working on the best way to get those megawatts. We’re very much at the stage of figuring out what the costs will be, and whether we will need to work through independent power producers.

“On the financial side, energy from the sun is a lot cheaper than energy from coal [among others], but everybody realises that it’s going to require investment in the short term and, at the same time, enable us to do our share against global warming,” Hund outlined.

Interesting but also challenging, said Hund, are the rapid technological advances in the field of decarbonising solutions. Because innovation and lower cost solutions continue to be the order of the day, a step-by-step modular approach will be adopted.

“It wouldn’t be smart to lock ourselves into one technology and one solution now. So, we’re taking a very modular approach, excluding energy storage at the start, but then including it in due course, because storage is such a dynamically changing field,” Hund explained.

On green hydrogen being storable in conventional infrastructure for conversion to electricity as needed, she said: “We see hydrogen as a very relevant and a good solution. Anglo American is will soon start testing hydrogen trucks at the Mogalakwena platinum group metals mine, in Limpopo. The challenge with green hydrogen is that to make it, you need a lot of clean energy.

“What we’re aiming to do is to use the excess energy that we generate to create hydrogen. But again, being part of Anglo American, we’re also very cognisant of what can be done jointly. It doesn’t make an awful lot of sense, especially in the case of hydrogen production, to do so on a mine-by-mine basis, because of the energy-intensity required. So, what can we do jointly? A head of carbon neutrality has just been hired for the whole Anglo American group, and we’re working jointly on hydrogen, especially for transportation. Venetia and Mogalakwena are in the same province and the idea is to take decarbonisation steps together,” Hund stated.

The mineral carbonation characterised by CarbonVault is in itself a natural process. Rocks, including kimberlite, capture the carbon dioxide (CO2) in the atmosphere and although the carbon-capture process takes place extremely slowly in most rocks, ultramafic kimberlite has an extraordinary capacity to absorb more carbon than other rocks. This results in kimberlite carbonation being considerably more rapid and ongoing research is under way to increase that rapidity still further.

“We’re working closely with a group of universities into different methodologies that could speed up carbon capture and help to offset emissions from our mines. Part of it is to break up the rocks and increase their surface area and thereby increase their exposure to CO2. We’re researching what can be done at scale.”

On other ways of addressing the challenge, Hund added: “The climate emergency we’re facing means we really have to consider all the different means at our disposal. For us, the key part is to change the way we operate. That means, for example, converting our trucks to run on hydrogen; no longer depending on coal-fired electricity; and either building our own clean energy plants or doing so in partnership with others.

“That is really the core part of the carbon-neutrality plan, which will be followed offsetting as a very last resort, after we have done the absolute maximum on ‘reduce and replace’ through our CarbonVault and through other nature-based solutions on our conservation properties. We really need a combination of all these different strategies to get there,” Hund outlined.

The Building Forever decarbonisation strategies that the De Beers Group has with its Debswana joint venture in Botswana are also focused on achieving carbon neutrality broadly, at mines and across the entire value chain.

Being assessed is the taking of solar potential to the next level at the Jwaneng and Orapa mines, in Botswana, and, on a smaller scale, solar panelling the roofs of the Diamond Trading Centre offices and using electric buses to take people to and from the airport, Hund explained.

In Namibia, offshore of which marine diamond extraction from the seabed takes place, the wind reserve is so substantial, the electricity generated could potentially also be sent to neighbouring Botswana, South Africa and using the Southern African power pool.

“But our challenge is also going to be the marine fuel that powers our ships. We have a series of technical working groups in place within the organisation and one is specifically focussed on the ships. We’re looking to alternative fuel for the ships, as are a number of others in the world today. Ammonia, which is a carrier of hydrogen, is one option but, again, this is such a rapidly evolving field that everything is still at the research stage,” said Hund.

Mining Weekly can report that hydrogen constitutes 17.65% of the mass of ammonia. When these two factors are combined, the result is a liquid that is simply contained, with a volumetric hydrogen density about 45% higher than that of liquid hydrogen. Hydrogen can be extracted from ammonia, first by using a catalyst to help decompose the ammonia molecule into a mixture of nitrogen and hydrogen gas; then, the hydrogen membrane allows hydrogen to pass through it while blocking any other gas.

In Canada, the De Beers Group’s remote Gahcho Kué diamond mine is largely diesel powered. The major current decarbonisation focus is on reducing diesel use by increasing efficiency and, at the same time, considering the viability of using green synthetic fuels, potentially including hydrogen.

The De Beers Group’s overall sustainability ambition goes well beyond carbon neutrality and is made up of 12 Building Forever goals aimed at lasting positive impact for communities and the natural world.

Included are the promotion of ethics, communities and equal opportunity for all, in addition to environmental protection.

“We are committed to supporting a lasting positive impact that will endure well beyond the discovery of our last diamond, and it is only by pushing ourselves to do more that we can maximise long-term benefits,” De Beers Group CEO Bruce Cleaver stated in a release to Mining Weekly.

“Diamonds have a deep connection to the natural world and the communities near where they are found. We have made significant progress in recent years as we have sought to deliver positive outcomes throughout the sector and in our partner communities, but we recognise that there is still so much more we can do,” De Beers Group sustainable impact senior VP Katie Fergusson added.

All this will be done by continuing to work alongside key organisations that provide expertise and guidance, including Fauna and Flora International, Peace Parks Foundation, UN Women, WomEng, Stanford Graduate School of Business and government partners.