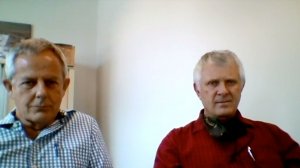 The consulting and projects divisions of BBE are both involved in the project, with the former simultaneously detailing the ventilation system to construct the mine as well as designing the permanent ventilation of the mine; and the latter constructing the surface refrigeration and air-cooling system for the new underground mine.

BBE CEO Wynand Marx describes it as a complex ventilation system in which all production ends are ventilated depending on the activity at the time effectively making for a “ventilation-on-demand” system.

While primary areas need to be ventilated all the time, individual working areas can be ventilated according to the activity in the area at the time.

This is mostly achieved by controlling auxiliary fans and opening and closing of ventilation ducts.

“Not ventilating a mine all the time can result in the mining company saving money,” he says.

BBE Projects joint head Richard Gundersen adds that the “ventilation-on-demand” system is efficient because energy is only used when required.

“Air is moved only when needed and cooling is done only when it is required. Although it is very easy to constantly ventilate the whole mine, it is also costly,” he notes.

Mining companies have acknowledged that they have to be agile in terms of ventilation, as certain mine designs do not allow for constant ventilation because primary airways cannot cater for multiple ends.

While the Venetia diamond mine has been an openpit mine up to now, it is transitioning to an underground operation.

BBE Projects was appointed to build a refrigeration system, cooling towers and two air coolers to ensure that the underground operations will be adequately cooled.

Gundersen says Venetia has a centralised surface cooling system that cools the air above ground before being drawn underground. This avoids the pumping and associated costs involved when transporting cold water underground for underground cooling purposes.

Marx points out that BBE’s VUMA software, developed over decades, has been continuously adapted in line with new technologies.

VUMA provides a live monitoring function, as well as a forward simulation and is programmed to cater for underground conditions.

“The software provides a degree of artificial intelligence because it gathers information, models and processes it, and feeds it back to the mine system, which then self-corrects to keep in tune with the circumstances.”

“A system is only as good as the people who programme the algorithms, as this determines the success of a particular software and, ultimately, the ventilation system,” says Gundersen.

In addition, VUMA has the advantage of the depth of experience in the BBE organisation and being locally developed in South Africa.

VUMA is an integral part of BBE’s offering to clients and is available to them free of charge. Clients can also benefit from customised training on the correct use of the software for their particular operation.

BBE does not have predesigned solutions that fit all mines, as Marx emphasises that ventilation solutions are unique for every mine, with every project presenting unique challenges and requirements that BBE adapts to as and when required.

Gundersen adds that, when designing a refrigeration system for an underground mine, there are limitations in terms of accessibility, heat rejection, pumping systems and the size of the shaft, all of which need to be considered.

Such limitations also include other variables such as the costs of production in any given mining jurisdiction.

He points out that companies do not realise how many factors influence the design. For example, some mines have a constant year-round climate and, as such, the cooling system must be designed to run for 365 days.

However, for a project in Canada, the company built a refrigeration system that runs for only four months in a year.

The company’s years of experience ensure that it provides custom solutions, regardless of the area of operation or the many variables that exist.