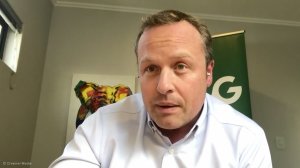 JOHANNESBURG (miningweekly.com) – The use of coal is enabling the energy transition, owing to its provision of a basis for the economy to develop, drive wealth and enable economic progress, which then, in turn, creates and enables the funds for stronger and further investment into renewable energy, says Boston Consulting Group MD and partner Tycho Möncks.

“Very often the discussion is that coal and renewables are enemies - that it’s either one or the other; and I don’t think that’s the right mindset [to have],” he tells Engineering News and Mining Weekly.

Möncks acknowledges that while coal is facing issues from a decarbonisation perspective, the mineral also faces tension in the sense that it is a contributor to global warming, even as it remains a substantial contributor to electricity production, steel and even cement manufacturing.

However, while there is a global trend to move away from fossil fuels, specifically coal, towards renewable energies, Möncks says a switch from coal-fired generation to renewable energy almost overnight will not be feasible for South Africa as it will have significant economic consequences, such as industrial activity coming to a halt – which the country can ill-afford.

An alternative narrative to this is the push for renewable energy to complement the baseload generation from coal, and when required, integrate hydropower or even biofuels to a certain degree.

“Those renewables are growing in their relevance, but at the same time, in order to ensure the baseload coverage, coal will be needed for power generation for quite some time,” he says.

As an example, Möncks refers to South Africa’s Integrated Resource Plan of 2019, which encourages a decline in coal’s market share, rather than a rapid or hard stop.

Looking at the increasing demand for electricity, of which load-shedding is an unfortunate consequence, it is assumed that the demand for coal will remain relatively stable over at least the next ten years, he says.

In terms of the future of coal mining from a global perspective, the transition away from fossil fuels to renewables “can be done”, but the speed at which that transition takes place should consider the drivers that influence the future.

Two key drivers as a direct influencer are how much electricity is required and what will happen to global supply chains as coal is used less and less.

With the advent of the Covid-19 pandemic, this has already come to fruition.

As economies slowed down or, in some cases, came to a halt, so too did the demand for the commodity.

Another element presented by the pandemic is that of potential structural changes, which may become permanent. For example, Möncks suggests that the pandemic could be an accelerator for increasingly different ways of working, which implies that the need and demand for office space and transport may be impacted.

As a final consequence, this will lead to a reduced demand and need for commodities, even coal.

It is for this reason that Möncks encourages coal industry stakeholders to remain as cost competitive and efficient as possible, while applying carbon-friendly technologies, so that the commodity may continue to remain relevant and encourage foreign direct investment into South Africa.

“The attractiveness opinion of South Africa’s mining market is really low,” he adds, noting that this is partially driven by the uncertainty surrounding the Mining Charter and the country’s electricity generation and stability issues, which are critical for mining operations.

Changing this perception and addressing these issues or concerns “would make a huge difference in addressing the competitiveness of the [South African] mining industry”.

In order to get to this point, Möncks suggests that greater clarity and trust in the sustainability of the Mining Charter is required, and this could be achieved by “simply writing it into law”.

In terms of electricity supply, he notes that South Africa has already made strides in this area by lowering the impediments to self-generation through the use of renewable energies. Although, unfortunately, the permitting processes need to “be further improved and eased”.

Further, while concerns surrounding energy supply and the Mining Charter remain rampant in the global mining community, Möncks tells Engineering News and Mining Weekly that South Africa is largely unknown and untraversed in terms of exploration.

“The vast majority of South Africa is just not mapped, and this information is just not available. So, there might be good minerals and metals that are in the ground, but no-one knows that they [exist yet],” he suggests.

Möncks says that driving country-wide exploration to fully understand and be aware of what South Africa has in its ground “could be feasible” when considering options for future mining.