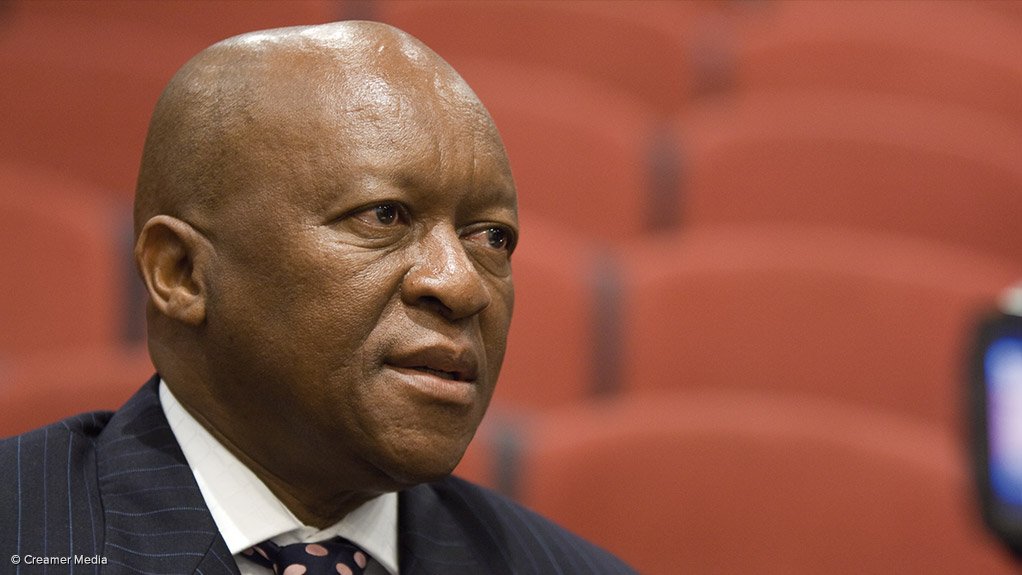 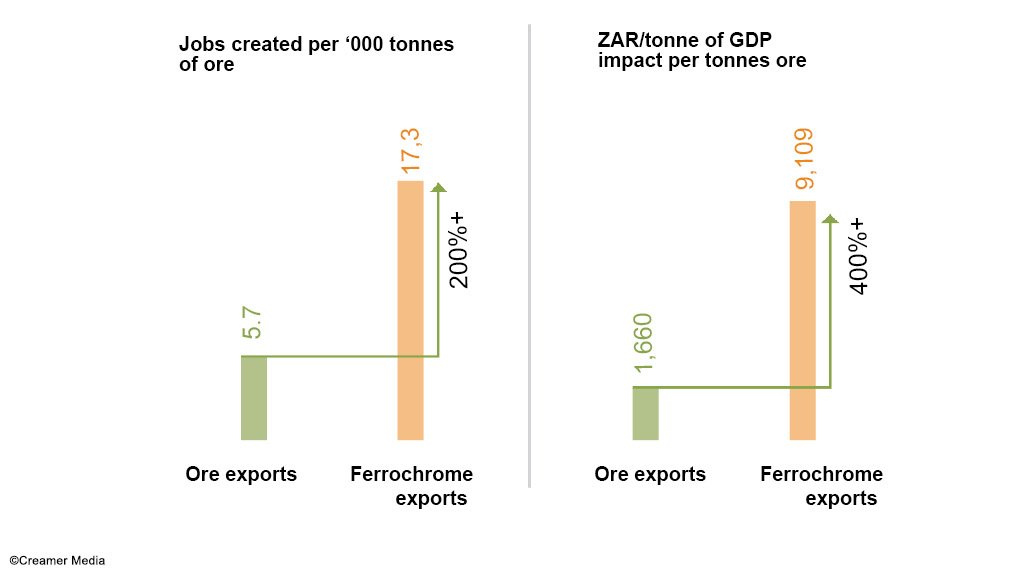 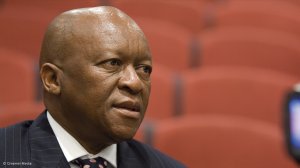 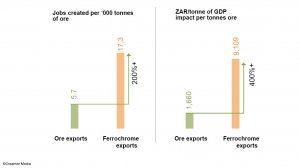 JOHANNESBURG (miningweekly.com) – The imposition of a tax on the export of chrome ore is a positive step, but to enable South Africa’s once-dominant ferrochrome industry to compete successfully once again, electricity prices should be made affordable by way of special dispensation, says mining stalwart Steve Phiri, who was speaking in his personal capacity and not representing the views of Minerals Council South Africa, of which he is vice president.

South Africa’s ferrochrome industry is under existential threat after losing significant market share to China, which sources most of its chrome from South Africa.

Phiri, a former CEO of ferrochrome producer Merafe Resources when the early signs of decline set in, was responding to questions put to him by Mining Weekly. He is the current CEO of Royal Bafokeng Platinum.

These are the questions Mining Weekly put to Phiri: As you were in the ferrochrome business when the early signs of decline became evident, what can you suggest to save the ferrochrome industry and, at the same time, not penalise the chrome ore exporters; and what is your view on the imposition of an export tax on the export of raw chrome ore?

To avoid chrome ore exporters being hurt by an export tax, could excess ferrochrome smelting capacity (only 60% to 65% of furnace capacity is being utilised currently) be used to toll treat local chrome ore and for would-be chrome exporters to instead share optimally in the export of their ore as ferrochrome by all or some of South Africa’s seven ferrochrome producers?

These are Phiri’s responses: “This is not a simple issue to address as there are conflicting interests around it. Early signs of a decline in South African ferrochrome demand showed in 2004 and in 2005. The ferrochrome industry then started engaging government to stop or restrict the export of chrome ore, which enabled China to produce its own ferrochrome through the South African chrome ore, inter alia.

“The government was reluctant to intervene, despite the declared beneficiation policy. It continued to allow export of unbeneficiated ore and the ore sales business has now spiralled to an extent that it has become a primary business and ferrochrome secondary.

“The unreliability of power supply as well as the high and uncompetitive electricity prices are not helpful to the ferrochrome business to remain sustainable. While the imposition of export tax on chrome ore is a positive step, I do not think it will go far enough in alleviating the pressures the ferrochrome industry finds itself in. It will not stop China from buying South African chrome ore but it will certainly reduce the margins of ore exporters.

“My view is that to enable the ferrochrome industry to compete with China and Kazakhstan, electricity prices should be made affordable. A special dispensation could be made. Whether export tax should be imposed to limit export quantities, I am not sure that will pass the test of rationality but if it is purely to raise revenue, it will be justifiable. As said above, I would still be not sure it will prevent the export in high quantities but some restriction/s in export quantities could assist.

“As to your question whether some excess smelting capacities could be utilised by ore exporters to produce and export ferrochrome, that would not easily materialise for three reasons: electricity tariffs are high and render the ferrochrome industry uncompetitive; with the margins achieved by the ore exporters, their appetite for smelting would be low; and a big quantity of chrome ore export is UG2 ore by platinum group metal producers who may feel that ferrochrome production is not their core business,” Phiri stated in his written response.

This was the response of AmarathCX director Paul Miller to the same Mining Weekly questions: “Ferrochrome equals chrome ore plus electricity and a few other things like reductants, capital etc.  We, as a country, have completely messed up our electricity supply and we need to fix that part of the equation to cure the disease. The rest is just pussy footing around the edges, treating the symptoms, not the cause etc,” Miller stated in his written reply.

“We need to negotiate the best possible solution for flexible electricity supply to the ferrochrome industry and use the chrome industry to help manage the peaks in demand.

“We could also look at removing or reducing royalties on ferrochrome production and sales, rather than putting an export tax on chromite concentrate exports, if we were serious about trying to save the industry.

“Another concept is maybe we should stop issuing new chrome mining rights for a while, especially when the market for the mine is exports and not local processing. And informal chrome mining permits in particular,  just put a moratorium on it for a few years.  Let’s cap supply for a while to let the market stabilise.

“There is already a significant informal chrome mining, washing and trading industry - you only have to look at satellite images of Witrandjie on the Western Limb or Twyfelaar on the Eastern Limb.  It won't be long until this industry finds a way to evade the export tax – much as every smoker could still find cigarettes during lockdown.  Already a lot of chromite concentrate is being exported in sealed containers anyway, making malfeasance that much easier,” Miller added.

FURNACES AT 65% OF CAPACITY

Mining Weekly can report that of the installed capacity only 60% to 65% of South Africa's ferrochrome furnaces are operating owing to the lack of competitiveness of smelting in general as a consequence of high electricity prices.

Almost two-thirds of the world’s chrome ore is mined and produced in South Africa, which provides more than 85% of seaborne chrome ore traded.

The importance of South Africa when it comes to chrome ore is highly significant, which makes chrome ore different to most other commodities in the global sense because of the world’s overwhelming dependence on South Africa for chrome ore.

South Africa has a mature chrome value chain, with the ferrochrome industry, even at a time when it is under existential threat, contributing R41-billion to South Africa’s gross domestic product, earning the country $2-billion a year in foreign income, providing 8% of Eskom’s revenue of R14-billion a year and supporting 20 South African reductant mines by buying 2.5-million tonnes of product a year. It has 6 851 direct employees and supports 68 000 jobs overall.

However, ChromeSA stated on November 5 that it remained committed to developing alternative solutions to the proposed chrome ore export tax, which, it said, boosted one industry, or one part of the value chain, at the expense of another, with flawed justification.

The chrome miners, ChromeSA added, relied on maximum value being realised from the natural resource to retain employees, business and community welfare.

The Genesis analysis of the Cabinet-approved chrome ore export tax analysis suggests that many of the extreme assumptions which underpin the proposed logic of the export tax are either highly uncertain or simply do not hold. The Genesis report’s main conclusions are:

“In our view, the implementation of the proposed export tax would be a high-risk intervention that would impose significant cost on non-integrated chrome ore producers, while delivering (at best) uncertain benefits for the South African ferrochrome sector.

It should also be noted that the proposed export tax places the weight of risk and cost on non-integrated chrome ore producers (particularly the prime chrome ore producers), while all of the benefit that may be generated from the tax would accrue to the domestic ferrochrome producers (and the government fiscus).