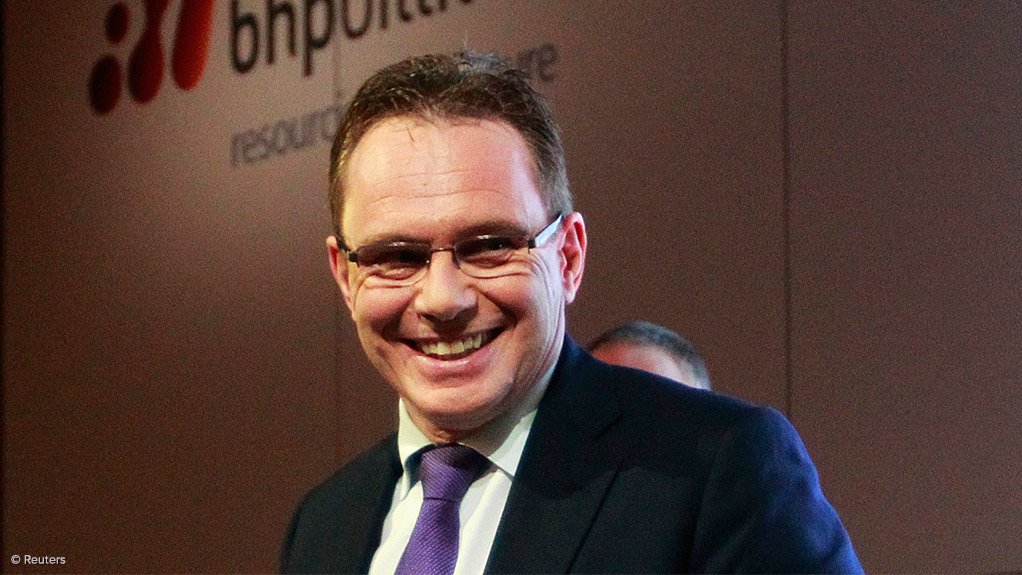 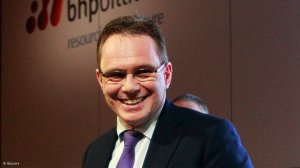 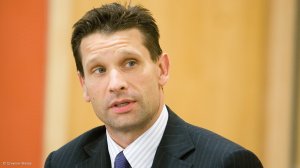 JOHANNESBURG (miningweekly.com) – China will continue to grow at 7% this year, BHP Billiton CEO Andrew Mackenzie said on Tuesday, when the mining giant posted a solid set of dividend-paying results.

Mackenzie, who rejected the notion that China was “impossible to read”, expected the second half of this calendar year to be stronger for his company than the first half, driven by China’s retail and services sectors and only slightly slower steel demand.

“I don’t agree that China isn’t articulating its strategy well. I think it’s clear but you do have to look deeply and across all the sectors and that’s what we do as a company,” said Mackenzie, who added, however, that the Chinese government would trade a few basis points of growth for fixing corruption, improving banking and protecting the environment.

In a global media conference call in which Creamer Media’s Mining Weekly Online took part, Mackenzie told journalists that while the Chinese government policy had cooled the property sector and fixed asset investment, it had added more weight to reforms that would bring about an effective transition from investment to consumption, “which is actually going well”.

Medium-term recovery was already under way in the construction sector with increased consumption in the machinery and transportation sectors.

Poised to benefit BHP Billiton in particular was the expected eclipsing of ferrous scrap by pig iron, for which BHP Billiton supplies iron-ore and metallurgical coal.

This expected sweet spot for pig-iron was linked to the LSE-, ASX- and JSE-listed company’s reduced Chinese steel production forecast of between 935-million tonnes and 985-million tonnes a year, with a mid-2020s peak.

The company’s previous forecast was that Chinese steel production would rise to one-billion tonnes between 2025 and 2030.

Against that background, prices were forecast to remain subdued, putting the company’s high-cost iron-ore operations under threat.

However, in the longer term, demand for all of BHP Billiton’s commodities would increase, driven by the continuing rise in population, wealth creation and urbanisation in emerging economies in general.

“It’s our ability to improve productivity and capital efficiency, which shines out from these results,” Mackenzie said of BHP Billiton’s performance in the 12 months to June 30, which saw underlying earnings of $7.1-billion, excluding exceptionals, support a final dividend of 62c a share and take the total dividend to 124c a share – an effective 28% return.

Cost savings of $4.1-billion are not only above target but also three years ahead of schedule, CFO Peter Beaven outlined.

Capital expenditure guidance has been cut to $8.5-billion for this financial year with $7-billion guided for the next financial year, without slowing any growth plans.

Net debt has been cut to a below-consensus $24.4-billion.

“The $4.1-billion-a-year cost reduction is remarkable,” Investec Securities commented in a note, adding that BHP Billiton remained in a good position to meet its ongoing dividend requirements.

BHP Billiton has maintained its "progressive" dividend policy, paid for by its own generation of cash during a period in which oil prices plummeted 48%, iron-ore prices dropped 40% and copper prices fell 20%.

Increased productivity focus – helped by the demerging of South32 – and lower costs of production took the edge off those falls, but could not reverse them entirely.

BHP Billiton’s year-on-year earnings being down came as no surprise given the decline in commodity prices.

But what was notable, said Investec Securities in a note, was the extent to which it was combatting the decline, which included the saving of $3.8-billion in controllable items.

BHP Billiton delivered underlying earnings before interest, taxation, depreciation and amortisation of $21.9-billion in the 2015 financial year, down 28%, as lower realised prices reduced earnings by $16.4-billion and more than offset the substantial productivity gains that continue to be achieved across the portfolio.

Noncash charges increased by $1.3-billion and contributed to a 46% decline in underlying earnings before interest and taxation to $11.9-billion.

It generated $6.3-billion of free cash flow while still investing $11-billion in capital projects and exploration.

Five employees were killed in the period, which has prompted a major health and safety drive.

Chinese steel production declined by 1.3% triggered largely by a slowing construction sector and China’s steel exports are at an all-time high.

The supply of most steelmaking raw materials has grown faster than demand.

In iron-ore, 100-million tonnes of incremental lower cost seaborne supply is expected to enter the market in the 2015 calendar year, outweighing demand growth.

Private mines in China have seen their operating rates fall from 90% in the 2011 to 35% currently.

Many producers have also cut their costs. As a result, the iron-ore cost curve has both flattened and fallen from previous levels.

Despite healthy seaborne demand growth from India, China’s import demand has weakened, limiting prospects for price recovery in the near term.

In copper, prices were affected by weaker than expected consumption and the strengthening dollar.

New supply under development is expected to keep the market well supplied.

However, a deficit is expected to emerge at the end of this decade as grade decline, rising costs and a scarcity of high-quality future development opportunities are likely to constrain the industry’s ability to meet attractive demand growth.